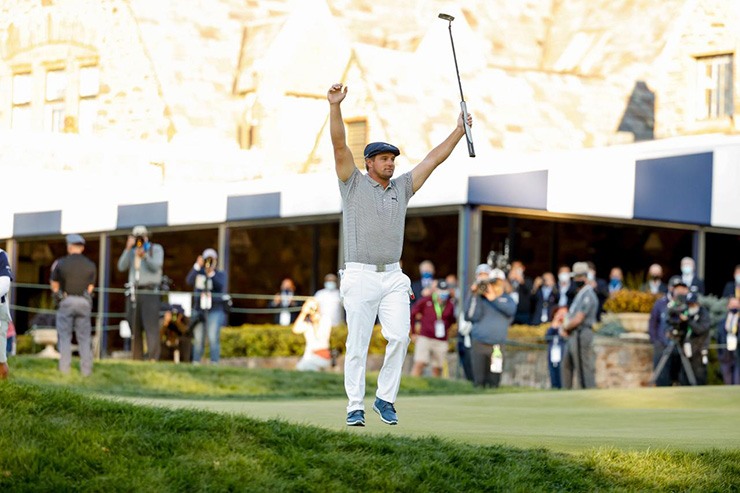 By Joel Beall
Bryson DeChambeau will be making his first start since his U.S. Open triumph at this week’s Shriners Hospitals for Children Open. A start that will serve as a Winged Foot rematch of sorts.

DeChambeau, who won the Shriners two years ago, will be paired with Matthew Wolff and Cameron Champ for the first two rounds at TPC Summerlin.

The featured group is as close to a fireworks display as you’ll see on the PGA Tour. DeChambeau led the tour in driving distance last season with a 322.1 yard average, narrowly edging Champ (322.0 yard mark) for the distance title. Wolff wasn’t too far behind at a 311.6-yard clip, good for ninth on the circuit.

Of greater note, DeChambeau and Wolff were paired together in the final round at the U.S. Open. Despite beginning the day two back of Wolff, DeChambeau turned in the only under-par round that Sunday to clip Wolff by six shots to win his first major championship. Champ (73-78) failed to make the weekend proceedings in Mamaroneck, N.Y.

The Shriners begins on Thursday. Na is the defending champ.