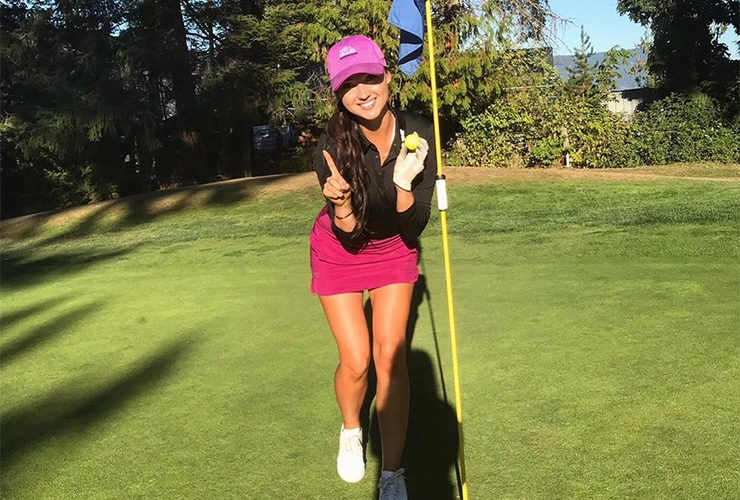 By Alex Myers
Welcome to another edition of The Grind, where we might need to take some legal action. First, a fantasy sports personality started a video series called “The Grind” earlier this summer, and now the NFL Network’s Rich Eisen is doing the same thing. Can you say, “Cease and desist,” people?! As someone who created this “The Grind” nearly SEVEN years ago, I take this matter seriously. But I also had a good chuckle when I thought about this playing out in court and having lawyers bring in life-size cut-outs of Paulina Gretzky and Jena Sims vacation Instagrams as evidence.

There’s a new @NFL show in town. Watch highlights, features and commentary from @RichEisen every single week of the football season.#NFLTheGrind premieres Next Wednesday, Sept. 11th at 9/8c, only on EPIX: https://t.co/YKFfkK5xIX pic.twitter.com/bhvQ2Rhrbn

On second thought, considering the lawyers at the NFL’s disposal, including a certain commissioner, forget I said anything. Please don’t hurt me, NFL! There’s plenty of room in the world for another The Grind. And to be fair, it’s a pretty common phrase. So Rich, you do your thing and I’ll do mine! Sound good? Good. OK, let’s pretend this conversation never happened and move on … 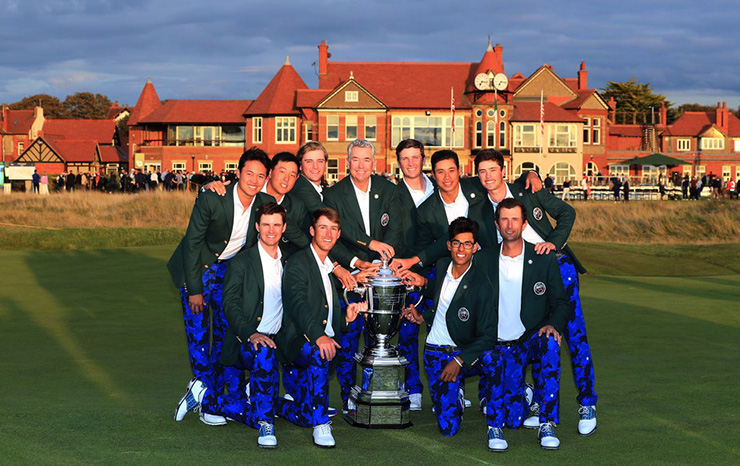 It’s the first time a Walker Cup has been won on the road since the fabled U.S. squad of 2007 that included Dustin Johnson, Rickie Fowler, Webb Simpson, Billy Horschel, Kyle Stanley and Jamie Lovemark. Talk about a Dream Team. But the 2019 version proved to be pretty formidable, too—especially considering guys like Matthew Wolff and Collin Morikawa could have been on the team if they hadn’t turned pro. Oh yeah, I’m also buying those pants. Talk about making a statement!

Paul Casey: One of those, “Why doesn’t he win more?” golfers, Casey added to his career victory total at the Porsche European Open. For someone who plays so much great golf around the world, incredibly, it was Casey’s first European Tour title in nearly five years and the 14th of his career. OK, so 14 wins—to go with three PGA Tour titles—is nothing to sneeze at, but, yeah, why doesn’t he win more? I mean, congrats, Paul!

Brooks Koepka’s commercials/acting: Koepka’s two new ESPN SportsCenter ads aren’t the best I’ve seen (to be fair, ESPN has set a pretty high bar), but Brooks does a nice job with the parts he was given. Check them out:

I wonder if he’ll get needled in the locker room moreover those commercials or appearing in the ESPN Body Issue? Then again, he’s Brooks Koepka, so he couldn’t care less.

Sara Winter’s luck: Fun fact! The former Miss Universe Canada was featured in the first-ever episode of The Grind a few years back for making an ace. (You know because we’ve been around for a WHILE, Rich Eisen.) Let’s take a trip down memory lane!

Wow, seems like just yesterday. (Except it definitely was NOT yesterday, Rich Eisen.) Anyway, Winter made two more aces in the past couple weeks giving her a total of five. Must be nice.

A Miss Universe candidate who makes holes-in-one left and right, huh? We wish her the best in life because clearly she doesn’t have a lot going for her.

Walker Cup TV coverage: Or, lack thereof. Somehow, despite there being no PGA Tour or LPGA Tour events on the schedule, the Walker Cup wasn’t shown live. Anywhere. The brunt of the blame falls on the R&A, which limited broadcast coverage in the U.S. and the U.K. to merely one-hour highlight packages each night. It’s 2019, people! I can’t watch golf’s top amateur team competition, but I can watch competitive eating and cornhole? What a world.

Matt Kuchar’s rules interpretations: Is this guy just trying to sabotage his reputation at this point?

Announcers were not too happy pic.twitter.com/Jnd9GItyPq

Technically, Kuchar didn’t break any rules with his waste bunker rearranging in Germany (he missed the cut anyway—golf gods!), but this is not within the spirit of the rules, no matter how loosey-goosey they’ve gotten.

Golf’s animal/worm rule: Paul Casey’s win included this made putt in which his golf ball rolled over a bug:

Turns out, Paul would have to replay the stroke if he had purposely hit the bug (Or an animal of any kind). You know, because a golfer would actually do that. So to summarize, you can’t intentionally play a shot off a freaking animal, but you are allowed to give yourself a perfect lie in a waste bunker. Makes sense! Golf’s rules are so ZANY!

The PGA Tour is back! And the 2019-’20 season kicks off with A Military Tribute at The Greenbrier. I feel patriotic just saying that. This is that tournament that features commercials of Phil Mickelson talking up his house on the West Virginia property and all the activities he likes to do there, including falconry. Or, phalconry, in Phil’s case. Love that commercial.

Random tournament fact: Phil Mickelson is NOT in the field this week. He must be taking a break from falconry. Unless, of course, he’s found better falconry elsewhere. But that’s hard to believe because The Greenbrier offers some pretty darn good falconry. At least, according to Phil.

Even surgery won’t stop me from helping our friends in the Bahamas.! #helpthebahamas

Sorry to hear about the bum knee, DJ, but nice to see you using your time off to do good for others. And to everyone else, here’s a link to the American Red Cross Hurricane Dorian fund. Let’s all chip in.

Sometimes you eat the wall:

North Berwick! I always end up on this side of the wall. Here is how you do it! pic.twitter.com/NSi42lXrH6

And sometimes, well, the wall eats you:

He just dropped himself 😮 – – Not following @allingolfpro yet? Let’s change that right now 😂🔥

Akshay Bhatia on the Americans’ Sunday singles pant selection: “If you’re going to wear these pants, you have to win.” pic.twitter.com/8BLJZK9LL6

Confirmed: Camilo Villegas and his wife are still in great shape.

THIS WEEK IN TOUR PROS ARE JUST LIKE US

Rafa Cabrera-Bello discovers he can rock his newborn baby—and work on his game:

THIS WEEK IN CELEBRITIES PLAYING GOLF

Apparently, Jada Pinkett Smith is all about golf these days:

Good to see, Jada. The USGA should pay her to run that as a “Grow the Game” commercial.

Had my first hole in one. Sort of. 🙂 pic.twitter.com/xeFeFPDDd5

Kyle Berkshire, 22, overcame a field of 96, a minor rules controversy, and being down to his final ball in the Round of 16 to win his first World Long Drive Championship. What a beast. … Rafael Nadal was penalized two first serves during the fifth set of the U.S. Open championship match for playing too slowly. I hope golf’s governing bodies were watching. … Shout-out to my high school’s football team for pulling off a huge upset over the town my father-in-law is mayor of (talk about a conflict of interest!) in the first game since the tragic passing of assistant coach Tom Roksvold during our annual golf trip this summer:

Amazing. Go Pelicans, and RIP Roks. … And finally, shout-out to my ex-boss at Golf Digest John Marvel, who now works at the NFL. More specifically, to his son, James, who got called up to the Major Leagues:

All parents brag about their kids—and John was no different in the office—but the difference is his kid made it to the freaking MAJORS! He should have been bragging more! Anyway, James pitched pretty well in his debut, allowing two runs over five innings. Of course, he took the loss, though, because the Pirates stink and didn’t score a run. Regardless, pretty awesome.

Is it too early to start training my 17-month-old?
Is it too late to trademark “The Grind”?
Should I ask John Marvel to talk to Rich Eisen? (Kidding, NFL!)