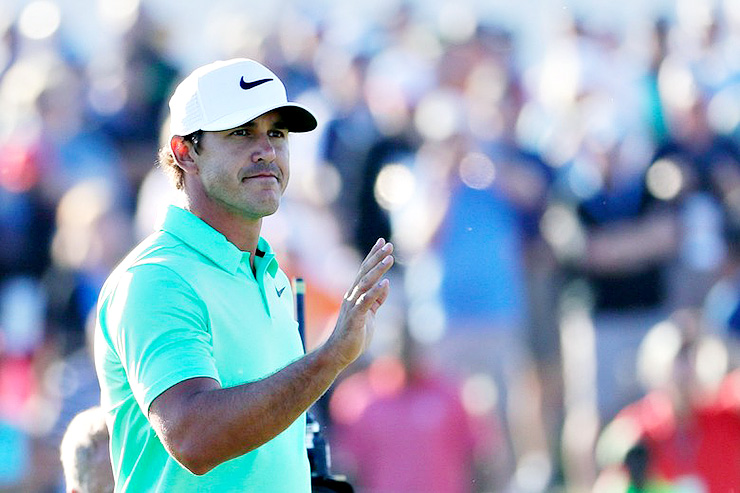 HARTFORD, WI – JUNE 18: Brooks Koepka of the United States waves to the crowd on the 18th green during the final round of the 2017 U.S. Open at Erin Hills on June 18, 2017 in Hartford, Wisconsin. (Photo by Jamie Squire/Getty Images)

Brooks Koepka has produced an impressive resume in his brief PGA Tour career. In addition to his lone victory at the 2015 Waste Management Phoenix Open, he’s had four top 10s in majors, finished third or better seven times on tour, and made well over $10 million. On Sunday at Erin Hills, he accomplished his most impressive feat yet, winning the 117th U.S. Open in dominating fashion and matching Rory McIlroy’s 72-hole scoring record of 16-under.

Unlike most of the field, Koepka had prior experience in competitive play at Erin Hills. The Wisconsin venue hosted the 2011 U.S. Amateur, where Koepka failed to qualify for the match play portion of the event. That mattered very little this week for Koepka, who shot rounds of 67, 70, 68 and 67 for a 272 total. The Florida State alum opened his final round with two straight birdies, and wouldn’t drop a shot until the par-4 10th, his only bogey on the back nine the entire week. After following it up with three straight pars, Koepka, 27, made three consecutive birdies to take hold of the lead and never relinquish it. The victory makes him the seventh straight first-time winner of a major since Jason Day’s win at the 2015 PGA Championship.

Mounting a charge was Japan’s Hideki Matsuyama, who posted a six-under 66 that featured eight birdies. It wasn’t enough to catch Koepka, but the round earned him a tie for second at 12-under 276. It’s the best finish in a major championship for the 25-year-old.

Brian Harman will leave Erin Hills feeling like he missed an opportunity, but the T2 finish is also his best in a major championship. The two-time PGA Tour winner carded an even par 72 on Sunday, his only round of the week not in red figures.

Finishing in solo fourth at 11-under 277 was England’s Tommy Fleetwood. It was only his second appearance in a U.S. Open, the first coming in 2015 at Chambers Bay where he finished tied for 27th.

Xander Schauffele, Bill Haas and Rickie Fowler all tied for fifth at 10-under 278.