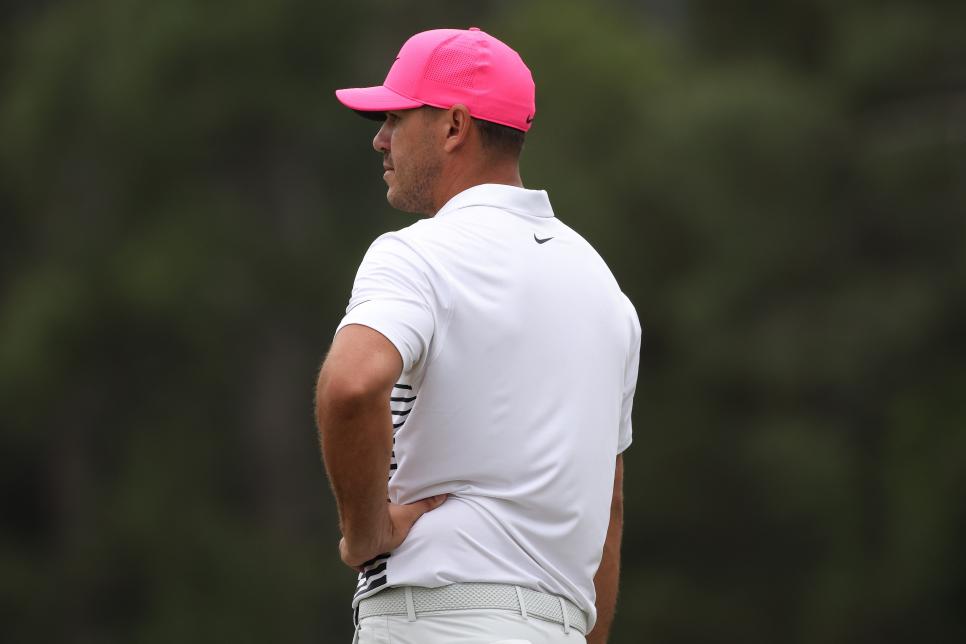 By Alex Myers
AUGUSTA, Ga. — Brooks Koepka wound up having a short week at the year’s first major championship. Now, he just hopes he’ll be ready to play in the next one.

Koepka, recovering from surgery on his right knee last month, missed the cut at the 2021 Masters after shooting scores of 74 and 75. Despite not being at 100 percent, the competitive Koepka was still upset about missing his first cut in six Masters starts.

“How f—ing disappointed do you think I am?” Koepka told reporters after. “I mean, I worked my ass off just to get here, and to play like this is pretty disappointing.”

He also made it clear again that he only played this week because it was the Masters.

“I wouldn’t be playing for another month if it wasn’t this week,” said Koepka, who hadn’t missed the cut in any major since the 2013 Open Championship. “So I’ll take a nice long break after this.”

On the bright side (although, maybe not as bright as his pink outfit on Thursday), Koepka said he didn’t feel as sore after his second round. He was also able to find a silver lining in having the weekend off.

“The way I look at it, I’ll have two more days to do rehab that I probably wouldn’t get if I was out here,” he said, “And hopefully, be ready for the PGA.”

The PGA Championship is scheduled for May 20-23 at the Ocean Course on Kiawah Island. Koepka, winner of the PGA in 2018 and 2019, added that he “won’t miss” that, but “it’s tough to say” if he’ll play any tournaments before that. The next five events on the PGA Tour schedule leading up to the PGA are the RBC Heritage, Zurich Classic, Valspar Championship, Wells Fargo Championship and AT&T Byron Nelson.