Brooks Koepka insists that he does care about non-majors, despite what you’ve heard (or he’s said) 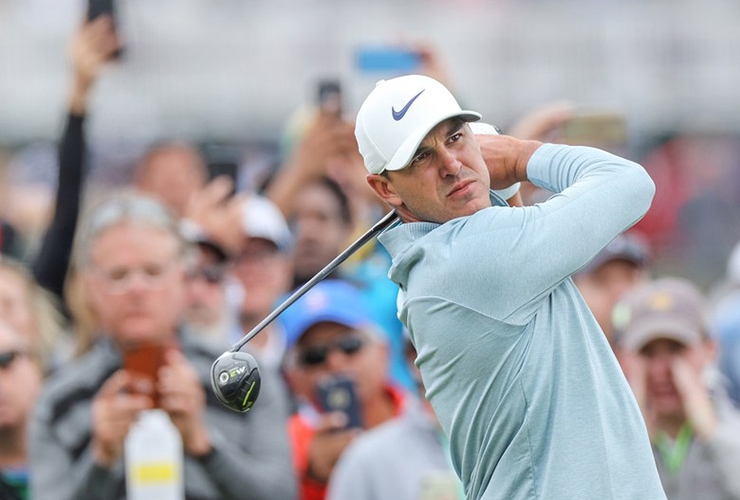 By Joel Beall
Brooks Koepka wants to set the record straight. Despite what you’ve heard, or he’s possibly said, he does care about non-major events.

The World No. 1—or perhaps the better label is “world beater”—has been a tour de force at the major championships, finishing first or second in the past four prestigious events, with four wins in his last nine major starts (he missed the 2018 Masters due to injury). However, Koepka’s dominance has not translated to the PGA Tour, at least in terms of victories, boasting just the 2015 Waste Management Phoenix Open and last fall’s C.J. Cup as titles on his mantle.

It’s not that he hasn’t come close; Koepka has nine silvers, three bronzes and 36 top-10 finishes in 118 tour starts. Moreover, as Koepka said at Bethpage this spring, to him, it’s easier to win at majors.

“There’s 156 [players] in the field, so you figure at least 80 of them I’m just going to beat,” Koepka said at the PGA Championship. “You figure about half of them won’t play well from there, so you’re down to about maybe 35. And then from 35, some of them just – pressure is going to get to them. It only leaves you with a few more, and you’ve just got to beat those guys.”

Still, there’s been a sense that the 29-year-old doesn’t get up for the rank-and-file events. Which is understandable: golfers, especially those at Koepka’s level, are judged solely through a four-tournament prism. Win a U.S. Open or PGA Championship, you’re remembered forever; win a “normal” tournament, the general public forgets within a week. Koepka fanned the flames two weeks ago at the RBC Canadian Open, saying “the result doesn’t matter” and that he “could care less what happens.”

But on Wednesday at the Travelers Championship, Koepka wanted to put that notion to bed.

“Let me set the record straight. It’s not that I don’t care about the event,” Koepka said. “Some people wrote—took it a little bit differently.”

Koepka said that he was merely discussing his process, that it doesn’t matter, be it U.S. Open or Phoenix Open—where he finishes as long as he’s trending in the right direction.

“I wouldn’t tee it up if I didn’t want to win,” Koepka asserted. “Not everything is results based with me. It’s about the process. I think that’s why I’m able to play so well in the majors, because I’m not worried about winning.

“So if I can get the process down the result is going to come. That’s kind of how I feel. Even this week. Just go back to the process. Same thing every week. Mentally if my process is there I’m excited. I even told my caddie today, We’re going to try to take the mental approach we do at the majors this week. I’m going to try something maybe a little bit different and see how it works out.”

Granted, there’s a chance Koepka is using this as perceived slight as motivation this week. After all, he complained he wasn’t featured in U.S. Open promos at Pebble Beach…only to discover he was in three of the four FOX Sports’ commercials for the event. Whatever the case, let the record show that Koepka does, in fact, care about tour events.

Koepka tees off at TPC River Highlands on Thursday at 7:45 a.m. with Bubba Watson and Tony Finau.

Tommy Fleetwood’s quarantine was a piece of golf heaven

Brooks Koepka dismisses influence of Bryson DeChambeau: ‘I don’t need to keep up with anybody’