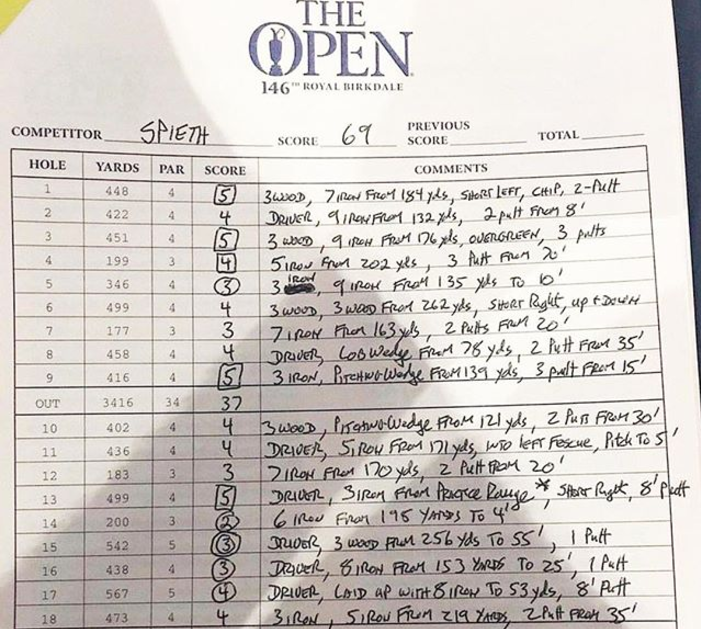 As you might have heard, Jordan Spieth won the claret jug at Royal Birkdale with a furious finish. But, while Spieth’s birdie-eagle-birdie-birdie run is the thing of Greek myth, the 23-year-old’s adventures on the 13th hole remain the hot topic by the water cooler.

In case you need a rundown on Spieth’s Southport survey, we recommend clicking here for the extended rundown. Thanks to our friends at the European Tour, we have another piece to the 13th’s puzzle: Michael Greller’s caddie notes.

As loopers are prone to do, Greller kept a log of Spieth’s shots throughout the round, marking the distances and ensuing results. Bookkeeping that bestowed this gem, regarding Spieth’s third shot from the driving range:

For our money, it’s almost as cool as Spieth’s “Go get that.” Though that’s sure to draw its share of opponents, we can all agree Greller’s footnote is the best use of an asterisk in the annals of the English language.