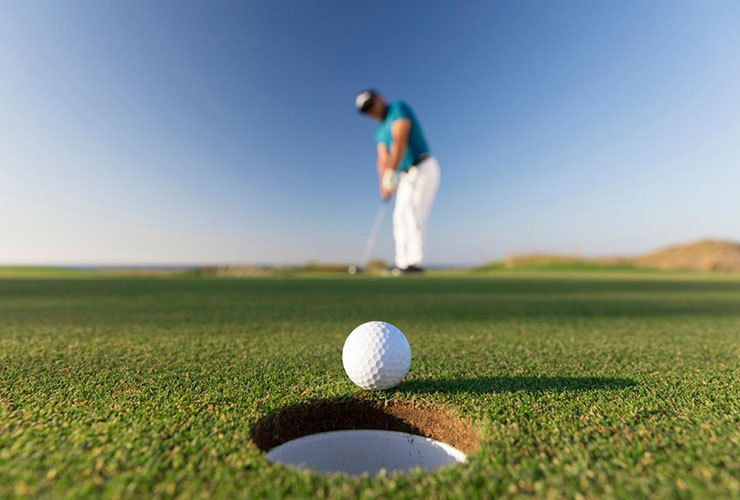 By Luke Kerr-Dineen
It’s quite fascinating that the most important part of good putting might not even be physical. Sure, it’s important that you start your ball on your intended line, which rests on certain technical elements. But the real separator between good and bad putters comes in their judgement: their ability to read greens and to estimate the speed needed to hit the putt.

Dave Stockton, who won the 1970 and 1976 PGA Championships, is regarded as one of the best putters of all time. He recently talked through some of his keys for golfers looking to improve their green-reading skills. It’s the kind of bedrock quality that will help you become a better putter, so let’s dive in.

1. Take in your surroundings
The first step of your green reading starts as you’re walking up towards the green. Take in your surroundings, Stockton says, and get an idea of the undulations within the green.
“You’ll feel it with your feet, what the green is doing,” Stockton says. “There’s something to be said for walking up, thinking of where the water is going to drain, the slopes … you’re learning things.
But specifically, start hunting for the lowest point around the hole, he says. It’s going to come in handy for what’s next…

2. Read the putt from the low side
When you first get to the green and are trying to figure out which direction your golf ball is going to move, Stockton says to start by standing in the lowest point of the hole. Stockton explains that it’s from this vantage point you’ll be able to see the more intricate details of the putt you’re about to roll.
“I will always start at the low side of the putt, never on the high side,” he says. “It’s like reading a book. You don’t tilt the book away from you, you tilt it towards you.
“Standing on the low side will give you an entire good look at the entire break of the putt.” 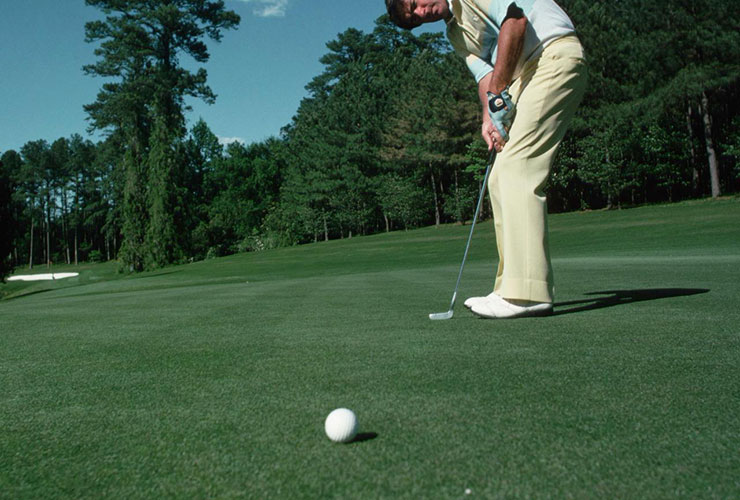 3. Divide the putt into thirds
Now that you’ve taken-in your larger surroundings and sized-up the putt from the low side of the hole, take a look at your putt from behind the ball. Then, divide it into three different parts.
“I break every putt into thirds,” Stockton says, pointing at a six-foot putt. “For this putt, that means three two foot putts.”
After you do that, read each section of the putt like it was its own putt. So, the first section may break an inch from right-to-left, while the second section may be straight, before the third section breaks three more inches from right-to-left.
By breaking the putt into its component parts, Stockton explains, you’ll be able to focus specifically on each area of the putt. It’ll simplify things, and yet you’ll still walk away with a more detailed read.

5. Focus one inch in front of your ball
Now that you understand the green, the putt itself, and how it’s going to arc into the hole, it’s time to step into your putt. Stockton says to stand directly behind your ball and walk into your putt looking at a spot once inch in front of your golf ball.
“We’re trying to create a process where we don’t get many red lights,” he says. “I’m locked in.”
It’ll focus your mind, but also, will give you feedback about whether you hit the putt on the line you intended to or not. If your ball rolls directly over that spot on the line you’ve picked, that’s all that matters. It may not end up in the hole, but you can take solace that you’ve given it your best chance.