Assessing Brandon Grace’s 62: He got some help, but still managed what no one could before 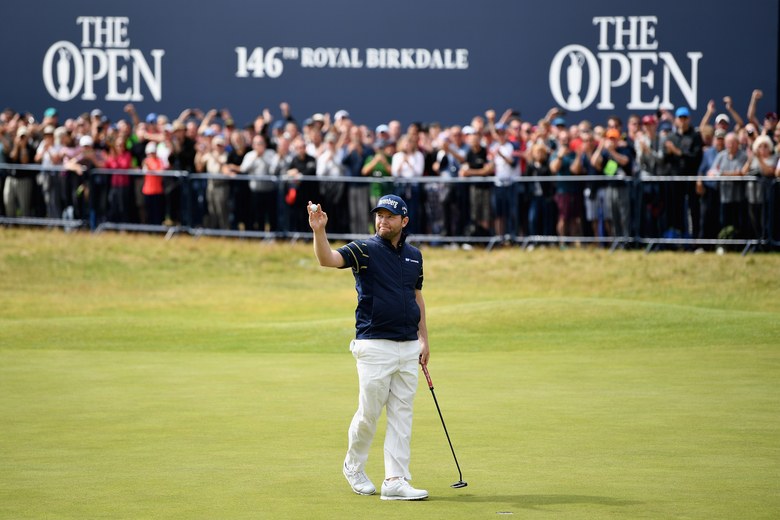 By Jaime Diaz
Not to be all Johnny Miller alter ego about it, but a major championship course has probably never been more prime for a 62 than Royal Birkdale was on Saturday.

What was so easy about Birkdale? A confluence of many things. Par 70. Greens made soft from heavy rains. No wind. Relatively light rough for an Open Championship. Perfectly-manicured surfaces. A course, already short at 7,156 yards, shortened to 7,027 for the third round, with the par-4 fifth reduced 36 yards to 310 to make it more driveable, and the par-3 seventh some 20 yards shorter at 156 yards. Basically a go-for-broke strategy by the players at the bottom and middle of the field starting the weekend. A par-34 front nine that can give up 29s, like one by Grace, providing a head start on low rounds. And a back nine with two very reachable par 5s at the end.

And maybe the most important factor, considering how many times the golf gods have kept the 62nd stroke out of the hole in a major – it was about damn time.

Close observers wondered why the R&A chose Saturday to play Royal Birkdale at its shortest so far. Paul McGinley questioned it in Sky’s early morning coverage, saying “I just don’t think the boys need extra help today.” On NBC, Jim “Bones” Mackay, in his first stint as a regular announcer, said to Dan Hicks, “Dan, I gotta tell ya, don’t tell Johnny I said this, but there’s a 62 out there today.”

Grace’s game is well suited for taking it deep on a links. His low ball flight and straight hitting is ideal for keeping the ball under wind and getting the most run possible from the firm fairways, and he can run the table on the greens with his “claw” grip. Although the 29-year-old South African’s best finish in an Open Championship is T-20 in 2015, he has four top fives in majors.

And perhaps the biggest reason Grace shot the magic number? He didn’t even know that the low round record in a major was 63.

“I honestly didn’t,” Grace said sheepishly. “You know, I was just in the zone of playing, hole after hold…Just trying to shoot a number to try to get myself back in there, and have a decent finish for the week. Obviously, now the mindset has changed a bit.”

His longtime caddie, Zack Rasego, knew about the record, but like a baseball teammate when his pitcher is throwing a no-hitter, never mentioned it.

Still, the 62 curse – established by moments including Jack Nicklaus missing a three-footer for that total on the 18th at Baltusrol in 1980, Greg Norman three-putting from 28 feet on the 18th at Turnberry in 1986, or brutal lip outs at the last hole by Nick Price at Augusta in 1986, Tiger Woods at the PGA in 2007, and Phil Mickelson last year at Troon – seemed to ominously appear late in the round. Grace came to the 536-yard par-five 15th six-under par, and looking for an easy birdie. After a 326-yard drive, Grace had only a 210 yards into the green. But he tugged his 2-iron to the left, and his chip was not great, leaving a 10-footer. When it slowly lipped out, recalling Phil Mickelson’s birdie putt in his opening round 63 last year at Troon, it seemed that Grace had lost his chance.

But he got back on track with a 30-foot bomb for birdie on 16, and two full-blooded shots to the par-5 17th left him with par on 18 for 62. Grace’s second shot at the last, a pitching wedge from 165 yards, jumped a bit from light rough and ended slightly over the green, leaving a 50-foot downhiller. Using his pencil grip, Grace calmly lagged to three feet. And then, concerned only with avoiding bogey to not drop down the leader board, knocked it in for the record.

Where does Grace’s round rank, besides lowest ever in a major? Much in the way Jim Furyk’s 58 at the par 70 TPC River Highlands is not quite as good as David Duval’s 59 at the par 72 PGA West Palmer Private Course, Grace’s 62 is not as good as Miller’s 63. Besides being a par 71, Oakmont was simply much tougher, and the clubs Miller hit were longer. And of course, Miller’s round was in the final round and won the U.S. Open.

As Grace’s round unfolded, the presumption was that Miller, calling the action for NBC from the tower, would be non plussed by first 62 finally being shot. Tweeted “Tweeter Alliss”: “What does 63 minus 1 equal? Johnny Miller’s world caving in. Majestic.”

But on the telecast, Miller took the high road. Where he might have been dismissive when Justin Thomas shot 63 at Erin Hills (“A 63 for a par 72 is a heck of a score,” Miller said then. “Even if it was the Milwaukee Open”), he was magnanimous with Grace.

“He did it with his ball striking,” Miller said. “He had to go through the gauntlet. Those putts that he made were really strong and he drove the ball terrifically. He made the course really easy. It was setup really, really easy today folks, but it was still a heck of a round.”