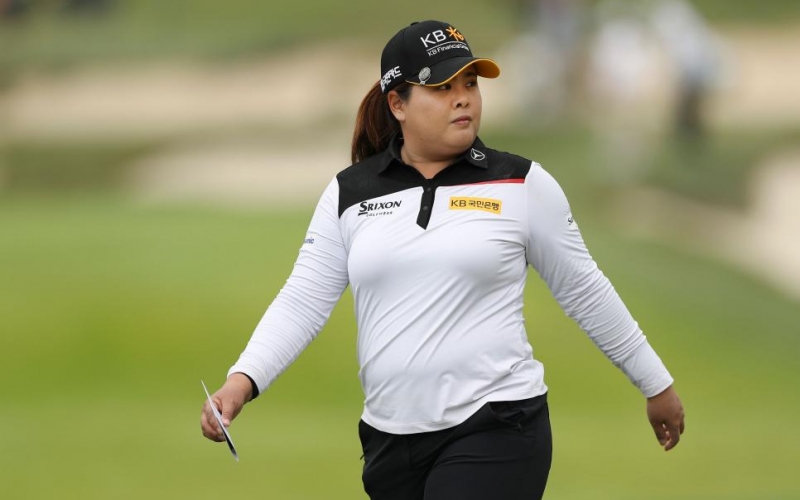 Meg Oliphant
Inbee Park was bored spending upwards of 40 hours indoors getting from L.A. to Singapore, but understands the need to keep everyone safe in the LPGA’s return to Asia.

By Kent Paisley
This week is the first time since November 2019 that the LPGA will be holding a tournament in Asia. The HSBC Women’s World Championship in Singapore kicks off a two-event/three-week stretch (originally scheduled for three in three) that marks the tour’s return after officials had to cancel the scheduled spring and fall Asian swings in 2020 due to the COVID-19 pandemic.

While a handful of top American players, including Nelly and Jessica Korda, Lexi Thompson and Jennifer Kupcho, aren’t making the trip, the 69-player field at Sentosa Golf Club has nine of the top 15 on the Rolex Women’s Ranking competing with heightened health and safety measures in place.

The COVID protocols used in the tour’s six U.S. events so far in 2021 have required players, caddies and tour staff to be tested twice before being allowed on the course at a tournament, first at home (a negative test needed to travel), then upon arriving onsite. Players could practice and do anything outdoors until they received a negative result. After that, players were allowed to go to restaurants to pick up to-go orders, but otherwise had to either be at the golf course or wherever they were staying, be it a hotel or an Airbnb.

As outlined by an LPGA spokesperson, players and caddies making the trip across the Pacific (agents and family have been prohibited) all had to take COVID tests in Los Angeles last Friday at the Hugel-Air Premia LA Open to be cleared to fly. Each needed to download the app TraceTogether on their smartphones; the nation-state has required everyone in Singapore to have it since last October. They all also had to take another COVID test after arriving at the airport in Singapore or the designated hotel, where the tour has secured rooms on specific floors.

“Life is different with COVID,” said Inbee Park, twice a winner of HSBC title. “We had a 17-and-a-half hour flight from L.A. to here. After that we were sent to hotel and got tested and then another probably 12 to 14 hours in the room quarantined. Probably we spent about 30, 40 hours just indoors.”

Only room service will be allowed for player dining during the evenings. Shuttles will carry players to and from the hotel to the course.

For the following week’s Honda LPGA Thailand tournament, the tour has set up a chartered flight to take players from Singapore to Thailand. There are also designated flights to Thailand from the United States for those only playing at Siam Country Club. No tracing app is required, but all the other regulations will carry over.

“I know it is sometimes tough when you are just stuck in the room and just, you know, there’s nothing you can do,” Park said. “But obviously we are doing it for everyone’s safety and that’s what we need to do. … It’s just something that we need to do in order to play golf tournaments.”

The tour was supposed to go from Thailand to China for the Blue Bay LPGA, but that event was cancelled earlier this year because of COVID concerns.

Upon the resumption of the LPGA schedule in the U.S. at the Pure Silk Championship, there will be another protocol tweak for players at Kingsmill Resort in Virginia. For the first time, the tour will allow limited outdoor dining. Otherwise, the rules remain the same that the players had heading into Los Angeles.

As is the case on the PGA Tour, where commissioner Jay Monahan has encouraged players to get vaccines but will not require them to compete, LPGA chief Mike Whan has taken the same tact. Unlike the PGA Tour, however, the LPGA has not decided whether vaccinated players will be able to bypass weekly testing as the year moves on.