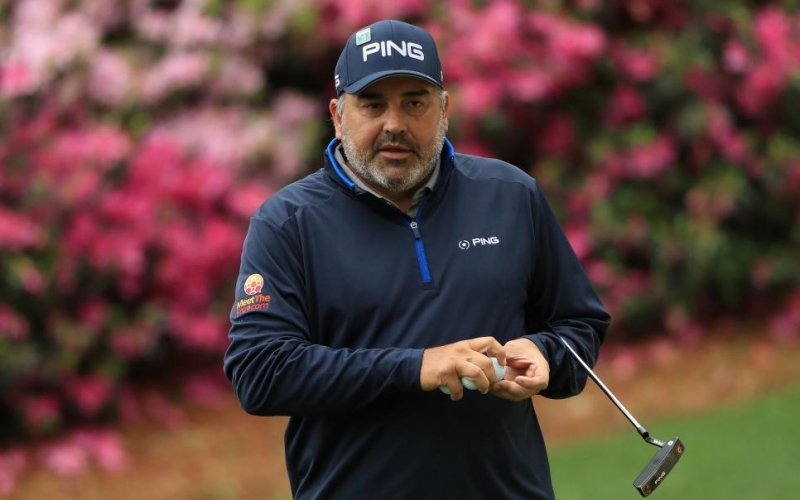 By Joel Beall
Angel Cabrera was sentenced Wednesday to two years in prison on charges he assaulted his former partner.

A court in the province of Cordoba, Argentina convicted Cabrera of assaulting, threatening and harassing Cecilia Torres Mana, who was Cabrera’s partner between 2016 and 2018. In the trial Cabrera denied any wrongdoing. He will serve the sentence immediately.

Cabrera, 51, was arrested in Rio de Janeiro in January on charges of assault, theft, illegal intimidation and repeated disrespect to authorities. He had been on Interpol’s “red code” list, which is used to seek the location and arrest of a person wanted by a legal jurisdiction or an international tribunal with a view to his or her extradition.

Cabrera had been on the run from an Argentine case involving assault claims filed by Torres Mana. Her case was joined by Cabrera’s former wife, Silva Rivadero, and another former partner Micaela Escudero.

Cabrera is widely considered the best golfer Argentina has produced, winning the 2007 U.S. Open at Oakmont and the 2009 Masters. He also finished runner-up at Augusta National in 2013, losing to Adam Scott in a playoff. He is credited with 52 official global wins and four Presidents Cup appearances.

He made nine starts on the PGA Tour Champions in 2020, his last outing in September at the Pure Insurance Championship. He made those visits to the United States without asking for permission from Argentine authorities, as requested due to the investigation. His trips to the U.S. forced prosecutors in Cordoba to issue an international arrest warrant.