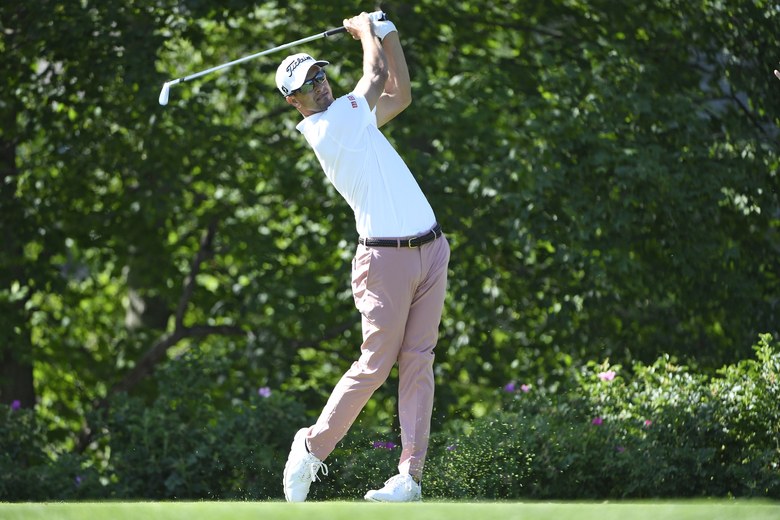 Adam Scott’s mostly known for his fluid, seemingly effortless swing and a debonair appearance. While both observations hold true, the Aussie is also one of the more introspective, forthright minds in golf, if not all of sport.

When many of the absentees at the Rio Olympics hid behind PR statements, Scott was candid regarding his stance. As other anchor putters raised a fuss about the USGA’s ban, Scott downplayed the new rule’s effect with perspective. And instead of bowing to calls to dump caddie Stevie Williams after a controversy at Firestone C.C., the 2013 Masters champ squashed the fire with a levelheaded response.

So when Scott shared his opinions on the upcoming U.S. Open with Golfweek’s Jeff Babineau, know these comments weren’t coming from the hip.

Following his Sunday round at the Memorial, Scott discussed his preparation for Erin Hills, remarks that doubled as a plea to the USGA.

“Maybe it’s time to do away with the even-par target, just thinking about the bigger picture of the game of golf,” Scott told Babineau in Dublin. “If their major pinnacle event for them requires courses to be the way they are, it doesn’t set a good example for every other bit of golf that they try to promote. Maybe we should get the numbers out of our heads and try a new strategy.”

Though “the integrity of par” is somewhat of an antiquated notion — only two winners in the past nine events have finished over par — the sentiment regarding course fairness is certainly real. Coupled with a handful of recent missteps from the USGA, the 36-year-old thinks the pressure is on for the organization to get things right in Wisconsin.

“The ball is in their court; they control it all,” Scott said. “Hopefully they get it right this time, just from a playability standpoint. Let’s just have something that’s a challenge and interesting, not just playing brutal (golf).”

But perhaps the most condemning statement came when Scott asked if the criticism was justified.

“I think they’ve really dropped the ball with where the game is at, over the last 20 years especially,” Scott told Babineau. “I know their intent is not to do that. I don’t question their intent at all…I guess their primary role of administering and looking after the game, they’ve kind of dropped the ball in that sense and gotten worried about other things.”

Scott is making an appearance at Erin Hills this week before competing at the FedEx St. Jude Classic. In 15 U.S. Open outings, Scott has just one top-five finish at the event. The U.S. Open begins on June 15.