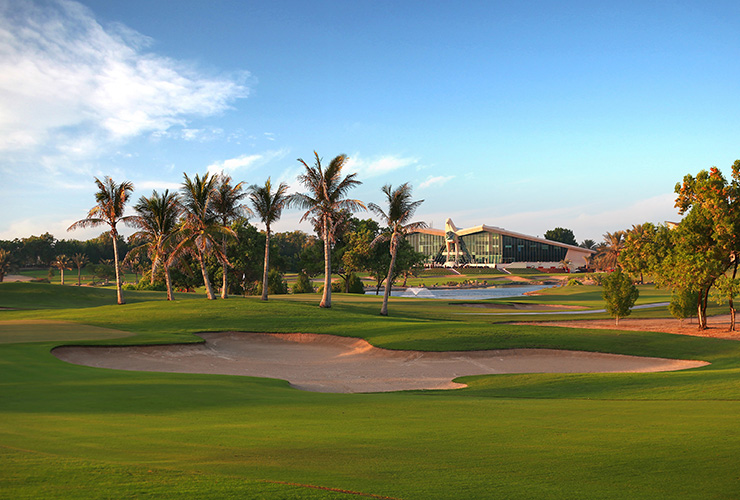 By Kent Gray
The UAE has again come to the rescue of the R&A and the Asia Pacific Golf Confederation as amateur golf continues to pivot towards the Middle East in the face of the COVID-19 pandemic.

Abu Dhabi Golf Club was announced on Wednesday as the new host for the 3rd Women’s Amateur Asia-Pacific (WAAP) championship. The event, to be staged from November 10-13, was originally scheduled for Siam Country Club in Pattaya, Thailand next month.

However, travel challenges in Thailand mean the 72 hole strokeplay event will now be played in the UAE capital, just as the 12th edition of the Asia-Pacific Amateur Championship (AAC) has been shifted from Sentosa Golf Club in Singapore to Dubai Creek Golf & Yacht Club from November 3-6.

Like the men’s event, where the winner earns starts at the 2022 Masters and 150th Open Championship at St Andrews, the WAAP carries huge carrots for the region’s leading females.

The winner not only qualifies for the 2022 AIG Women’s Open and The Amundi Evian Championship, but also earns a start in next year’s Augusta National Women’s Amateur.

With Jumeirah Golf Estates set to host the World Amateur Teams Championships in 2023 with the 32nd Eisenhower Trophy (men) and 31st Espirito Santo Trophy (women) to be played on JGE’s Fire course, the UAE will be the epicentre of world amateur golf for two years.

After just two editions, the WAAP has already proven its worth. Thai Patty Tavatanakit, 21, and Yuka Saso of the Philippines won the ANA Inspiration and US Women’s Open this year after being part of the inaugural WAAP in 2018, won by Thailand’s Atthaya Thitikul. Home favourite Yuka Yasuda won the 2019 event at the Royal Golf Club, Japan.

Martin Slumbers, Chief Executive at The R&A
“After the disruption caused by the pandemic over the last 18 months we are excited to be staging the Women’s Amateur Asia-Pacific championship at such a fantastic venue in Abu Dhabi. It is more important than ever to provide opportunities for elite women amateurs to compete in Asia-Pacific and we look forward to another thrilling championship in November.”

Taimur Hassan Amin, Chairman of the APGC
“The Women’s Amateur Asia-Pacific championship has been a wonderful addition to the APGC’s golfing calendar and we very much look forward to welcoming it back to the schedule following last year’s postponement due to Covid-19.  Not only does the WAAP present our leading female players the chance to compete against their peers but it also acts as an inspiration for all up-and-coming golfers.
“This year’s historic win at the US Women’s Open by Yuka Saso, joint runner-up in the inaugural WAAP, served to underline the importance of this championship as a platform for the game’s development and rising talent in the region.”

His Excellency Shaikh Fahim Bin Sultan Al Qasimi, Chairman of the Emirates Golf Federation
“As a member of the APGC we are delighted to welcome this prestigious championship to the UAE for the first time. It has given us great joy to see two Major winners emerge from this championship and we look forward to hosting these talented amateurs at one of our finest courses. It is an honour to support the APGC and The R&A to advance our shared mission of driving golf’s growth and development.”

Andrea Faldella, Club Operations Manager at the Abu Dhabi Golf Club
“The Abu Dhabi Golf Club is honoured to be invited by the APGC and The R&A to stage the Women’s Amateur Asia-Pacific championship. The National Course will be a tough test for the players, with each hole offering a unique layout of risk and reward opportunities. We look forward to hosting a safe and successful championship and helping The R&A, APGC and EGF to grow the game in the region.”