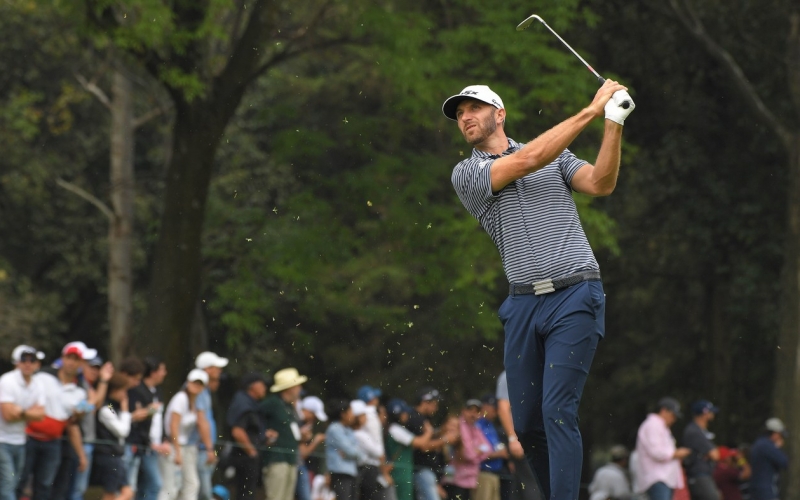 By Dave Shedloski
Chronicling the exploits of Dustin Johnson is starting to become as challenging as writing about the many achievements of Tiger Woods. That might seem like a stretch, but bear with us. When Johnson assembles all of the facets of his magnificent game, he, like Tiger, stretches credulity until it whimpers.

And granted, with his 20th career PGA Tour title Sunday at the WGC-Mexico Championship and second win this year following a breathtaking performance in Saudi Arabia, Johnson isn’t yet in the same stratosphere as the Big Cat, who has those 80 tour wins, 14 majors and a competitive veneer that has been burning holes in other mortal men for two decades. Conversely, Johnson appears as intense as saltwater taffy. And has a body as flexible.

Tiger stalks the golf course. Johnson ambles along it. Tiger runs hot, like his Sunday red shirts. Johnson is cooler than, well, a cat.

Both know how to dominate. Just as Johnson did again at Club de Golf Chapultepec by closing with a five-under-par 66 and defeating Rory McIlroy by five strokes for his sixth career WGC title. When Johnson performs like he did for four days in the high altitude of Mexico City, he takes all the air out of a tournament. You know, like Tiger has done so many times. And it leaves you scrambling to find new superlatives to describe it. 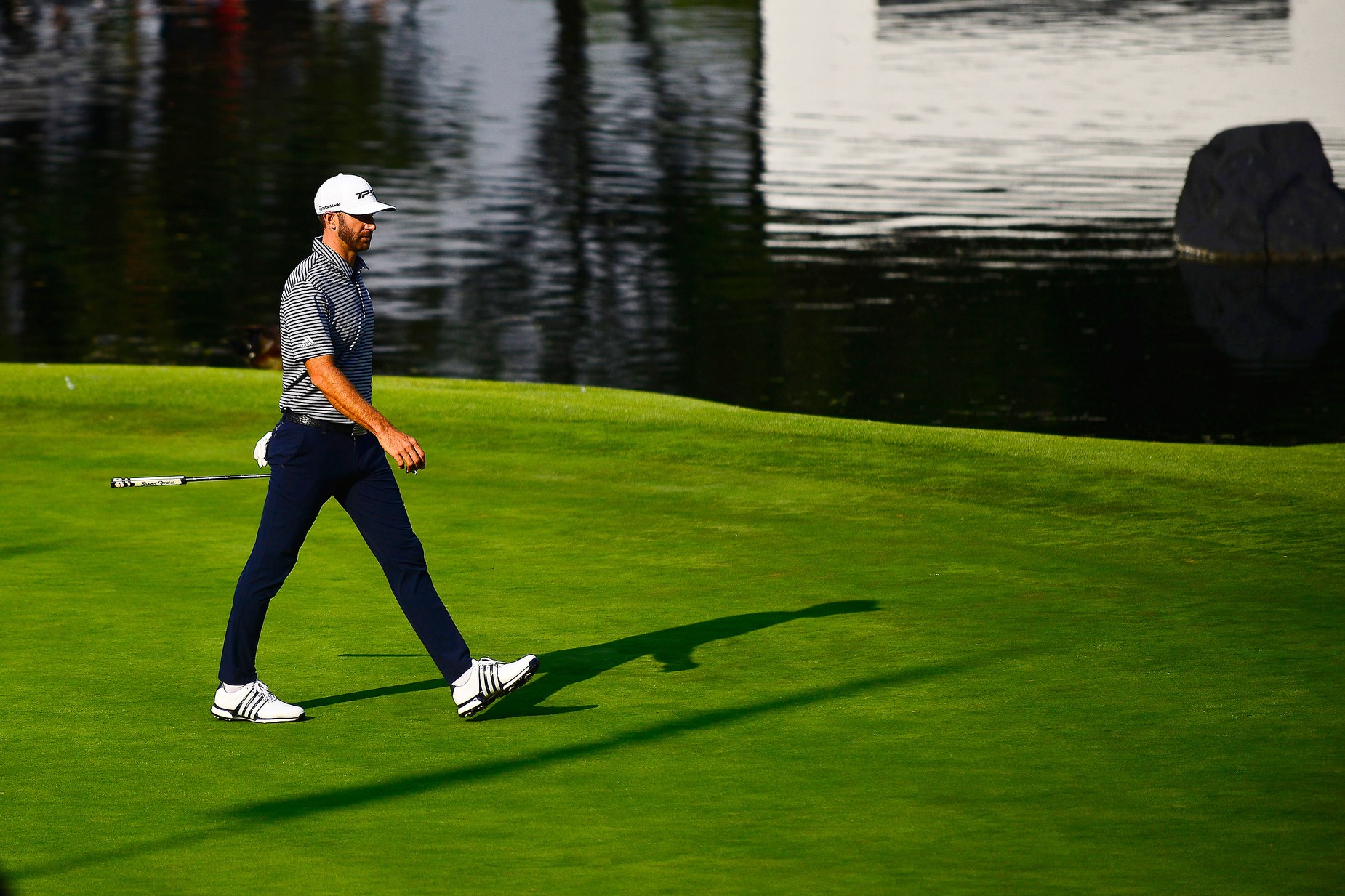 Jam Media
DJ cast a long shadow throughout the week in Mexico.

“Some weeks a guy just plays better than you, and that’s what happened this week. DJ was so impressive and definitely deserved to win,” said McIlroy, who posted his fourth straight top-fives finish but couldn’t keep pace with Johnson, 34, who is the fifth player younger than 35 in the last 50 years to reach 20 wins, behind Tiger Woods, Tom Watson, Phil Mickelson and Johnny Miller.

That’s the kind of company Johnson is keeping. His last four U.S. wins have been by margins of five, six, three and eight strokes, respectively. He looks again like the No. 1 player in the world. He ascended to No. 2 with this victory, a fraction behind Justin Rose, but the computer algorithm will handle the rest; Johnson will pass Rose next week with both men idle.

“This is a big one for me, and it gives me a lot of confidence for the rest of the year,” Johnson said after finishing at 21-under 263, the lowest score by five shots in the three years at Chapultepec. “I feel like the game’s in good form right now.” 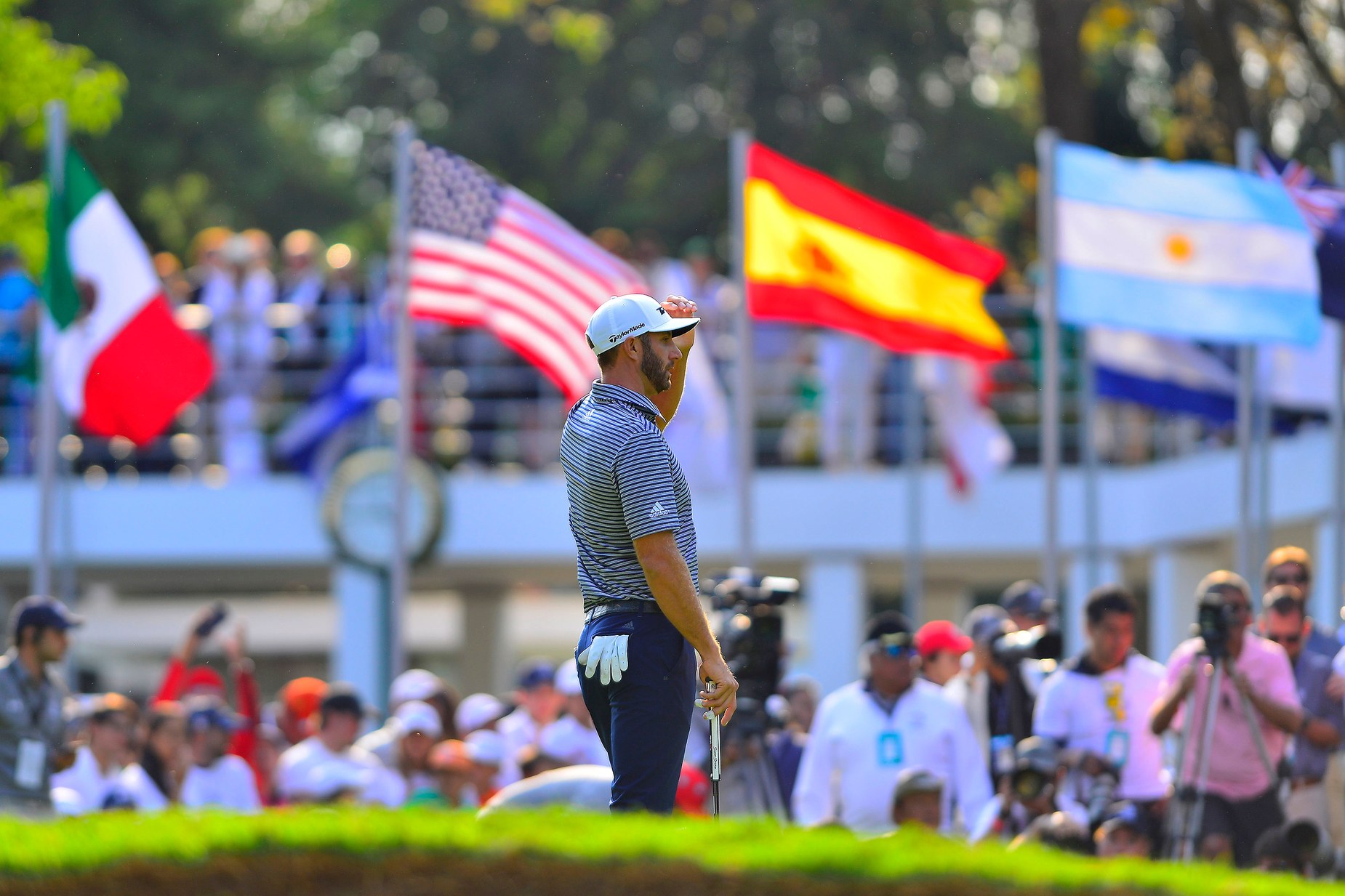 Jam Media
With his 20th win, Johnson is just the fifth golfer in the last 50 years to claim that many PGA Tour titles before the age of 35.

Johnson compared his form to that which he displayed two years ago when his win in Mexico was the second of three straight victories leading into the Masters. A fall down a staircase in his rented home in Augusta, Ga., was the only thing that slowed him down. He missed the year’s first major and wasn’t really the same golfer until late summer.

He now has won in each of his 12 seasons on the PGA Tour. Only three men have longer streaks—Woods with 14 straight seasons and Nicklaus and Palmer with 17 apiece.

Form is an ephemeral thing, though, and Johnson’s goal as he makes his foray through his prime years is to retain a semblance of what he exhibited in dispatching McIlroy so that he can add to the lone major title he owns, the 2016 U.S. Open at Oakmont.

McIlroy, who can’t buy a win these days despite an uptick in his own level of proficiency, did his best to give Johnson a late tightness around the collar, running off six birdies in seven holes on the final nine. Johnson responded with five birdies of his own. Man, that’s just cold.

While the South Carolina native made some adjustments to his setup that unleashed a frightening display of ball-striking—he had been standing too far from the ball at address—it was the putter that was most devastating to the fortunes of the rest of the field and helped him to escape with just one bogey and one double in four rounds. He ranked first in strokes gained/putting at +8.466. Combine that with ranking first in greens in regulation (58 of 72) and you don’t need a calculator to figure out why he waxed the year’s best field.

Or why he likes his chances going forward.

“To get 20 wins relatively quickly, I’m proud of myself for that. It’s been a lot of hard work,” said Johnson, who happens to be your average 20-time winner. Average only in that 34 is the average age of the 37 men to reach that milestone.

“Hopefully, I can add a few more this season. I feel the game is in good form,” he continued. “If I can keep this form up … I always go back to two years ago, this tournament, L.A., then the Masters … I had some video of me at the Masters before I got hurt. The swing feels as close to that as it has since then. So, if I can swing it like I am right now and definitely keep the putter rolling like I did this week, yeah, it can be a good year.” 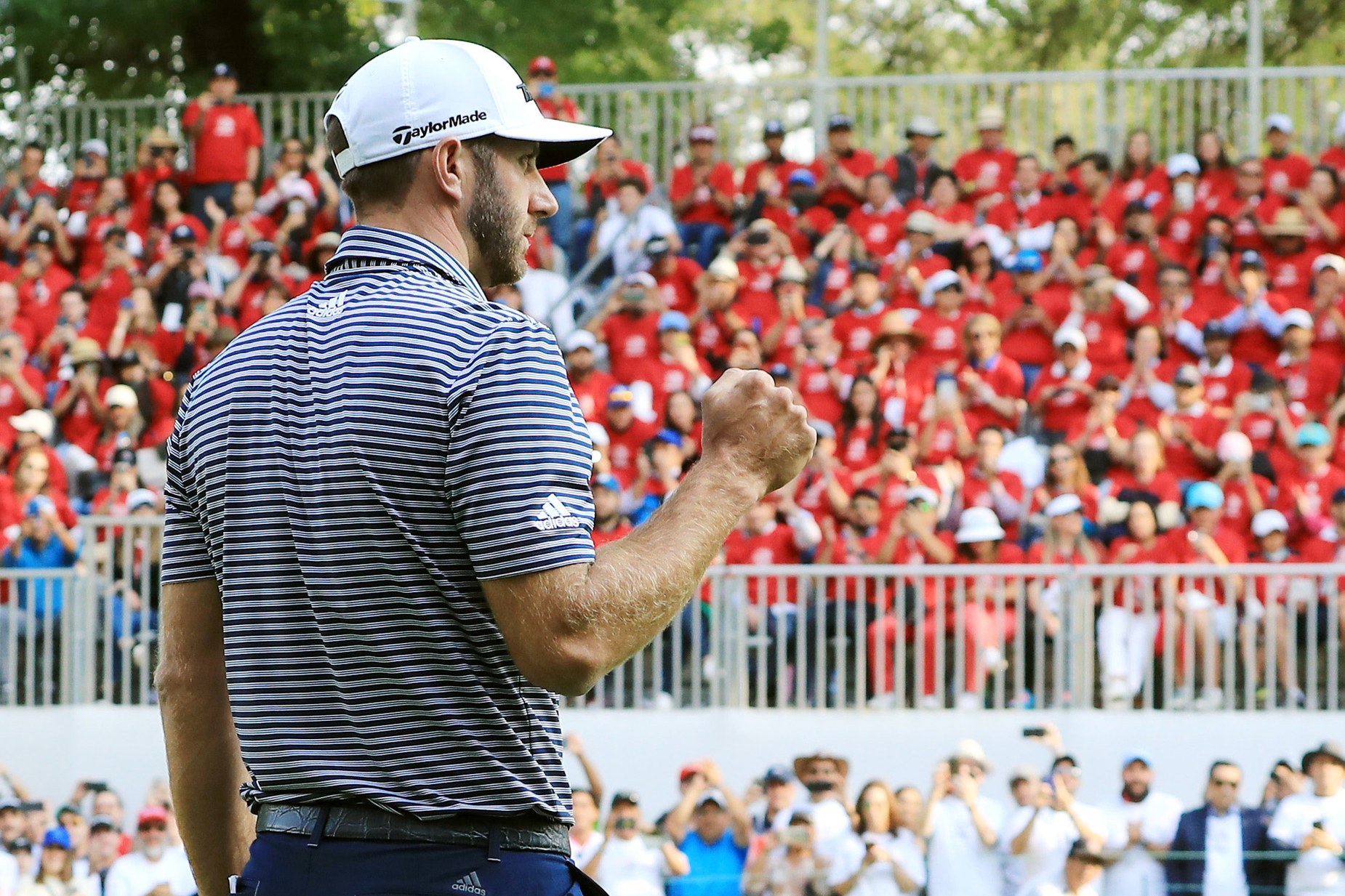 Johnson’s next start won’t come until the Players in three weeks. He earned the time off after going right from Saudi Arabia to Pebble Beach, where, not surprisingly, he looked out of sorts and finished a distant T-45. That was a bit too ambitious. But he started rounding into form on the weekend at the Genesis Open, and it all came together in Mexico.

“I struggled the last couple of weeks after a win in [Saudi Arabia]. Even though I won there, I didn’t feel like the game was in great form,” he said. “The last couple weeks I’ve really struggled with the game. But I got here on Monday and talked to Butchie [Butch Harmon] about what I was feeling that was different [from] two years ago when I was here. And I worked on it and it clicked a little bit.”

“That gives me a lot of confidence in that I’m doing the right things,” Johnson added, “and I’ve got great feels in the golf swing right now, and hopefully I can continue to play some really solid golf.”

Wait a minute. He used the word “feels.” That’s a Tiger term.

Come at Patrick Reed all you want. The only critic he pays attention to is himself

Patrick Reed absorbs the criticism, goes about his business and is one off the lead

Olympic Golf 2021: How players qualify to compete in Tokyo (and the latest rankings)