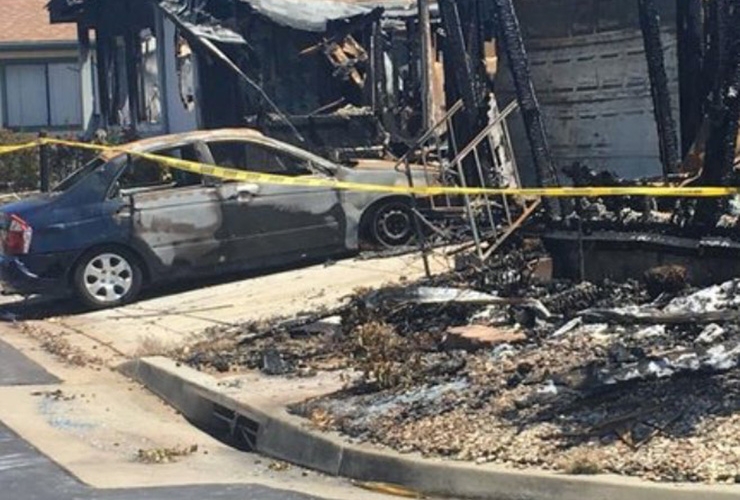 By Joel Beall
An argument that started on a golf course has left five dead in Santa Maria, Calif.

According to Santa Maria police, a long-standing feud between three men boiled over Friday at the golf course of the Casa Grande Estates. Minutes after the trio was witnessed arguing, gunshots were fired. One man was fatally shot inside the Casa Grande clubhouse while another was found dead on the grass nearby, according to the Santa Maria Times.

After the shooting, police believe the suspect returned to his home. Moments later his home went up in flames following a small explosion, Police Chief Phil Hansen told the AP. The fire spread to nearby homes before it could be put out by firefighters. A situation made worse as ammunition was exploding from the gunman’s home.

“All throughout the firefighting efforts, ammunition was cooking off,” Hansen told the AP.

The names of two men who were shot and killed Friday at Casa Grande Mobile Estates were released Saturday, and a fifth body was found in the rubble of the suspect’s burned-out mobile home, according to Santa Maria Police officials. https://t.co/gLkmmd8bB8

Authorities initially found two bodies— one of which is believed to be the gunman’s— in the rubble, but officials said on Saturday an additional victim had been located. Their names will be released after the coroner’s office confirms their identities.

Neighbours told the Santa Maria Times that one of the victims is likely the suspect’s son.

Santa Maria police have not released any other information, including what started the argument, at this time.