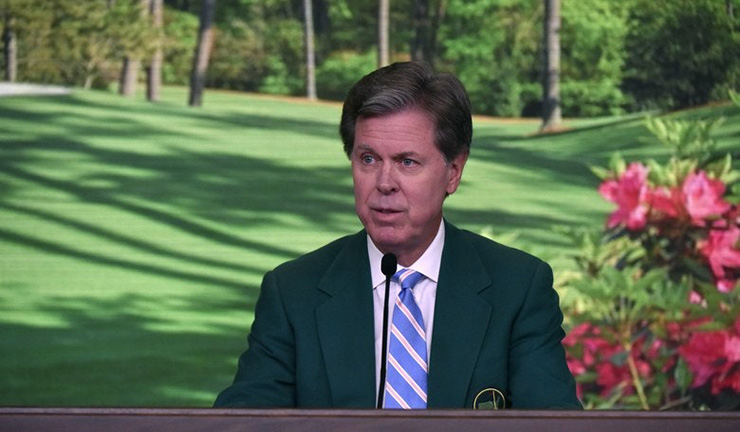 By Joel Beall
Augusta National Golf Club issued a statement on Wednesday afternoon regarding its preparation for the 2020 Masters in the face of growing concerns of the coronavirus.

With the tournament five weeks away, Augusta National chairman Fred Ridley reassured fans that the Masters, along with the Augusta National Women’s Amateur and the Drive, Chip and Putt National Finals, will proceed as scheduled. The decision comes after consultation from the World Health Organization, Centers for Disease Control and Prevention (CDC), Georgia Department of Public Health and local authorities.

“The safety, health and well-being of everyone is our top priority at Augusta National Golf Club,” Ridley said in a statement. “We will continue to review the available facts and information with the experts and authorities, establish precautions and take appropriate action to ensure the safety of all involved.

“We are asking that everyone follow the preventative actions advised by the CDC to mitigate the spread of any virus. In addition, we strongly encourage all those travelling to Augusta, Georgia, to become knowledgeable of the most recent travel protocols and restrictions.”

The statement arrives a day after the International Olympic Committee said the 2020 Tokyo Summer Games would not be postponed, with the PGA Tour releasing its own update on Monday that it is continuing to monitor the outbreak but has no plans to cancel any tournaments on its schedule.

The virus already has impacted the world of golf. The LPGA Tour is in the middle of a month-long stretch without any tournaments after being forced to cancel three straight events scheduled for China, Singapore and Thailand. In February the European Tour postponed the Maybank Championship and the Volvo China Open, both scheduled for early spring. Meanwhile, the PGA Tour delayed the start of its China series, and the R&A held off on its Women’s Amateur Asia-Pacific Championship, scheduled for Feb. 12-15 at Siam Country Club in Pattaya, Thailand.

As of Wednesday morning, the illness has been confirmed in over 94,000 people in 75 countries, killing more than 3,200.