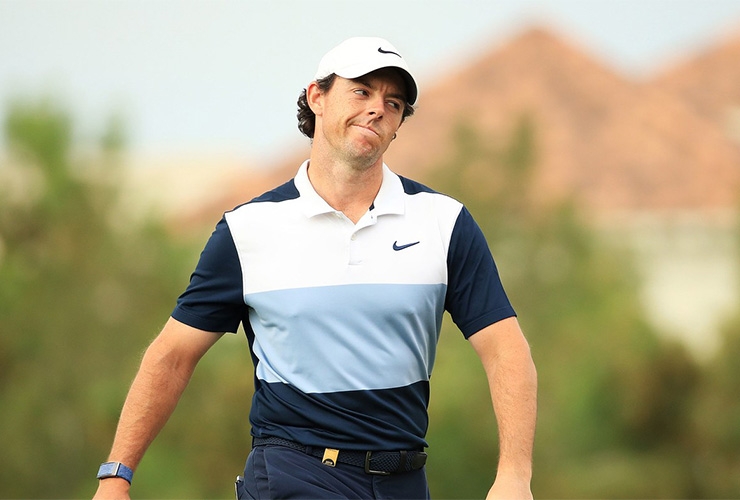 By Shane Ryan
Here are a few things I know to be true: First, any writer who makes predictions will inevitably have those predictions thrown in his face if and when they turn out to wrong. I have some … intense personal experience with this. Putting yourself on the line with something concrete is just bad business. Second, if someone makes a really specific, crazy prediction, and it comes true, they look like geniuses. Remember this tweet from 2014 predicting the 2016 World Series?

It actually happened (well, except the Apocalypse part), and that man became an Internet legend for all the right reasons. At the same time, it wouldn’t have mattered at all if he was wrong, since it was so specific and no reasonable person would expect it to be right. He created the perfect system of no accountability for himself—it was all upside. Still, you can’t just blindly throw darts, or you have no chance of being right. Every wild prediction has to be grounded in some truth.

With that in mind, here are 10 ridiculous predictions lined up for the 2020 PGA Tour season. If they’re right, I will claim to be blessed with the gift of sight. And if I’m wrong, you’ll never remember. Win-win!

In The Sun Also Rises, Hemingway writes an exchange in which one character asks another how he went bankrupt. “Gradually,” he said, “then suddenly.” That’s also how Justin Thomas is becoming the best player in the world. We always knew he was great: He got the major monkey off his back early, and he was even No. 1 for a couple weeks back in 2018. But he’s also been second fiddle to Jordan Spieth, Brooks Koepka, Rory McIlroy for most of that time. Now, things are changing. At the Presidents Cup, he became the fastest American to 10 points in Cup competitions (tied with Snead and Wadkins), and with his win at the Sentry Tournament of Champions, he now has more victories than anyone younger than 30 on the PGA Tour, and became just the fourth player (after Tiger, Snead and Nicklaus) to have 12 wins before 30. Things have been gradual until now, but they’re starting to accelerate, and we’re entering the “suddenly” phase of his ascent. Thomas will take home all four majors this year.

2. The year’s most unforeseeable comeback will belong to Victor Dubuisson.

It seems like golf gets crazier and crazier with every passing day, with no end to the unpredictable drama, which means that we’re due for a stunning comeback. Who is the likeliest candidate, considering the chaotic state of things? That’s right, it’s Victor Dubuisson—desert match-play magician, undefeated European Ryder Cup hero and current No. 468 in the world. He’s doing no more than treading water on the European Tour at the moment, but I’ve got a feeling about this guy … we’ll be seeing him at Whistling Straits.

3. Sergio Garcia will do or say something controversial. 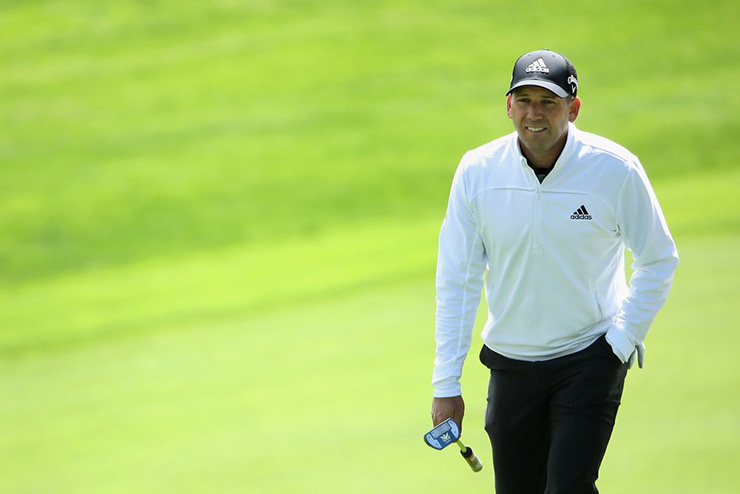 4. Rory McIlroy will retire from golf.

Rory has always been the most enlightened of our great golfers, with a philosophical bent that isn’t shared by most of his colleagues, or by athletes in general. The fact that he’s managed over time to forge a strong work-life balance for himself while still playing at the elite levels of the sport is remarkable, but 2020 will be the year when he has an epiphany that life is short and subjecting himself to the mental and physical rigours of professional golf just isn’t worth it. He’s going to quit, everyone will think it’s temporary, and a few months later he’ll buy a Caribbean island and start a beach-side bar where he spends the next 50 years blowing the minds of locals and tourists by doling out bits of vague wisdom like “golf made me rich, but you can’t put a price on the tides.”

5. Ernie Els will disappear from public life as he plots the next Presidents Cup in a secret lair.

After the heartbreak of 2019, he’s now Moriarty to Tiger’s Sherlock Holmes. 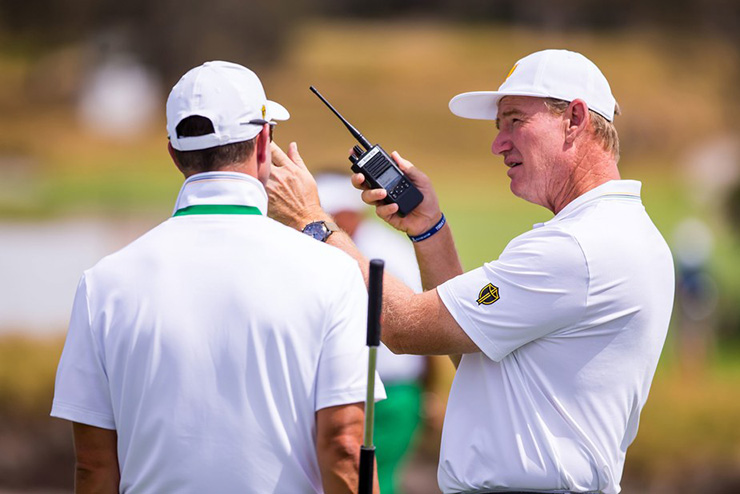 6. Golf media will grow by billions of dollars because of Patrick Reed.

I don’t know about you, but in the past month, I have clicked with an eagerness that borders on pathetic anytime I see a new link to a Patrick Reed story or video or Twitter thread or whatever. I have, in fact, produced plenty of my own content. There’s not enough time in the day to consume it all. A big question looming over golf media has been how we’ll all react when the Tiger bubble bursts, and his comeback granted us a temporary reprieve. But now I think we have an answer: Reed is our Donald Trump. He’s the content gift that keeps on giving. Golf Channel 2 is coming, and we have Reed to thank.

7. There will be a fistfight, between golfers, at the WGC-Dell Match Play.

We’re in the age of the golf feud, and tensions between players have only escalated with the cauldron of social media. It’s only a matter of time before things boil over, and I’ve got Austin marked in my calendar as the place where it all goes down.

8. The Ryder Cup will be cancelled due to “fan behaviour.”

Speaking of violence … you’re holding a major sporting event with nationalistic undertones a month before the most tense election of our lifetimes in one of the closest swing states? With alcohol? With history of boorish fandom? That, my friends, is a powder keg. This Ryder Cup ain’t happening … or at least it ain’t finishing. 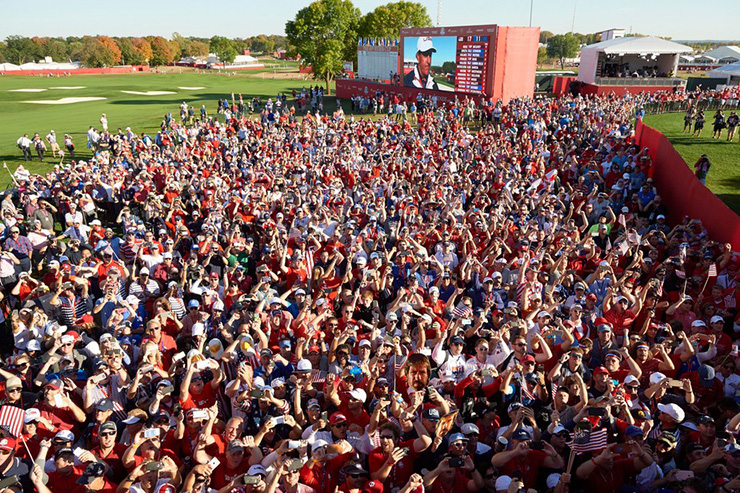 9. There will be something called “PaintGate” where we learn that most golf courses on the tour are spray painting their fairways.

I might start this myself when things get boring in February. It will be Golf QAnon.

10. Brooks Koepka was secretly rattled by his PGA Championship win and will never be the same.

Brooks Koepka is a known killer and has the best mentality of any pro golfer at the majors. His “half the people aren’t good enough, half of the rest will have an off week, and half of the rest will choke, so it’s basically me against 10 guys” schtick is brilliant. OR IS IT? At the end of the PGA Championship, Koepka faltered mightily, nearly giving it away to DJ, and my contention is that he’s secretly been rattled and will never be the same. Am I saying this mostly because I know he loves bulletin-board material and I have a hidden agenda to motivate him? Yes. Does this prediction go against my own rules, in the sense that it could blow up on me? Also yes. Is the entire thing undermined by the fact that he finished top five in his two majors after the PGA, and played fine on Sunday? Yup. But what would a list of outlandish predictions be if it didn’t violate its own rules? I’m sticking to it. 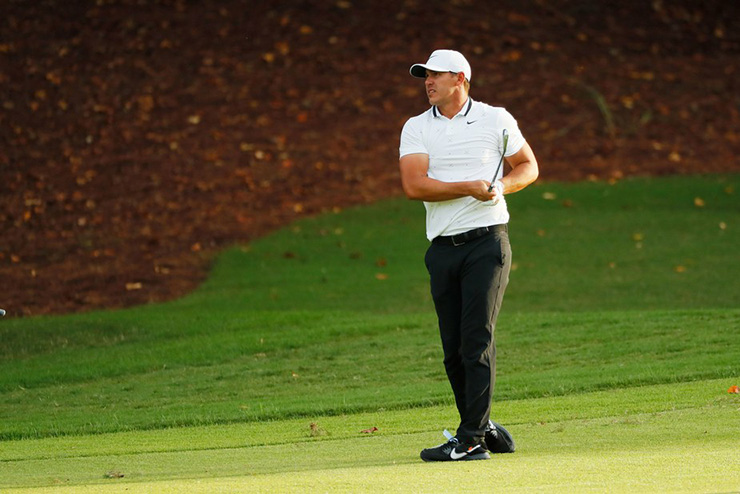 Presidents Cup 2019: Why the U.S. team is already off to a rocky start