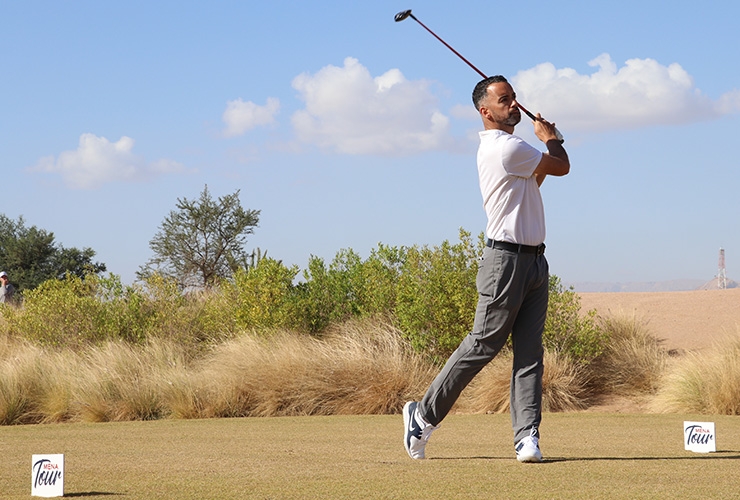 By Kent Gray
The Golfing Machine owns pride of place in Zane Scotland’s golf library. The thing is, as much as he loves Homer Kelley’s classic textbook, he’s loath to recommend it for fear it might fall into impressionable hands. You’ve been warned.

One of the most comprehensive, and some argue complicated, tomes on the golf swing, The Golfing Machine is meant for professional instructors. It has enlightened those with the requisite base knowledge but with it’s “simple geometry and everyday physics” has also confounded just as many well-meaning but unqualified seekers of the secrets to golf for the past 50 years.

“There’s a book from years and years ago [it was first published in 1969], that if you try and read it, it messes with your life, let alone your golf,” says Scotland when pressed for the foundation of his coaching philosophy.

“It’s so confusing because there is so much stuff going on in it but pretty much, most modern coaching is based off of that or versions thereof. 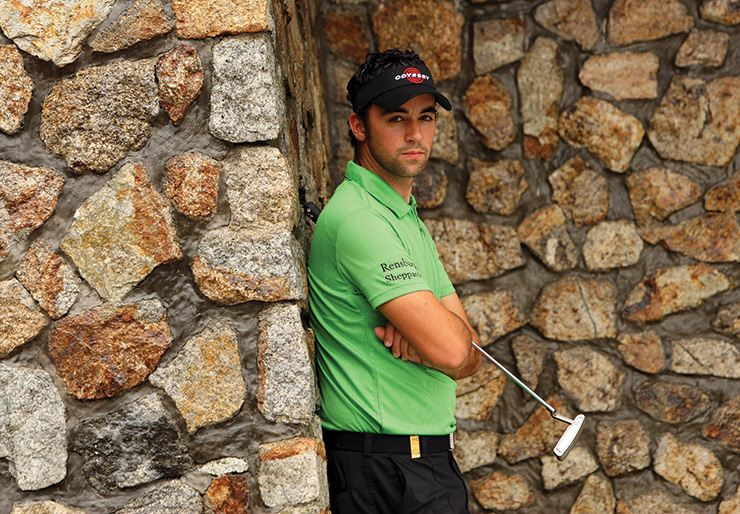 Scotland was in hot demand in his heyday, including being summoned to a promotional photoshoot during the 2008 Malaysian Open. (Getty Images)

“So for me, from a technical point of view, there’s Mac O‘Grady, what Pete Cowen’s done is fantastic, a guy called Andy Plumber, almost too many to name, to be honest. So it’s The Golfing Machine but on top of that someone who I think does an amazing job is Butch Harmon who almost looks like he wouldn’t even use a camera so much, he just knows the person and can work from there.”

Just as Kelley’s fabled work doesn’t prescribe one particular style of swing, Scotland’s wide-spread coaching influences are a melting pot of the game’s best swing theorists. What’s not clouded is the 37-year-old Englishman’s growing reputation in the field of coaching, a vocation the MENA Tour’s most successful player has fallen into sooner than anticipated.

Scotland always envisaged this route in the game but not until his mid to late 40s. However,  after competing alongside and tinkering with the games of now rookie professional Todd Clements and the Englishman’s big-hitting compatriot Joshua White in 2015, the decision to delve into coaching fulltime was accelerated when the pair sought a more permanent relationship the following season.

Now, as well as his record 10 tour wins, Scotland boasts two titles as a coach although he humbly takes more credit for MG Keyser’s victory at the Dubai Open in March than he does for Daniel Gaunt’s emotional Troon Series-Al Zorah Open triumph the previous month. 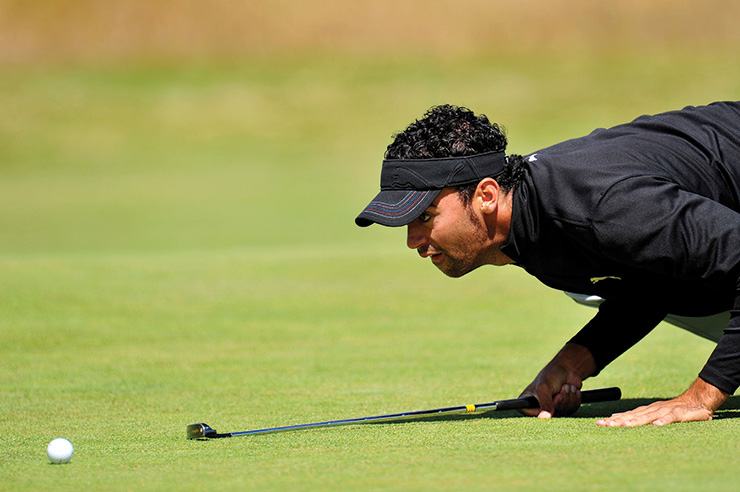 The Englishman in action during the 2010 Open Championship on the Old Course at St. Andrews. (Getty Images)

While South African Keyser is part of Scotland’s stable alongside Clements, White, fellow Englishmen Joe Heraty, Taylor Carter and Zak Morgan and Saudi Arabia’s pioneering professional Othman Al Mulla, Gaunt merely sought remedial help after a long layoff through sheer frustration with our maddening game. The Aussie has since gone on his merry way but wanders just off the M25 in Redhill south of London and you’ll find Scotland hard at work at Bletchingley Golf Club honing the games of clients at the ZS Academy, many of the MENA Tour’s biggest names regularly among them.

Scotland offers a holistic approach to game improvement at his “boutique academy”, from traditional swing mechanics to the perhaps more important mental side of making it in the cut-throat professional game.

“There’s the traditional swing coaching, game coaching, technical pieces which I’m good at and then the next part is like, how do you play golf for a living? Not every young golfer is going to be the next Rory McIlroy.”

Scotland knows better than most that very few young golfers will ever be the next Rory McIlroy or Tiger Woods. The MENA Tour’s first life member actually won a competition to ‘find the British Tiger Woods’ in 1997 and went on to become the youngest Englishman to qualify for the Open Championship two years later, eventually missing the cut at Carnoustie the day before his 17th birthday.

But a stellar amateur career – he ascended to be Europe’s No.1 – is no guarantee in the game of life. Scotland turned professional in 2003 but a minor car accident that year proved a major pain in the neck, quite literally, to his progression in the pro game. 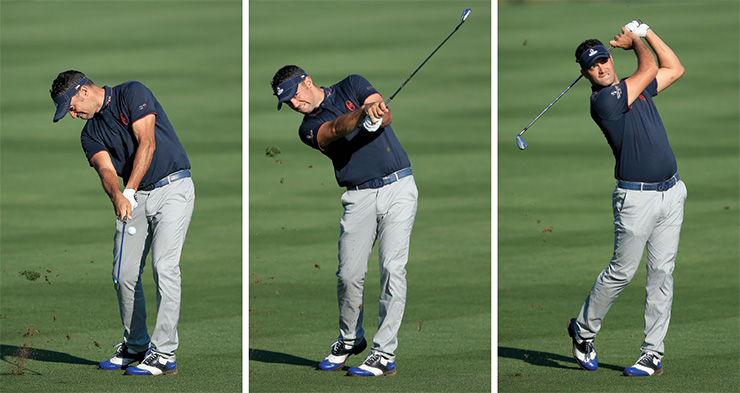 Scotland shows his style during the opening round of the 2015 Omega Dubai Desert Classic at Emirates G.C. (Getty Images)

Scotland did tee it up in golf’s oldest major again in 2010, finishing a creditable T-55 on the Old Course at St. Andrews alongside, among others, Steve Stricker and above players the ilk of Jason Day and Ian Poulter. But the injury meant he was never healthy enough for long enough to keep a steady footing on the European Tour.

Rather selfishly, that’s been a boon for the fledging MENA Tour where Scotland has helped lift standards since the regional circuit’s inception in 2011.

Young players with big ambitious could certainly do worse than extract the choicest morsels from Scotland’s topsy-turvy journey through the game, from the highs of major championships to the lows of lugging his own bag on mini-tours playing for little more than beer money. So what wisdom would Scotland impart in such a conversation?

“Being honest with where you are. I think a lot of young guys, we’ve all done it, we hide away from the truth of what is actually happening,” Scotland beings.

“Especially in this day in age when social media is such a big part of life, everyone wants to look a certain way, to look like ‘I’m doing well’ instead of being okay with what you are not good at because then you can improve that.

“It’s about seizing your weakness or your downfalls as more fun areas that you can actually improve rather than hiding from them.”

Formulating that plan for improvement is one thing, building on it another.

“When someone is at the point of turning pro, just hitting lots of golf balls, ball beating, like, it’s lazy. It’s probably the 100 per cent easiest part of pro golf. What is difficult is trying to be smart… not many people do it. 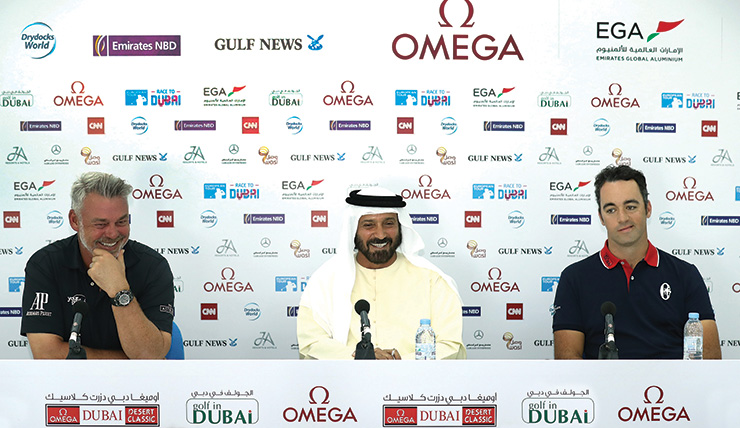 Scotland’s perpetual quest for improvement as a coach means he is in no hurry to hang up his sticks. While he doesn’t have the time to beat balls to even a carefully prescribed practice formula like he once did, he’s trying to work smarter in a bid to add to his 10 wins, a legacy that included four titles in a breakout 2013 campaign where he ran away with the circuit’s overall order of merit title. Indeed, Scotland feels compelled to stay as sharp as possible inside the ropes.

“I’ve not had that much time to compete during the summer but you know, as any golfer can relate, I think to myself, if I can hit a golf ball, I could have a good week. That never leaves you,” Scotland said eyeing the MENA Tour’s five-event autumn swing which resumed late last month.

“I’m around good golfers and, you know what, I still try and play and practice just to remember how hard it is when you are teaching somebody. I think this is one thing a lot of coaches don’t do enough, they don’t play enough and practice themselves. You haven’t got to be amazing at it, you’ve just got to do it to be able to empathise with somebody. If you don’t, I believe you can lose touch with reality. It’s so important, a duty to the person you coach I believe.” 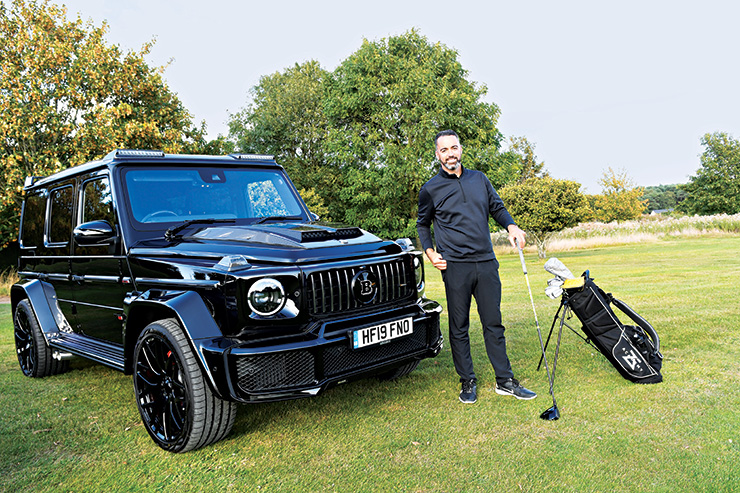 While he hasn’t got rich from golf, the game continues to enrich the life of Scotland who is, coincidently, the nephew of the first woman to be appointed Britain’s Attorney General, Patricia Scotland QC, or just plain “Auntie Pat”.

Indeed, enriching lives is what makes the 20-minute drive from Scotland’s home in Banstead to the range at Bletchingley G.C. – like the regular trips to the Middle East – a breeze each morning.

“We’d like to think everybody could earn the 20 million that Rory’s going to earn this year but being realistic, that’s not going to happen,” Scotland says.

“Some guys won’t make a hundred grand in their career so if you can help them make 150-200 grand, that’s great isn’t it?  If you can at least double their career earnings or their earnings over a year by thinking better…”

Smart thinking. Now there’s an idea. Like getting someone else to decode The Golfing Machine for you. Scotland’s impressionable young chargers don’t know how lucky they are. 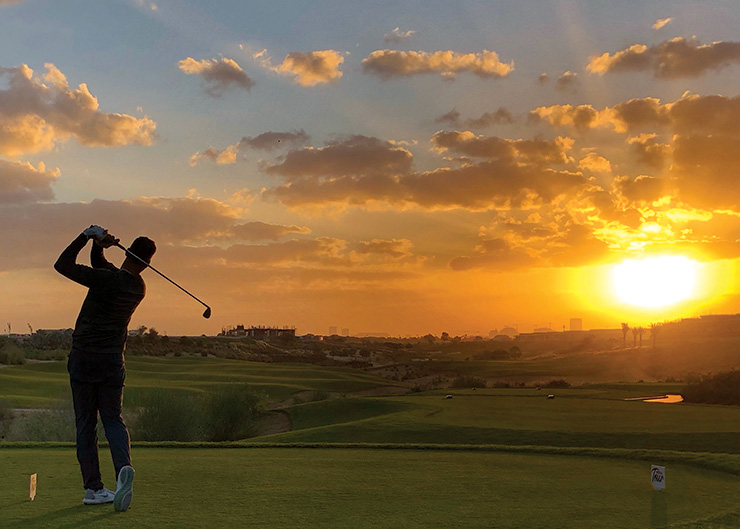