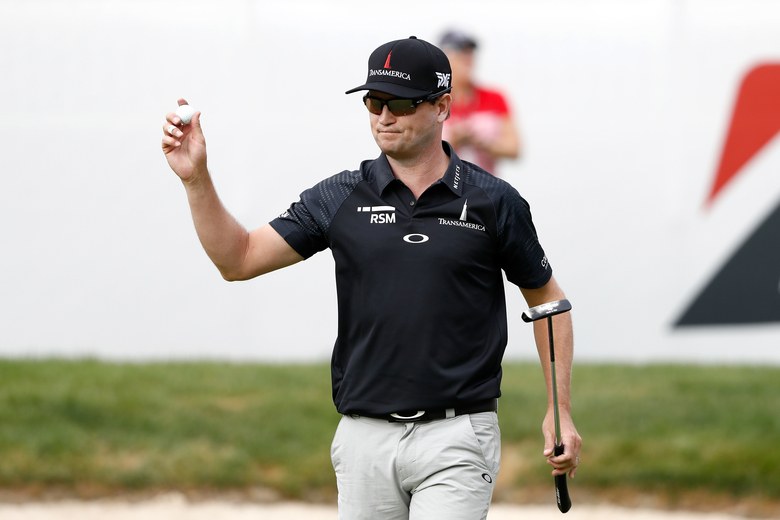 Firestone Country Club’s South Course is a bomber’s paradise, one that has generally rewarded long hitters during its time as host site of the WGC-Bridgestone Invitational. It’s produced winners like Dustin Johnson, Rory McIlroy and Tiger Woods, who has won the event eight times. Yet it is Zach Johnson, ranked 141st on tour in driving distance, who found himself at the top of the leader board alongside Belgium’s Thomas Pieters on Saturday. They’re tied for the 54-hole lead at nine-under 201.

Johnson, 41, rode a hot putter throughout his round of five-under 65, beginning on the par-4 first hole, where he rolled in a 17-footer for birdie. The two-time major champ holed seven more birdie putts, including a 24-footer at the fifth, a 21-footer at the 14th and an 18-footer at the 16th. It’s his third straight sub-70 round of the week, and fourth in a row dating to the final round of the Open Championship. A win on Sunday would give him the 13th of his career, and first since the 2015 Open Championship at St. Andrews.

Pieters, who posted a four-under 66, opened his round with three consecutive birdies and added two more before dropping his first shot of the day at the par-4 ninth to turn in four-under 31. He played the next eight holes in one over, but got one shot back with a long 32-foot birdie putt at the 18th to cap off another strong round. It’s his first appearance in the WGC-Bridgestone, and a win tomorrow would give him his first PGA Tour victory.

The surprise of the week is Scott Hend, who is one stroke back at eight-under 202. The Australian posted the round of the day, a seven-under 63 that featured eight birdies and one bogey. It’s just his fifth start on the PGA Tour this season, and his first in the WGC-Bridgestone Invitational.

World No. 3 Hideki Matsuyama is two shots off the lead at seven-under 203. He carded a second straight three-under 67 that featured five birdies and two bogeys.

Rory McIlroy, Adam Hadwin and Charley Hoffman are three back at six-under 204.