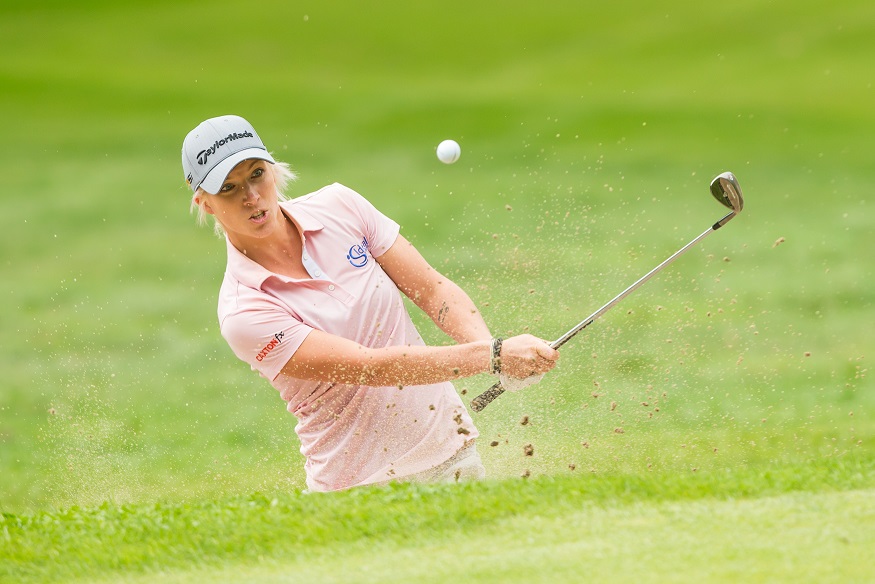 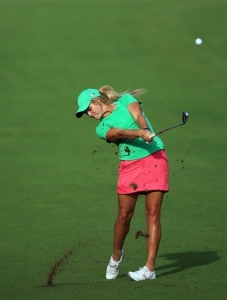 Carly Booth has been a regular visitor to Abu Dhabi, and played in the Gary Player Invitational at Saadiyat Beach GC earlier this year

One hundred and twenty six players will compete in Abu Dhabi’s first women’s professional golf tournament from 2-5 November for the US$550,000 prize purse and a chance to climb the 2016 Order of Merit rankings. The Ladies European Tour (LET) tournament, held in Abu Dhabi for the first time, is set to inspire the emirate’s female golfers along the way.

The LET’s 2015 season runner-up Melissa Reid will be chasing victory at Saadiyat Beach Golf Club, alongside fan favourite Carly Booth, who has two LET wins under her belt. Together, Booth and Reid are strong advocates of golf in the region, regularly choosing the emirate’s world-class golf facilities to hone their skills.

“The perception of playing golf as a woman has certainly changed over recent years,” said Booth. “I’m hoping events like the Fatima Bint Mubarak Ladies Open will draw greater attention to the game, especially amongst Emirati women. I’ve trained in Abu Dhabi many times and needless to say the facilities, as well as the climate, make for golfing paradise.”

Reid, who last January contested the Gary Player Invitational on Saadiyat Island said she’s looking forward to her return to the ocean-fronting course.

“I’d love to win in Abu Dhabi and at a golf course as special as this one. I’ve been looking forward to this week ever since playing in this year’s Gary Player Invitational at the same venue. I’ll be up against some extremely talented players, so winning this milestone event would be really special,” she said. 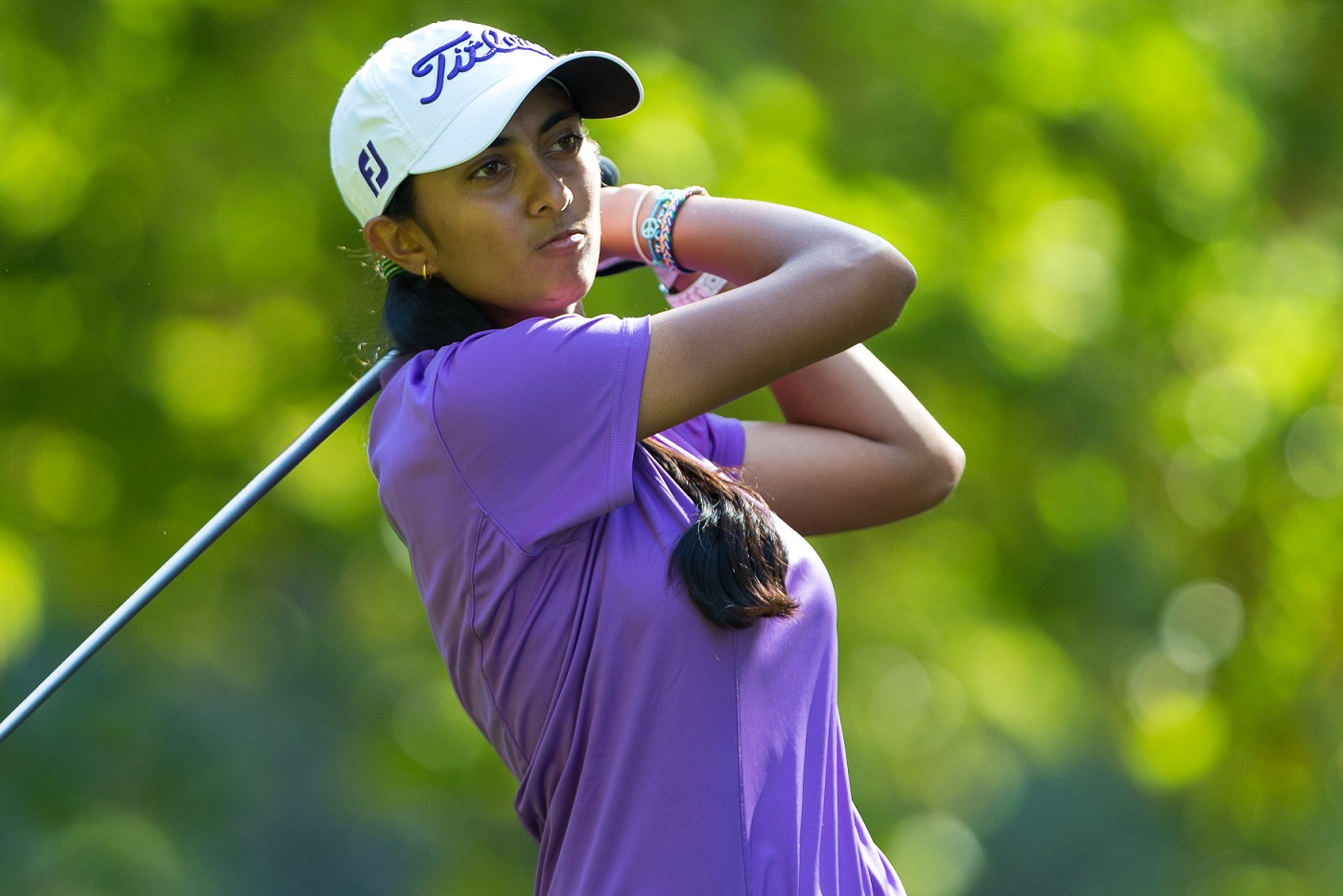 The FMBLO will also welcome India’s Aditi Ashok, who, at just 17, became the youngest lady winner of LET’s Lalla Aicha Tour School last year. As the only Indian golfer to have played the Asian Youth Games (2013), Youth Olympic Games (2014), Asian Games (2014) and Olympic Games (2016), Aditi is now 18 years old and looking to make her mark on the LET in Abu Dhabi.

The trio will also face competition from Europe’s up-and-coming stars including the likes of Denmark’s Nanna Koerstz Madsen, 21, who completed her first LET Rookie season in 2015 with six top-ten finishes in 16 tournaments before claiming her first professional victory at this year’s Tipsport Golf Masters in the Czech Republic. Spain’s 20-year-old rookie Nuria Iturrios, who came fourth at Lalla Aicha Tour School, will also be looking to build on the strong start that she made to her professional career following her first win at Morocco’s 2016 Lalla Meryem Cup. The other young guns to watch will include 18-year-old Angel Yin from the United States, who has already posted two top-10 finishes from eight starts in her rookie season and Isabelle Boineau of France, who recently claimed her first title at the Aberdeen Asset Management Ladies Scottish Open.

Adding more edge to the competition, World Golf Hall of Fame inductee Dame Laura Davies will also grace the greens in Abu Dhabi. Since turning pro in 1985, Davies has accumulated 80 international titles including four major championships and her experience is bound to inspire the UAE’s future stars. 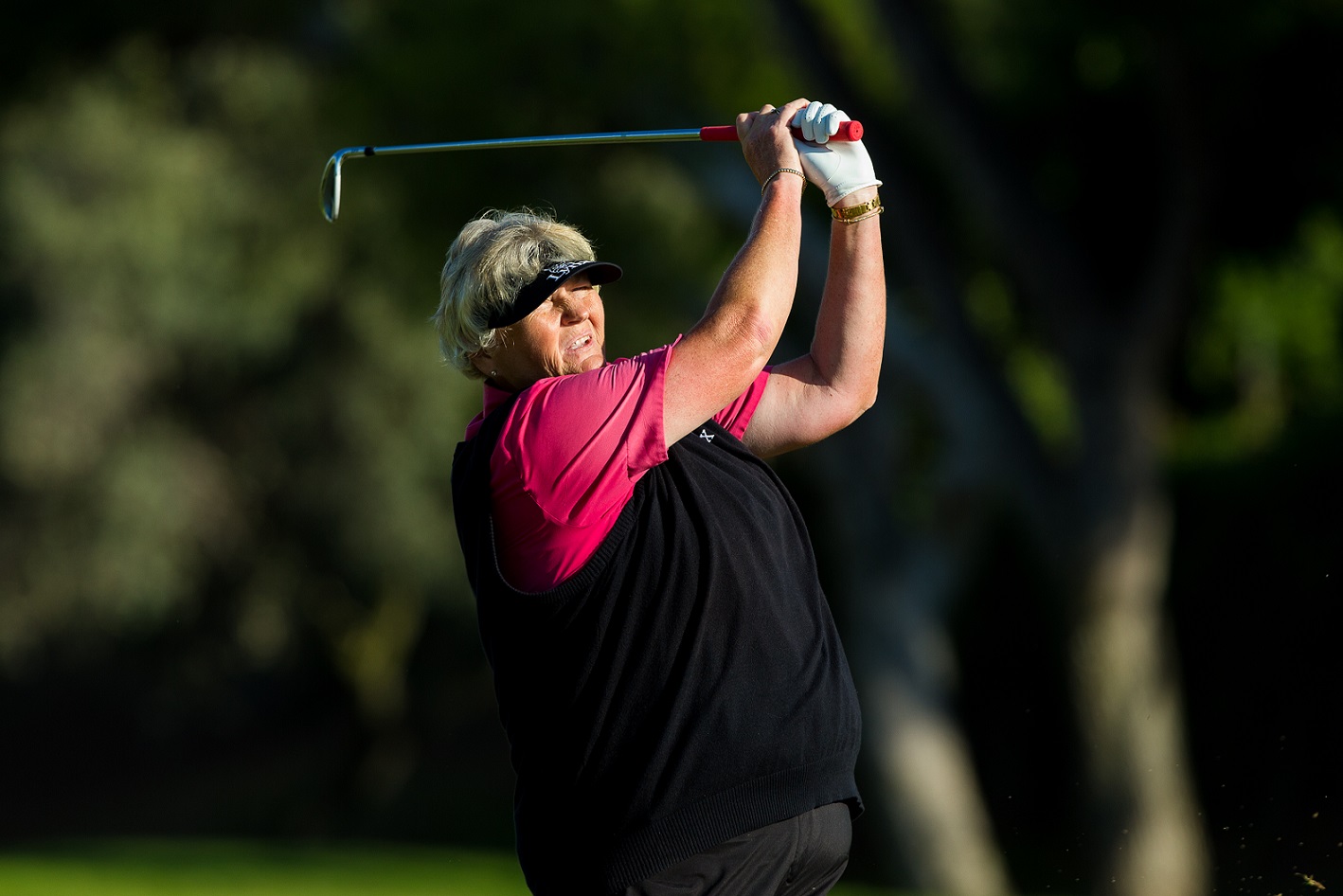 English legend Laura Davies has won over 80 titles, including four major championships over the course of a glittering career

Davies will be joined by fellow Englishwoman Trish Johnson, who became the oldest winner on the LET at the tender age of 48, with her 22nd career win at the 2014 Aberdeen Asset Management Ladies Scottish Open.

It was Gwladys Nocera that Johnson beat in Scotland and the seasoned Frenchwoman will be looking for her 15th LET title in Abu Dhabi.

Commenting on the headline field, His Excellency Aref Al Awani, General Secretary at Abu Dhabi Sports Council (ADSC), which is backing the event, said: “The inaugural Fatima Bint Mubarak Ladies Open is a combination of firsts, supreme golfing facilities and community-inspired activations, and an event that welcomes a glittering collection of leading female golfers and world-class sporting action.

“The combination of young up-and-coming athletes and legends of the game is bound to make the four-day event an historic one that will drive the sport amongst women in the region.”

The FBMLO has been organised by the Fatima Bint Mubarak Ladies Sports Academy (FBMA), in co-operation with ADSC. The event is free to attend.