Xander Schauffele’s name is a mouthful; it’s also on U.S. Open leader board 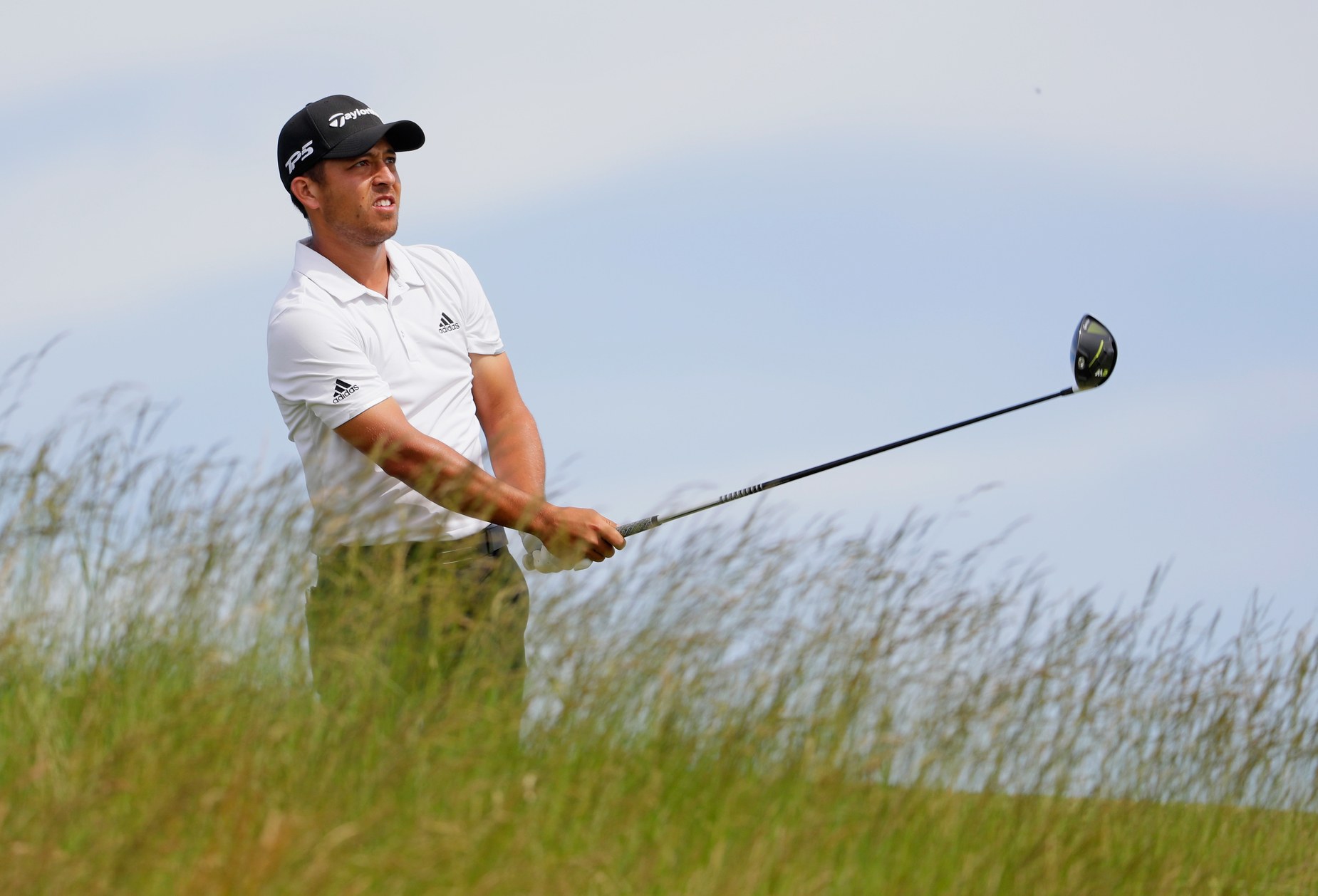 The first thing to know about Xander Schauffele, other than that he is five under par and in contention going into the weekend at the 117th U.S. Open at Erin Hills, is that his last name is pronounced SHA-fa-lee.

His father, Stefan, is German and French and mother Taiwanese and Japanese, and his career path was altered before he was ever born.

Stefan was a decathlete in Germany and on his way to the country’s national training center in Stuttgart when he was hit head on by a drunk driver. He was 23. He survived the crash but six surgeries and three years of hospital visits ended whatever dreams there were.

Along the way, Stefan discovered golf at the recommendation of his doctors and quickly became obsessed with the game, getting involved with an academy in San Diego after moving to the U.S. in 1988. He also spent two years as an assistant pro at Princeville’s Makai Course on Kauai in Hawaii before returning to Southern California.

During this time, his wife also gave birth to their second son, Alexander. Almost as soon as Xander, as he would become known, could walk he would hit balls with plastic clubs around the house. By the time he graduated to real clubs as a nine-year-old, his dad would only take him on the course with him if he could carry his own bag for all 18 holes. That Christmas, he surprised Xander with a membership to Bernardo Heights, where he would go with two other friends to play as often as possible.

“I told him you can go play every day,” Stefan said. “And he did. He caught the bug.”

But he’d also been bitten by the soccer bug, playing all throughout his childhood. He was a “natural” two-footer, his dad said, and “very talented” by 11 years old. He also had it in his genes — two of Schauffele’s great-grandfathers played in the Premier League, with Johann Hoffmann playing for his national team and winning multiple Austrian, Boehemian and French national championships, while Richard Schauffele captured more than 40 titles in discus, javelin and shot put.

At age 12, however, Xander quit soccer after his coach failed to move him from defensive midfield to offense, Stefan said.

“He would’ve been a good soccer player,” Stefan said. “He’s got the butt and the thighs.”

Those same muscles, along with good hand-eye coordination, translated well to golf.

Schauffele won the 2011 California State High school Championship and the following year went on to play at Long Beach State, where he was named Big West Conference Freshman of the Year.

The following year he transferred to San Diego State and in three years for the Aztecs was a Ping and Golfweek Third Team All-American. He also holds the record at the school for lowest tournament score against par (17 under) and career scoring average.

In 2014, Schauffele also had a pair of memorable duels with Beau Hossler, defeating him to win the state amateur at La Costa before losing to him at the Western Am in Chicago. He was ranked in the top 10 of the World Amateur Golf Ranking when he turned pro in 2015.

In his first year playing professionally, Schauffele earned his Web.com Tour card and last year finished 26th on the circuit’s money list, missing out on a PGA Tour card by less than $100.

He got one anyway by finishing 15th on the Finals money list.

Along with John Rahm, the 23-year-old Schauffele, who earned a spot in the U.S. Open through the qualifier in Memphis, is the youngest player to achieve rookie status on the PGA Tour who has graduated from college in the era of the Web.com q-school system.

“He was brought up in a certain way,” says Stefan, whose nickname among Schauffele’s inner circle is either Shrek, or simply ogre. “There’s a certain German element in there. There’s a lot of self-discipline.”

At Erin Hills, in his first round in his first major, he made six birdies and no bogeys. In more difficult conditions on Friday, Schauffele struggled a bit more with a double bogey, bogey and just two birdies, but kept the round together well enough to not fall out of contention.

“His ability to drive ball long and straight, just the control off the tee, his iron play is solid,” his college coach Ryan Donovan said. “He’s one of those guys you knew was going to make it [and be out there for a long time] no matter what happened.”

It has helped this week that Erin Hills reminds him of Barona Creek, one of the home courses used by San Diego State. The bentgrass greens, feature-less sightlines, wide fairways and thick fescue all felt very familiar when he got here this week.

“I won an event there my senior year,” Schauffele said. “[Thursday] night I was telling my caddie, I really feel like we’re playing Barona right now The greens are marked up, but it’s exactly what I grew up playing on. So I felt really comfortable.”

Though he has only a few family members with him this week, he has gotten plenty of support from home. Thursday night, his middle school science teacher texted to let him know everyone was watching.

How did he get the number?

“He got it from a kid who is on the golf team in middle school or something like that,” Schauffele said. “I don’t know. It’s all good though.”