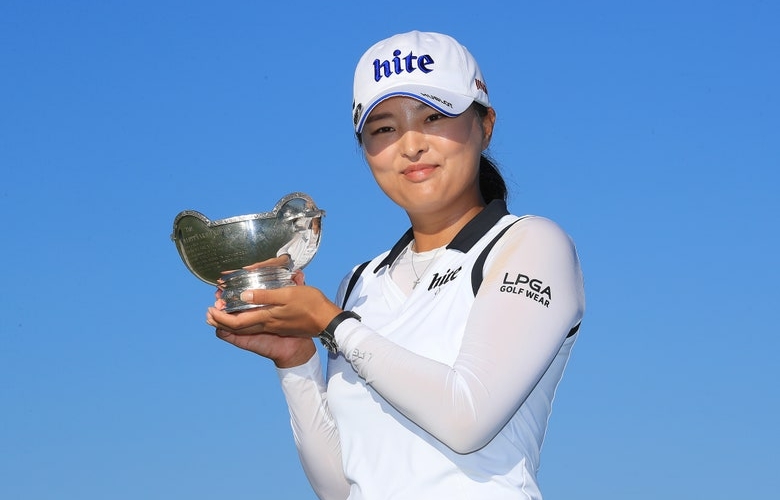 Sam Greenwood
Jin Young Ko, posing with the Vare Trophy after the final round of the CME Group Tour Championship, is No. 1 in the Rolex Women’s World Ranking. (Photo by Sam Greenwood/Getty Images)

By Brian Wacker
Earlier this week, Golf Digest reported the Official World Golf Ranking was being frozen, a move done in response to all major tours currently being on hiatus due to the ongoing COVID-19 pandemic.

On Friday, that news became official as the OWGR and the Rolex Women’s World Golf Ranking announced they were pausing indefinitely.

“The Official World Golf Ranking and Rolex Women’s World Golf Ranking will be paused until further notice with professional golf currently inactive due to the global threat posed by Coronavirus (COVID-19),” the organizations said in a statement. “The Governing Boards of the OWGR and WWGR have decided that the rankings will be frozen at Week 11 (the week ending March 15th and 16th 2020) and will continue to monitor the impact of Coronavirus COVID-19.”

They went on to add that an announcement about the resumption of each respective ranking will be made in “due course.”

For now, that means current world No. 1 Rory McIlroy remains stuck on 101 total weeks atop the rankings. Recently, he became just the third player to reach triple digits in weeks atop the rankings, behind only Greg Norman (331 weeks) and Tiger Woods (683) since the creation of the ranking in 1986. On the women’s side, Jin Young Ko maintains a nearly three-point lead over second-ranked Nelly Korda.