Woods for the Desert Classic? Say it’s so, Tiger… 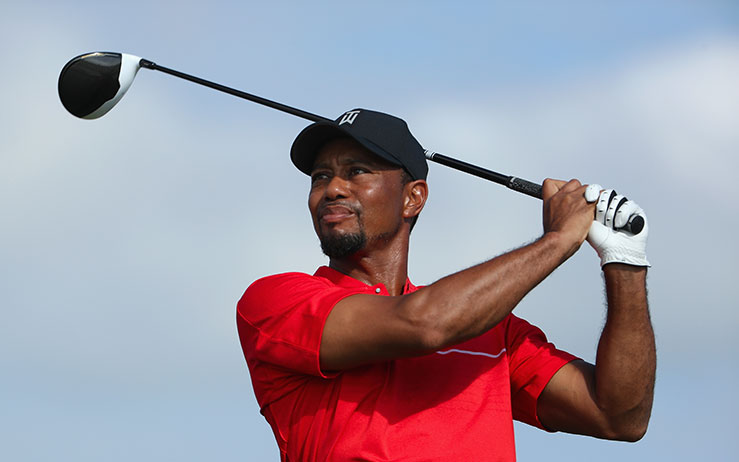 Now golf’s marquee player has committed to the Genesis Open at Riviera Country Club in January, the inevitable question is where he’ll tee it up next in 2017 and whether that might be a return to Emirates Golf Club for the 28th edition of the Desert Swing decider.

The 14-time major champion has been linked with both the European Tour’s Desert Classic and the Wastepaper Management Phoenix Open, the rowdy, fan-favourite PGA Tour event also scheduled for February 2-5.

But the whispers within the UAE golf fraternity are growing louder that Woods, the 2006 and 2008 Desert Classic champion, is leaning toward a Majlis return.

The wishful thinking stacks up from both a golf and business perspective as Woods could combine a much-need tournament “rep” on a favoured hunting ground with a trip to Al Qudra to check progress on his first Dubai course design, Akoya Oxygen, due to open in early 2018.

As tends to be the way with these things, tournament promoters such as Desert Classic-organiser ‘golf in DUABi’ are sworn to secrecy ahead of a joint announcement likely to be driven from Woods’ social media platforms – exactly how he announced his 2017 bow at Riviera overnight.

It would certainly be a boon for the Desert Classic if Woods is confirmed, especially as the Middle East’s unofficial “major” faces a genuine challenge from the Abu Dhabi HSBC Golf Championship in terms of player pulling power.

Reigning U.S. Open champion Dustin Johnson is the big attraction for Abu Dhabi, the headline act among 12 stars for the 12th edition of the January 19-22 tournament considered the de facto start to the European Tour’s 2016-17 wrap-around season. Also confirmed are defending champion Rickie Fowler, US Masters champion Danny Willett, world No.2 Rory McIlroy and Open championship hero Henrik Stenson, all of whom, except for Fowler, are expected to play the Desert Classic.

Woods has been a regular starter in Dubai, his last appearance coming at the 25th anniversary tournament in 2014 along alongside all past champions save for the late, great Seve Ballesteros who was represented by his son Javier.

Anytime Woods plays anywhere the interest is gargantuan but anticipation has been ratcheted to a whole new level following his impressive comeback at last month’s Hero World Challenge in the Bahamas where he carded rounds of 73-65-70-76 to finish -4, 14 shots adrift of red-hot Japanese winner Hideki Matsuyama.

While Woods finished 15th of the 17 finishers (Justin Rose withdrew with a sore back), there were enough free swinging smiles in his first appearance on the PGA Tour since the August 2015 Wyndham Championship to suggest he can contend again, and thankfully no repeat of the chipping yips that blighted his previous comeback. Even the trademark fist-pump returned in the second round. 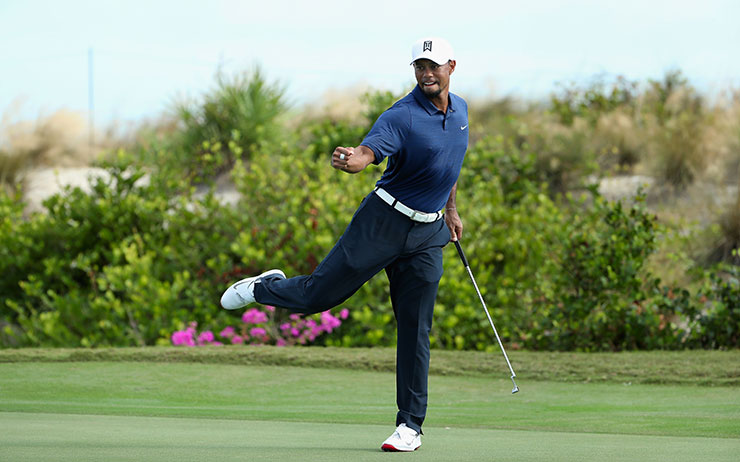 Woods’ world ranking skyrocketed from 898th to 650th on the back of his play in the Bahamas and the global glare will only intensify at Riviera (Feb 16-19) where he will play for the first time since 2006. He hasn’t won on the PGA Tour since 2013.

“I’m very excited to come back to Riviera and compete in the Genesis Open,” said Woods whose appearances is no surprise given Woods’ foundation is the new host of the event formerly known as the Northern Trust Open.

Riviera is not necessarily Woods’ first start in 2017. In addition to Phoenix and Dubai, events on his radar apparently include the earlier Farmers Insurance Open (Jan 26-29) at Torrey Pines, where he has won eight times, and the AT&T Pebble Beach Pro-Am (Feb 9-12).

As for Dubai, its now a waiting (and hoping) game. The game of golf in the Middle East has everything crossed.