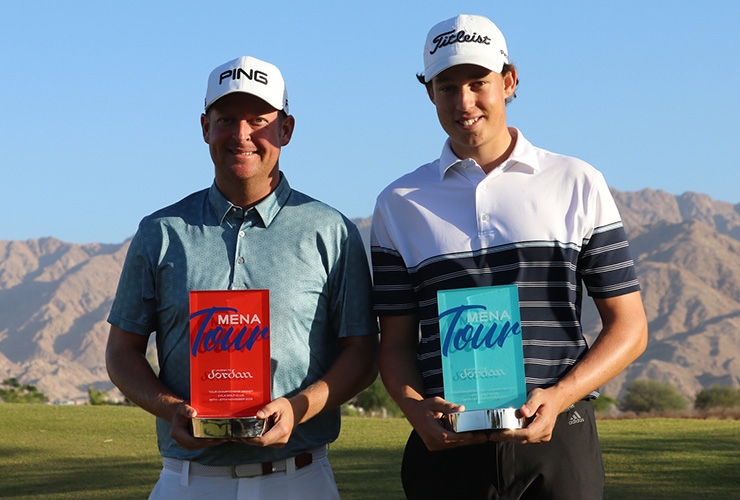 By Kent Gray
Josh Hill couldn’t pull off the finish he had hoped for to cap his breakout rookie season on the MENA Tour but will ride his golfing fairytale into 2020 nonetheless.

The 15-year-old Dubai-based amateur had the chance to win his second title on the regional developmental circuit in three starts but faded from the lead through 36 holes to a share on 9th with a closing 76 at the Journey to Jordan Tour Championship on Thursday. There was a bittersweet finish in Aqaba with the top-1o seeing Hill overhaul fellow English teen Curtis Knipes to top the season-long amateur Journey to Jordan order of merit standings and secure a start in January’s Omega Dubai Desert Classic in the process.

That prospect alone helped Hill get over the disappointment of his four-over final round at Ayla Golf Club.

“I have been to every [Dubai Desert Classic] tournament since I was a five- or a six-year-old and remember getting amazed by the number of people that walked with Tiger Woods’ group when I was there the first time…I am very excited and looking forward to playing at the Omega Dubai Desert Classic,” said Hill who become the youngest winner of an OWGR event when he captured the Al Ain Open in last October.

“It’s been an amazing season for me, one in which I have learned a lot on the MENA Tour playing with all the professionals. I think I have grown as a player.

“I wanted to finish top-10 in at least a couple of tournaments this season, but I have surpassed my expectations. The win at Al Ain was definitely the highlight of the season.”

Josh Hill may not have won the Journey To Jordan Tour Championship after being sole leader at the start of final day, but he did get the prize he was after – winning the MENA Tour by Arena Amateur Order of Merit and getting that dream start at the @OMEGAGolfDubai Desert Classic. pic.twitter.com/dxANidtSPt

MG Keyser, meanwhile, didn’t have the best finish at Aqaba like Hill. A closing 79 saw the South African finish T-36 in the season decider but it was still sufficient to claim the professional Journey to Jordan title even though his nearest challengers for the honour – Australia’s Daniel Gaunt (69) and England’s James Allan (72) – finished tied for 16th. 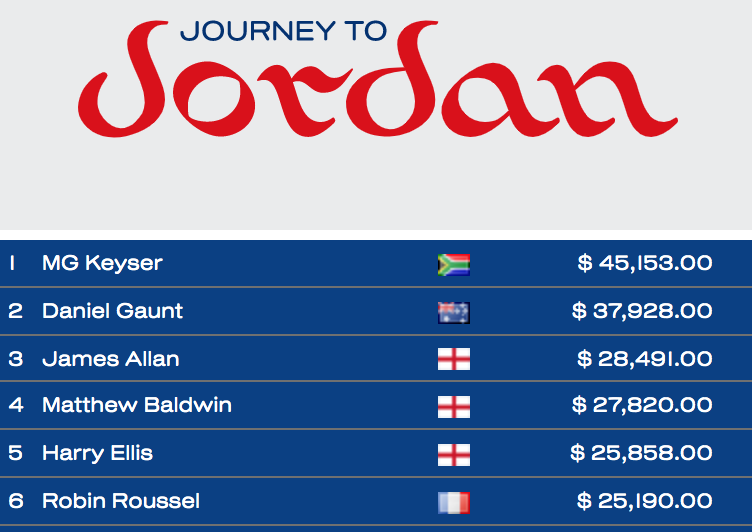 Keyser finished with total earnings of $45,153 from the season and knows the feat has the potential to change his future. As well as the Desert Classic, Keyser has earned invites to the Made in Denmark and the Diamond Cup in Japan.

“I think one of the things every professional golfer looks for is consistency and that was one of the most pleasing aspect of my season,” said Keyser who went through the season without missing a cut.

“I am planning to play more in Europe and this gives me two starts on the European Tour and also in the Diamond Cup in Japan. These are great opportunities and it is now up to me to make the most out of it.”

Above everything else, winning the Journey To Jordan validated the hard work put in by @KeyserMG and he was especially proud with the consistency he showed throughout the season.@arenagroup_plc @TGP_Dubai @AylaOasis pic.twitter.com/TC6UAwsLZV