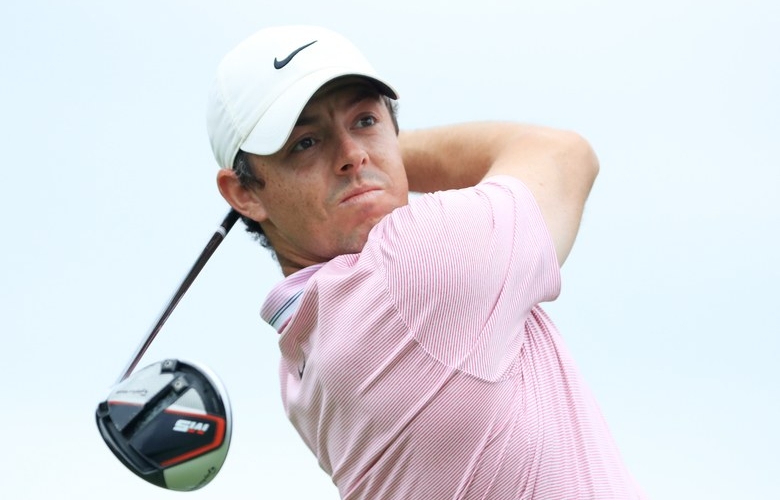 ATLANTA, GEORGIA – AUGUST 25: Rory McIlroy of Northern Ireland plays his shot from the fourth tee during the final round of the TOUR Championship at East Lake Golf Club on August 25, 2019, in Atlanta, Georgia. (Photo by Streeter Lecka/Getty Images)

Starting five shots in arrears of Justin Thomas in the new format for the Tour Championship, which serves as the finale for the playoffs, McIlroy had no problem making up that ground, finishing at 18 under par to win the title and the $15 million FedEx Cup payday at East Lake Golf Club in Atlanta. The win was his fifth career playoff victory, surpassing the four won by Tiger Woods and Dustin Johnson.

McIlroy used the same formula at East Lake that he did during a season of incredible consistency—one in which he won three times and finished no worse than T-6 in his last seven starts. Mcilroy led the field in strokes gained/off the tee; strokes gained/tee-to-green and total strokes gained—all categories he led the tour in for the season.

As usual, McIlroy’s TaylorMade M5 driver served as a valuable weapon. The 9-degree club with a Mitsubishi Tensei CK 70 shaft utilizes two key technologies in the face. The face is designed to be hotter than allowable under USGA rules, but a material is injected inside the clubhead to bring it just below the legal limit. The face also is twisted in a manner where it is more open on the high toe area and slightly closed on the low heel to help mitigate the effect of mis-hits in those spots. McIlroy also takes advantage of the adjustable weights on his driver, placing one in the heel and one in the rear position to promote a high launch and a modest draw bias.

But it wasn’t just the long game that served McIlroy well in his second run to a FedEx Cup title. His putter, often considered a weakness, was markedly improved in 2018-’19. McIlroy ranked 29th in strokes gained/putting (compared to 159th in 2017-’18) after changing to a TaylorMade Spider X Copper putter. The mallet also produced numerous big putts on Sunday, including an 11-footer for birdie on the par-4 13th, a key nine-footer for par at the 16th and a 15-footer for birdie on 17 that provided some extra breathing room. For the week, McIlroy was second in putts per green in regulation.

And an undeniable first on the leaderboard.

What Rory McIlroy had in the bag at the Tour Championship