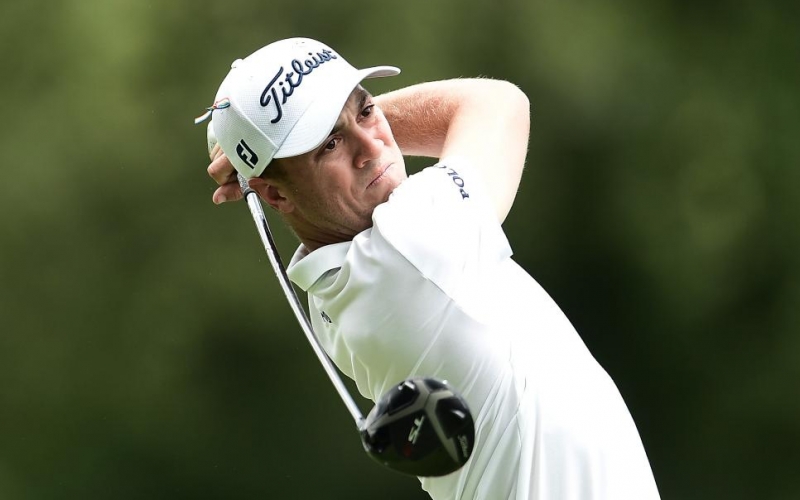 By E. Michael Johnson
Justin Thomas won the WGC-FedEx St. Jude Invitational with a final-round 65 and with it returned to No. 1 in the world.

Thomas worked his way back to the top spot in golf by capitalising on a strong iron game that saw him rank first in strokes gained/tee-to-green and second in strokes gained/approach-the-green, picking up more than 7.5 strokes on the field with the latter. On Sunday, Thomas made six birdies, four of them coming after approach shots that came to rest inside of 10 feet.

Thomas’ iron set is comprised of Titleist’s 620 MB irons (that replaced the 718 MB’s he had been using) that he uses for his 5-through 9-iron in a split set with the company’s T100 4-iron. The grips are Golf Pride’s Tour Velvet. Thomas’ steady play led to just six bogeys for the week against 19 birdies, with only one bogey in three of the rounds.

Although Thomas was not among the leaders in driving distance (ranked T-44), he did manage to hit over 70 percent of his fairways for the week, primarily using his 9.5-degree Titleist TS3 with a Mitsubishi Diamana ZF 60 TX shaft or his TS3 3-wood. Thomas worked with Titleist’s tour team this week on tightening the dispersion in his 3-wood, resulting in a shaft change to Mitsubishi’s Tensei Blue AV Raw 85 from the Tensei Blue CK 80 he had been playing.

What Justin Thomas had in the bag at the WGC-FedEx Invitational: