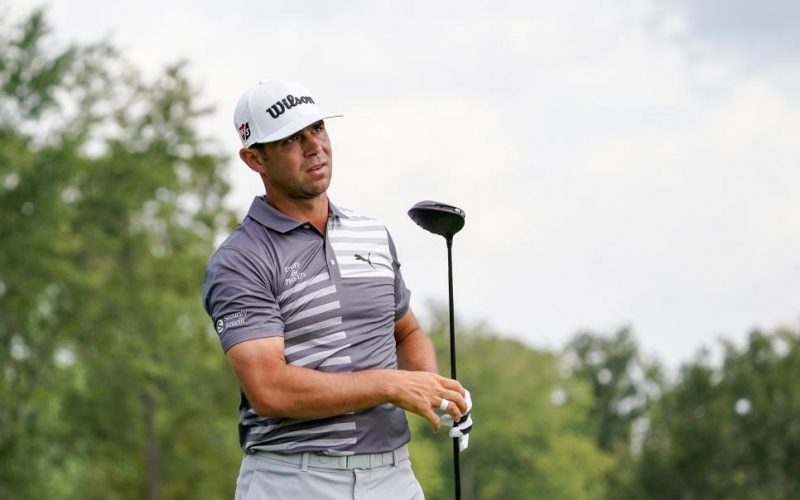 By Joel Beall
MAMARONECK, N.Y. —The 2020 U.S. Open will not fall on Father’s Day, but another tournament rite endures: Social media videos of balls tossed into the rough to show the danger that awaits those who venture off the fairways. A true tradition unlike any other.

Which, admittedly, is a bit odd. It’s the U.S. Open! What do you expect, AstroTurf mats in the second cut? (That sound you hear is Keith Pelley writing down the Euro Tour’s next “innovation”.) But yes, the rough at Winged Foot is something fierce. Just take it from Gary Woodland.

Speaking to the media on Tuesday ahead of his title defence, Woodland was asked what has been the worst lie he’s seen so far at Winged Foot. According to Woodland, it was a lie he couldn’t see.

“I was chipping, my caddie was throwing me balls back to me chipping and we lost a ball for about five minutes and it was right in front of me,” Woodland said. “We didn’t find it until we stepped on it. The golf ball can disappear pretty quickly.”

Not helping matters was Woodland made his initial trek on Saturday. Without volunteer spotters on the property yet, Woodland and caddie Brennan Little were having a heck of a time finding errant shots.

“I was talking to the USGA, I was glad they were bringing marshals out yesterday. There was talks of not having marshals the first couple practice rounds. The practice rounds would have been 10 hours out here trying to find golf balls,” Woodland said.

Even without fans, there will be plenty of eyes come Thursday, and Woodland doesn’t anticipate losing any balls by going off the fairway. Nevertheless, staying as far away from the high stuff is the name of the game this week.

“They do have progressive rough, but the progressive rough is so thick it drops to the bottom. So a huge key of keeping the golf ball out of that thick rough, and then when you do get in it, take your medicine, get wedged out and attack from the middle of the fairway,” Woodland says.

Woodland will try to go back-to-back at the U.S. Open starting at 1:05 p.m. Thursday.

A reminder that this U.S. Open at Winged Foot is a minor miracle

The inside scoop on Winged Foot from the club’s historian

With the USGA cancelling qualifying for the U.S. Open this year because of the COVID-19 pandemic, that means only 144 players are teeing it up at Winged Foot, down from its typical field of 156.