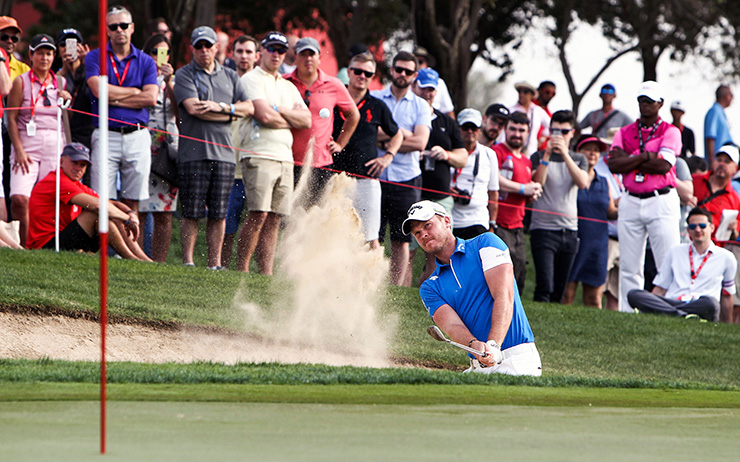 Cancel the counsellor. Danny Willett is going to be just fine.

A miserable end to his career best season spilled over to the start of this new European Tour year a fortnight ago when just four players separated Willett from a dead last finish in Abu Dhabi.

But if you expected the reigning U.S. Masters champion to roll into the defence of his Omega Dubai Desert Classic title this week a blithering mess, reconsider.

“Often we miss cuts and we fly home on the Friday night because we’re in a huff and stuff,” the 29-year-old said after rounds of 74-76 saw him finish +6 and tied for 121st place in the Desert Swing opener.

“But I was actually not too disheartened. I had thrown some terrible golf shots in there, but I [knew I] wasn’t far away.”

The trusty fade Willett used to master the Majlis last year and then Augusta National – both notably courses set up for the draw – deserted the Yorkshireman in Abu Dhabi.

But he’s felt it drift back into his repertoire during the intervening 10 days.

“Last week we aimed at that left-hand trap down the left side of the fairway, and hit it in it because we weren’t cutting it enough, and that was all it really was,” Willett explained.

“And then obviously around that golf course, if you’re in the rough or in the trouble off the face of a bunker, you physically can’t get to some of them greens. It doesn’t take much to shoot a few over par on that course [The National]. “ 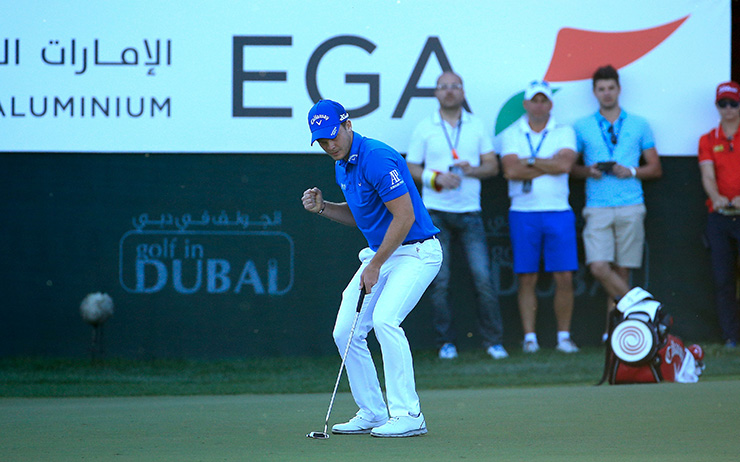 Not having your go-to shot on command might have been “mentally tricky” but it wasn’t half as bad as the second half of Willett’s 2016, despite him finishing runner-up in the Race to Dubai for a second successive year.

After winning the Masters and representing England at the Olympics, Willett’s Ryder Cup debut should have completed a triple crown of glorious golfing first. But it all turned sour thanks to a couple of ill-considered tweets from the not-so smart phone of his brother Peter. Willett went 0-3 at Hazeltine as Europe surrender Samuel Ryder’s trophy 17-11 and he pretty much hasn’t recovered, save for an encouraging sixth placing at December’s Hong Kong Open

Things got so bad Willett even admitted: “I don’t really want to be out there playing golf” during November’s Turkish Airlines Open. It showed as he stumbled home 22 shots behind winner Thorbjorn Olesen and was separated from the bottom of another leaderboard by just seven players, three of them Turkish amateurs.

Thankfully, he seems to have his mojo back.

“It’s been a good 10 days in fairness,” Willett said of his extended break.

“A couple of days off with Little Man [his infant son] and making sure he was all right. And then again, we’re practicing hard again because we want to practice hard. The back end of last season, I was practicing just because I felt like I should be practicing.

“So it’s nice to get that little bit of fun go back into your belly and to actually want to come back out and want to do the things that we did last year.

“It’s going to be hard to match last year, but we’re going to try our best to do so.”

Willett has worked hard trying to grease the “safety valve” he calls his fade off the tee but has also mixed it up in practice at Emirates Golf Club.

“Yesterday [Monday] we only had — I think the tee was closing in 20 minutes, so we clipped a few balls and went and played a few holes, which we haven’t done for awhile. We’ve almost been too much on the range trying to get everything perfect,” he revealed.

“So it’s just doing more of the same. We’re going to go play nine this afternoon [Tuesday] and obviously got the Pro-Am tomorrow. Again, just trying to get back to hitting one shot. Trying to hit a fade again. It’s done us pretty good over the last two years.

“I’ve been working really hard, as I always do. That’s the only thing that you can control within life, within this game, is how hard you work.

“And as long as I know within myself, you know, the levels that I’m working at, then I can accept playing bad. I mean, it is what it is.”