Will Rory’s ribs allow him to play any part in the Desert Swing? 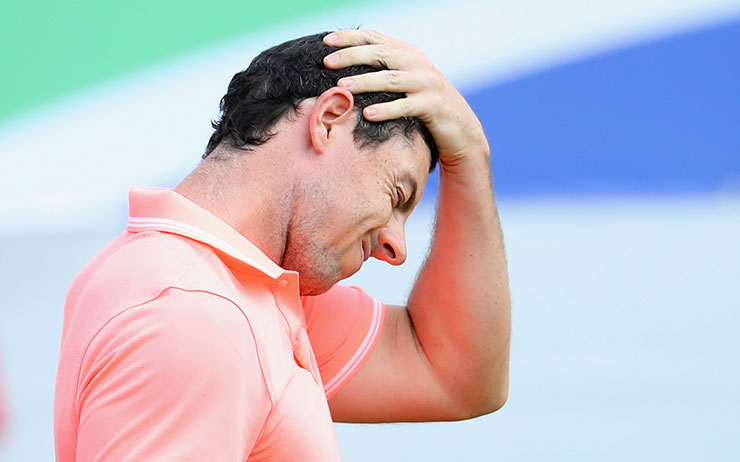 Abu Dhabi’s disappointment is now the Dubai Desert Classic’s concern – will Rory McIlroy play any part in the Desert Swing?

A rib injury, enflamed during last week’s South African Open has forced the world No.2 out of the 12th Abu Dhabi HSBC Championship starting on The National Thursday.

It’s a bitter blow for the first leg of the European Tour’s annual three-tournament Desert Swing and threatens to impact the finale as well with the 27-year-old Northern Irishman offering no indication of whether he will be fit to tee it up at the Tiger Woods-headlined Desert Classic from February 2-5 as planned.

“In situations like this you simply have to listen to the experts and the team I have consulted have all advised me to rest until my rib has fully recovered,” said McIlroy, a four-time runner-up in Abu Dhabi.

“It’s bitterly disappointing to have to withdraw from the Abu Dhabi HSBC Championship. I think everyone knows how much I love playing this tournament. To be forced to miss this week through injury is really quite annoying to be perfectly honest, but I am sure the tournament will be a huge success and I hope everyone involved has a great week.”

McIlroy initially pinned his problem to fatigue after an off-season hitting a lot of balls, many of them in Dubai, as he tested new equipment.

He complained of a sore back in Johannesburg, where he lost in a playoff to Englishman Graeme Storm, and played with it taped and on inflammatory tablets. However a test revealed a stress fracture which will require time as much as a careful rehabilitation program.

Mohamed Juma Buamaim, Vice Chairman and CEO of Desert Classic promoters ‘golf in DUBAi’, has his fingers crossed McIlroy makes it to Emirates Golf Club next month but understands the bigger picture for world golf.

“The team at ‘golf in DUBAi’ wish Rory a speedy recovery. The most important thing is that he takes whatever time is necessary to fully recover from his injury,” said Buamaim.

“We truly hope he will be fit for the 28th edition of the Omega Dubai Desert Classic but that decision lays fully in the capable hands of Rory and his team.”