Wie to work as in-studio analyst during matches at Gleneagles 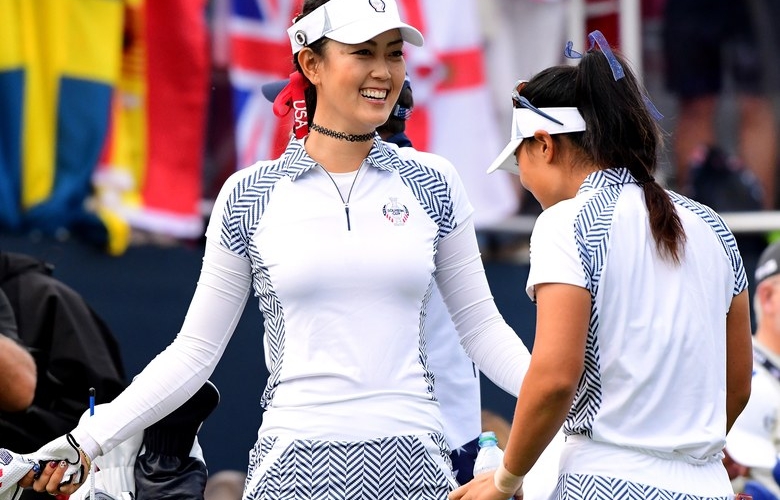 By Keely Levins
GLENEAGLES, Scotland — Golf Channel announced on Wednesday that Michelle Wie will be an in-studio analyst for the 2019 Solheim Cup.

Her first appearance will be on Friday at 1:30 p.m. Eastern Time, after the Solheim Cup’s first day of live coverage concludes from Gleneagles. Wie’s co-analyst in Golf Channel’s Orlando studio will be Paige Mackenzie.

“I’m excited to join the Golf Channel crew to give my views and inputs on a great event that means so much to me,” Wie said in a release.

This is the first time since 2007 that Wie is not a member of the U.S. Solheim Cup team. Wie has scored 8½ points for Team USA in her five appearances.

On the course, Wie has had a difficult year in 2019, a lingering wrist injury after surgery in late 2018 limiting her play. After the KPMG Women’s PGA Championship in June, Wie announced that she would be taking the rest of the season off to let her wrist heal.

One highlight in her year, however, came two months later in August, when she married Jonnie West, the son of NBA legend Jerry West.

Golf Channel said that Wie also will be contributing to its social channels throughout the competition.