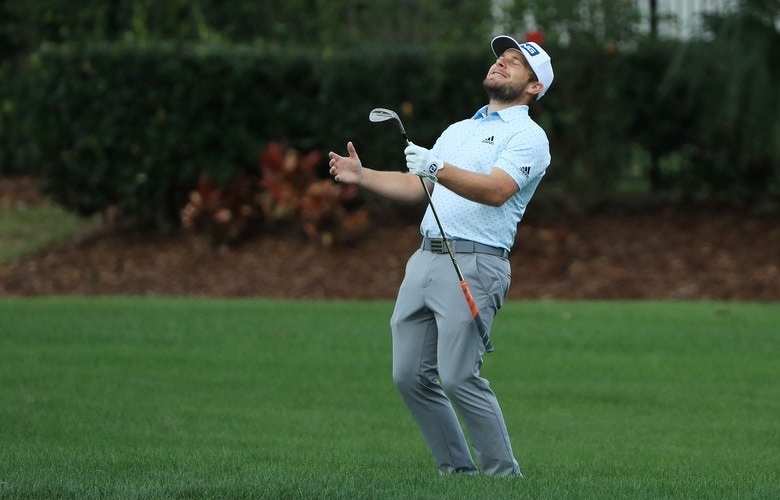 Sam Greenwood/Getty Images
Hatton reacts to a shot on the 16th hole during the final round of the Arnold Palmer Invitational Presented by MasterCard at the Bay Hill Club and Lodge on March 08, 2020, in Orlando, Florida.

By Alex Myers
Tyrrell Hatton held off a strong field and even stronger Florida winds to win his first PGA Tour title at the Arnold Palmer Invitational on Sunday. It was a gritty performance that felt more like a U.S. Open than a regular tour event. In fact, in terms of scoring, it was reminiscent of one of the more difficult U.S. Opens of all time.

Hatton hung on at Bay Hill despite shooting 73 and 74 the final two rounds. How rare is that? The 28-year-old Brit is the first golfer to win a PGA Tour event with two-over-par scores on the weekend since Geoff Ogilvy at the 2006 U.S. Open.

The biggest difference—aside from a major trophy on the line, of course—is how brutal that entire week was at Winged Foot nearly 14 years ago. While Hatton, a four-time winner on the European Tour, finished at four-under for the tournament, Ogivly won his lone major with a five-over total.

But Bay Hill was certainly in rare company in terms of toughness over the weekend. On Saturday, Max Homa’s two-under 70 was the only score under par. And Matthew Fitzpatrick was the only player to break 70 in either of the final two rounds with his Sunday 69. Slipping on that Arnie victory cardigan has never been so taxing.

By the way, the U.S. Open returns to Winged Foot this year in June. Coincidence? Well, yeah, that’s totally a coincidence.