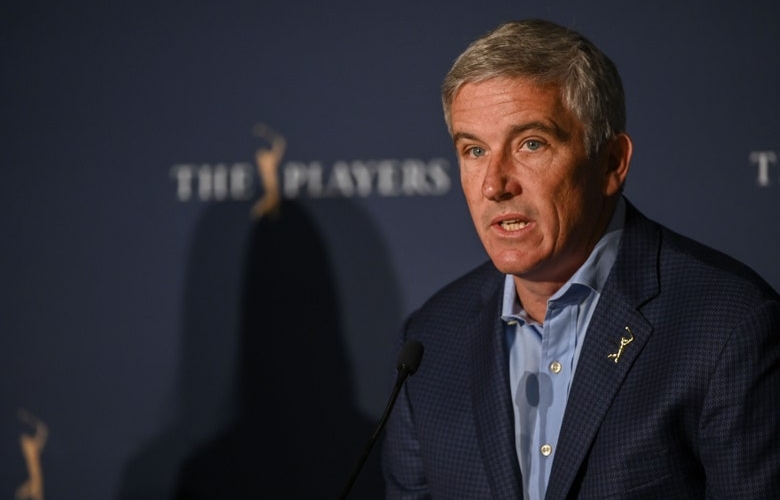 “Our players are always vocal, and we were proactive in trying to share with them our thinking over the course of the day and as they came off the golf course and late into the evening,” Monahan said. “There were some players that were concerned. That’s something that we took into consideration and took very seriously.”

The second major factor in the decision was the news that the Disney theme parks and Universal Studios in nearby Orlando were shutting down. Monahan said he weighed that information, along with continued dialogue with local and government health officials, in making the decision to ultimately pull the plug on the event and all PGA Tour tournaments through the Valero Texas Open.

“That was the final thing that we had heard that said, you know what, even though we feel like we have a safe environment and we’ve done all the right things, we can’t proceed, and it’s not right to proceed,” he said. “Those two things together were really the things that drove the decision.”

Still, it didn’t come easily or quickly. The Players is the tour’s flagship event, and while other sports leagues continued to shut down, golf moved forward at TPC Sawgrass, where spectators were allowed to attend the first round on Thursday before it was announced that there would be no fans for the remaining three rounds.

Then late Thursday night, players were informed via text message that the tournament would not continue and shortly afterwards the tour released a statement announcing the news.

“This is our Super Bowl,” Monahan said on Friday. “This is the biggest event of the year for us, and we’re here and we’re playing it. You know, unlike a lot of other decisions that are being made, they’re being made in the weeks to come. And we just felt like, you know what, given all those factors, it was time to move on.”

When the PGA Tour will resume its season is unknown. There is no definitive timetable for playing again, and on Friday morning Augusta National also announced that it was postponing this year’s Masters.

“I would say give us a little bit of time,” Monahan said. “We’ve made the decision, we’re stepping back, we’re not playing. We’ve communicated that with all of our tournaments in the markets coming up. And I think we need to do a couple things right now.

“As we step back and we think about when we’re going to play, we need to do all the things that led us to this decision. We need to continue to understand what’s happening on the ground in the markets where we would be returning to play, continue to work with our partners in those markets, continue to understand what’s happening with the CDC and the World Health Organization, and then ultimately that will guide our decision. We’re going to make sure that we protect the safety and well-being of all of our constituents as we make that decision.”

On Friday, Monahan said he wasn’t aware of any player, caddie or staff member that had contracted coronavirus. He also said the tour would proceed as if it would resume business at the RBC Heritage, which begins April 16, but declined to elaborate what the specific process would be in determining when the season would resume.

“I’m a fighter,” Monahan said. “I wanted to fight for our players and our fans and for the Tour to show how golf can unify and inspire. But as the situation continued to escalate and there seemed to be more unknowns, it ultimately became a matter of when, and not if, we would need to call it a day.”