What’s Next For Tiger Woods? It’s Something Even
He Can’t Really Answer 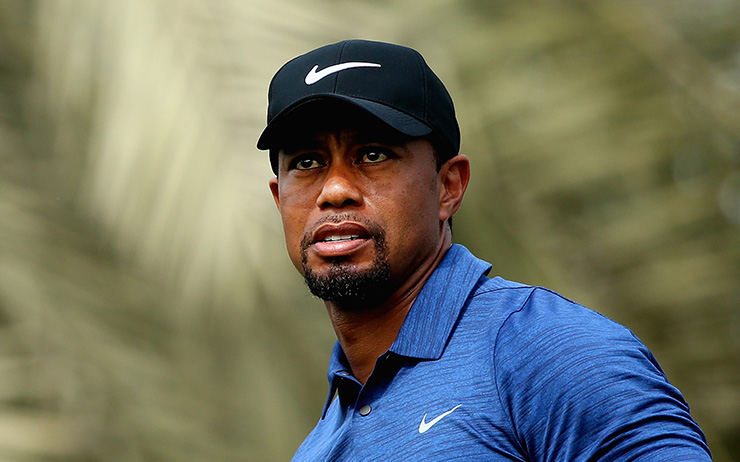 Eye-popping length combined with incredible shot-making, a sizzling short game and an ability to seize the moment is how Tiger Woods dominated golf for nearly two decades.

He was the best, arguably ever, having accomplished things not even the player whose records he so viciously pursued, Jack Nicklaus, had done (except for that one biggie, of course).

Woods’ reality now, of course, is altogether different. He faces an incredibly long and difficult road in front of him, if he’s even able to take it.

“My doctors have advised me not to play the next two weeks, to continue my treatment and to let my back calm down,” Woods said Friday on his website, announcing that he was withdrawing from the upcoming Genesis Open and Honda Classic. “This is not what I was hoping for or expecting.”

It was always an ambitious goal, four starts in five weeks. Woods lasted all of three rounds, missing the cut at Torrey Pines then flying 12-time zones to Dubai, only to pull out of the event after physically struggled through an opening 77.

Prior to withdrawing at Dubai, the enigmatic Woods insisted he was fine, but those watching could see otherwise. His agent contended the spasms weren’t related to the two back surgeries or a third “procedure” that Woods has undergone since the spring of 2014. Yet this is where we are. Again.

It’s commendable that Woods is trying to come back, and assuredly frustrating that it’s requiring so much effort. But how much more at this point is he really able to give?

At the Hero World Challenge in December, it appeared Woods had been able to practice in the weeks leading into his first competitive event in more than 15 months. In contrast, at Torrey Pines, he was far less sharp, leaving you to wonder how much time on the range he had been able to put in this year.

Perspective is important when considering where Woods has been, where he’s at and where he’s going. Prior to 2014, Woods won 79 times on the PGA Tour, including 14 major championships. He withdrew from just five tournaments and missed the cut nine times in 18 years. At one point, he went six straight seasons without missing a cut or withdrawing.

Since then? Woods, who turned 41 in December, has withdrawn or missed the cut 11 times in 23 starts. From the time he underwent his first back surgery in April 2014, Woods has completed 72 holes in just nine of the 19 tournaments he has entered.

It’s been nearly nine years since Woods won his last major, the U.S. Open at Torrey Pines. Yet how long has it really been? Consider this:

• Jason Day was a rookie on the PGA Tour and still a year away from marrying wife Ellie.

• Rory McIlroy was a teenager, a pro for less than a year and barely inside the top 200 in the Official World Golf Rankings.

It’s not just the physical issues—his injuries haven’t been confined to the back, but also his neck, knee and Achilles and just about everything in between—that have taken its toll on Woods. There’s the mental grind he has also suffered through.

• The Thanksgiving night car crash and ensuing scandal in 2009.

• A contentious firing of longtime caddie Steve Williams, whom Woods was the best man at his wedding, in 2011.

• The debacle surrounding the two-stroke penalty Woods took at the 2013 Masters.

• A controversial drop later that year at the Players and oscill-gate at the BMW Championship.

• The 2015 split from girlfriend Lindsey Vonn.

Amazingly, Woods’ greatness endured. In 2013, Woods won five times on the PGA Tour and was voted Player of the Year by his peers.

And yet, that feels like forever ago. It has been a steep decline since. Multiple back surgeries, a case of the yips and age will do that, even to the best.

These days, just being able to play is a victory for Woods, and with that I’m reminded of the words of someone Woods grew up watching play against his beloved Oakland Raiders, former Denver Broncos quarterback John Elway.

“I can’t do it physically anymore, and that’s really hard for me to say,” said Elway, an old 38 at the time, during his retirement speech in May 1999. “It’s hard to walk away. I can’t explain in words how much everyone has meant to me.”

Words can’t express what Woods has meant to golf (and probably vice versa). He might not be ready to walk away yet, but at this point it’s fair to ask the inevitable: Can Tiger not do it physically any more?

Once again there are more questions than answers.