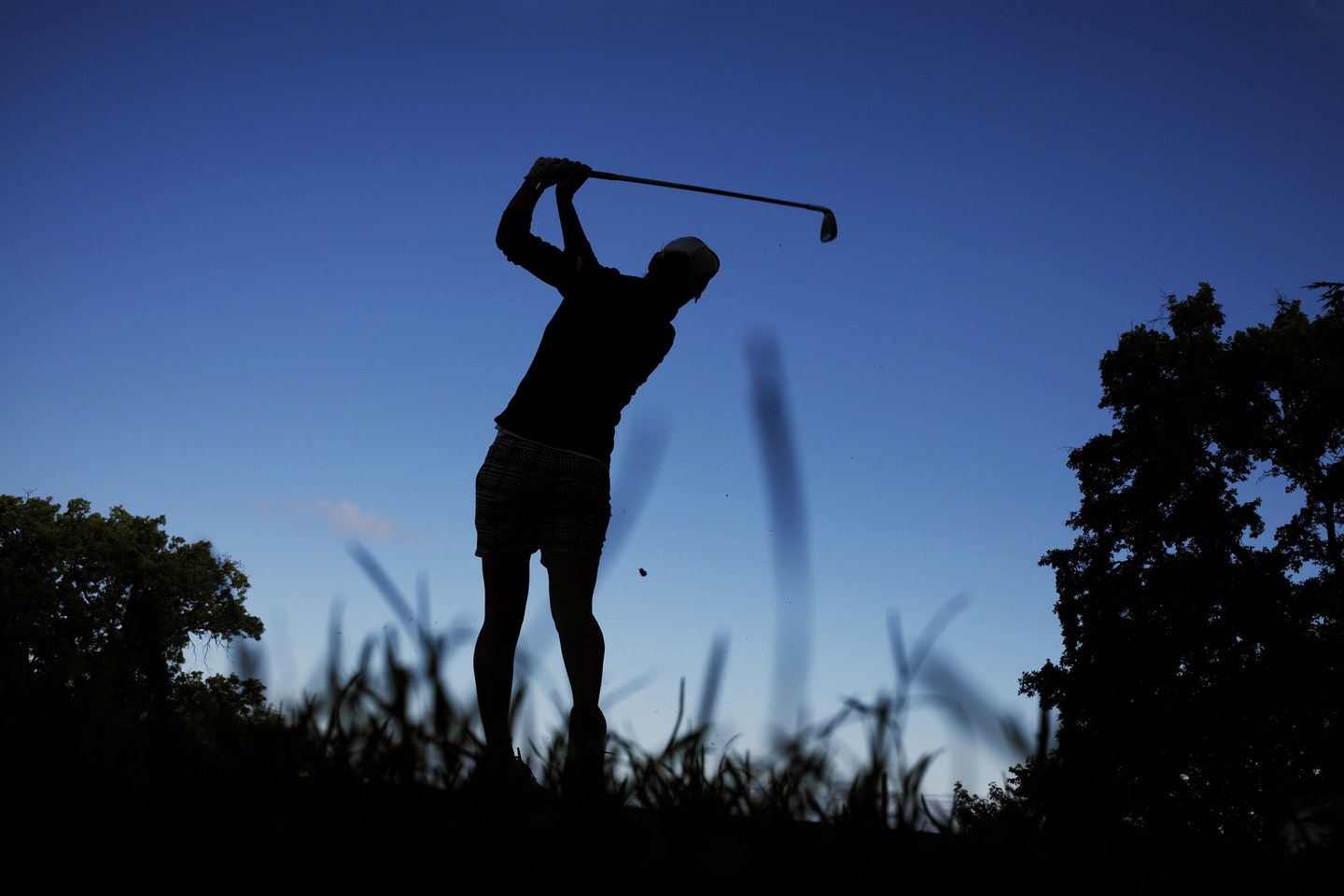 Six months since Muirfield opened its membership to women, the attitude in Scotlamd toward female play is slowly evolving (emphasis on slowly).

By John Huggan
Golf in Scotland has much to be proud of. Having invented the stick-and-ball sport that has travelled the world and been adopted across the globe, the game in sunny Caledonia remains, in important ways, the model for what goes on elsewhere. There are, for example, 18 holes in a standard round because that is how many there are at St. Andrews. And the size of the hole, 4¼ inches across, was determined in the 19th century by the diameter of the tool the “keeper of the greens” used at Musselburgh in East Lothian.

But some of the attitudes and practices exported from Scotland are a lot less praiseworthy, with the long-term separation of the sexes within clubs high on that list. Whether or not such a state of affairs would have developed elsewhere in the world without Scotland’s example is debatable, but there is no doubt that the first single-gender clubs sprang up there.

Things are changing on that front. In 2014, only 260 years after its inception, the Royal & Ancient Golf Club of St. Andrews voted to allow female members. And earlier this year, the Muirfield-based Honourable Company of Edinburgh Golfers announced they would do the same, albeit only after a second poll overturned a first in which an insufficient percentage of the membership voted for change. The famous East Lothian links was then immediately restored to the 10-strong rota of Open Championship courses. “Unseemly haste” was the phrase used by some who felt a period of exile from hosting the game’s oldest championship, and any income derived from it, might have been more appropriate from the R&A.

But outside of these long-established “elite” establishments, it’s been hard to get a good fix on what it is it really like to be a female member of a more typical Scottish club. Here, speaking under the cloak of anonymity, Holly (not her real name), a single-digit handicap player and a long-time member of two Scottish clubs, shares just a few of her experiences. 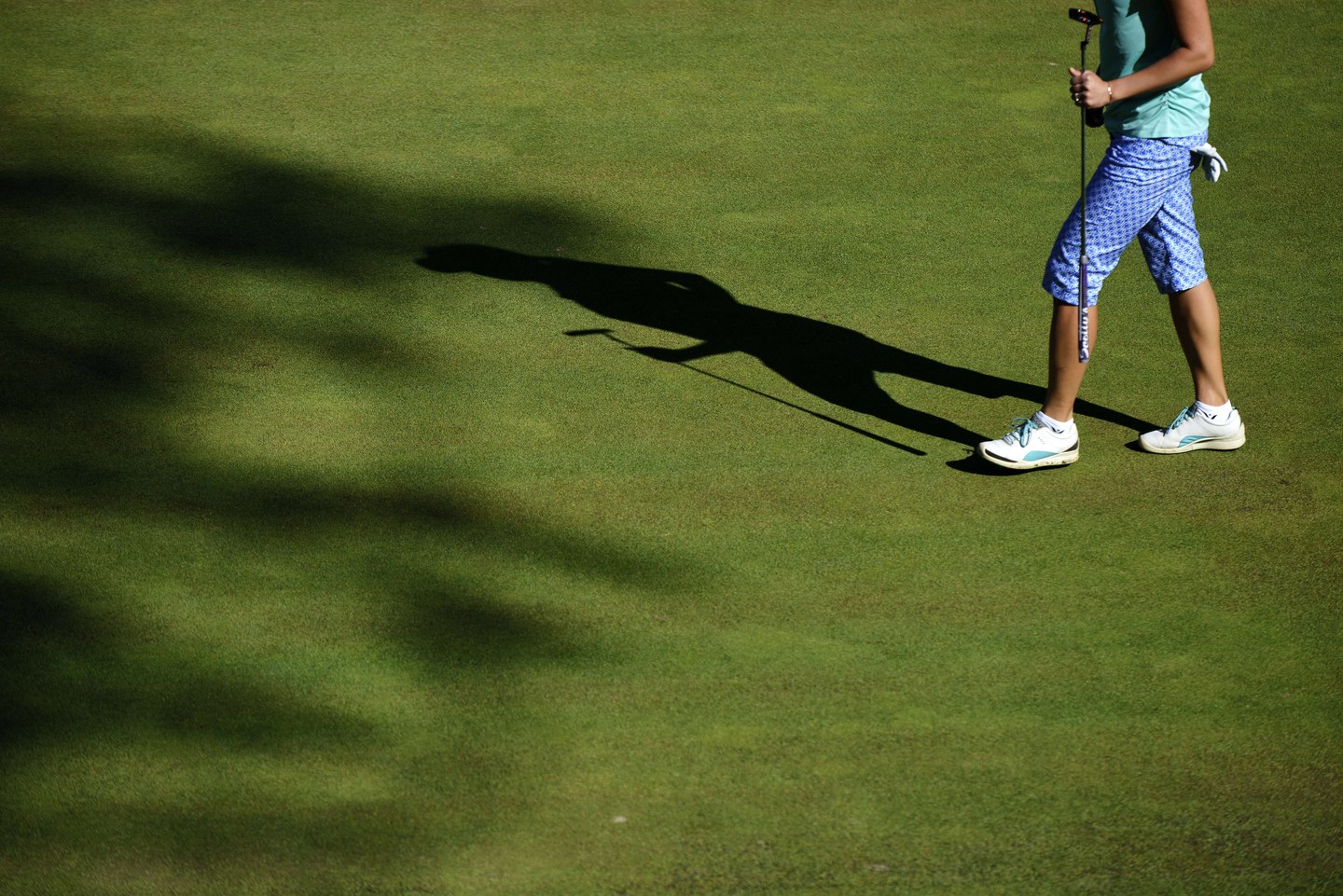 ANNUAL DUES AND TEE TIMES
Some would argue we are actually getting a very good deal, as women in Scotland tend to pay less for their golf than men. That is an issue going forward in clubs looking to eliminate discriminatory membership practices. Women will be asked to increase what they pay, but will they agree to it? I’m not sure. I don’t have a problem with it personally, but I fear that financial equality could lead to a lot of women giving up the game.

In many ways, women who are currently golfers are content with the status quo. But they tend not to have full-time jobs and can play at times when the courses are not so busy. It’s a selfish attitude, but that’s the way it is. And the end result is that there hasn’t been any real push for change from women inside the game.

In contrast, working women in my experience want equality. They need to play at the same time as men who have jobs. Instead, because so many clubs still reserve prime tee times on weekends for men (the traditional view for a long time now), these working women are forced to squeeze in a few holes at the end of a full work day. Some clubs are making efforts to introduce joint tee times, but the process has been infuriatingly slow.

Then again, I do know that women’s competitions can sometimes suffer from similar insularity and “cliquey-ness.” One lady of my acquaintance gave up the game after a year of being drawn to play in the last group in every competition.

WHY WOMEN AND MEN PLAY
A lot of women see golf as more of a social thing. I’m talking in general terms. But men do tend to be more competitive in my experience. Women play golf for different reasons: friendship, community, belonging. Women will get together and organise charity events. And many men find it hard to have a game without money being involved. They need wagers.

CLUB LIFE
The shift towards more equality has been received differently in different clubs. In the so-called “regular” clubs, I don’t see much of a problem. But in the more historic and entrenched clubs there is still a resistance. At those, I am regularly asked why I’m not home doing the cooking and the cleaning. That would be funny if those men were joking. However, most times they are not. There is a tolerance more than anything when it comes to women getting more involved at clubs.

Worse yet, that tolerance is rarely evidenced out on the course. There remains a lot of patronising going on. I put up a bit of a shield and just try to ignore it. In part, it definitely appears to be a generational thing. I recognise what I’ve seen throughout my career. The older generation is dominated by dyed-in-the-wool misogynists. They don’t understand gender equality and, even if they did, wouldn’t give pay much attention to it. The sad part is they don’t actually understand what they are saying. Quite often I get compliments that are patronising. Things like, “Wow, you hit the ball really well…for a woman.”

Then there is this thing about not letting women play through on the course. That is still a lingering issue. Letting women who are playing faster play through still seems to be a huge blow to the male ego. I see this with visitors, too. If you have a pack of men on a golfing holiday, you still see plenty of faux machismo and testosterone going on. (All of the above is exacerbated by the undeniable fact that the vast majority of men should actually be playing from what they sneeringly refer to as the “ladies tees.”)

There was a time when I would have agreed with the notion that things will change as the next generation of men will be more enlightened. But it depends on how younger men are trained by their fathers and the people they play with. They will be influenced by those they play golf with. Disappointingly, albeit from a small number, I still see chauvinism in younger male golfers. Mostly though, the juniors and younger boys are far more advanced when it comes to gender equality. They are certainly better than men of my generation.

MUIRFIELD
The Muirfield case was interesting, if only because I don’t know of one woman who would want to be a member of the Honourable Company. The course is great, but the club not so much. That it required the second vote to allow female members hints to what women are walking into. However, there is a principle at stake. Here we have a group of men who are occupying one of the best courses in the world and they exclude people like me because of my gender. If I was black, they wouldn’t be able to enforce such rules. That is disgusting, and thankfully they’re trying to move on. Mind you their idea of equality is putting women on the waiting list for membership, meaning it will be three-to-five years before anything really happens. That seems similarly disgraceful. 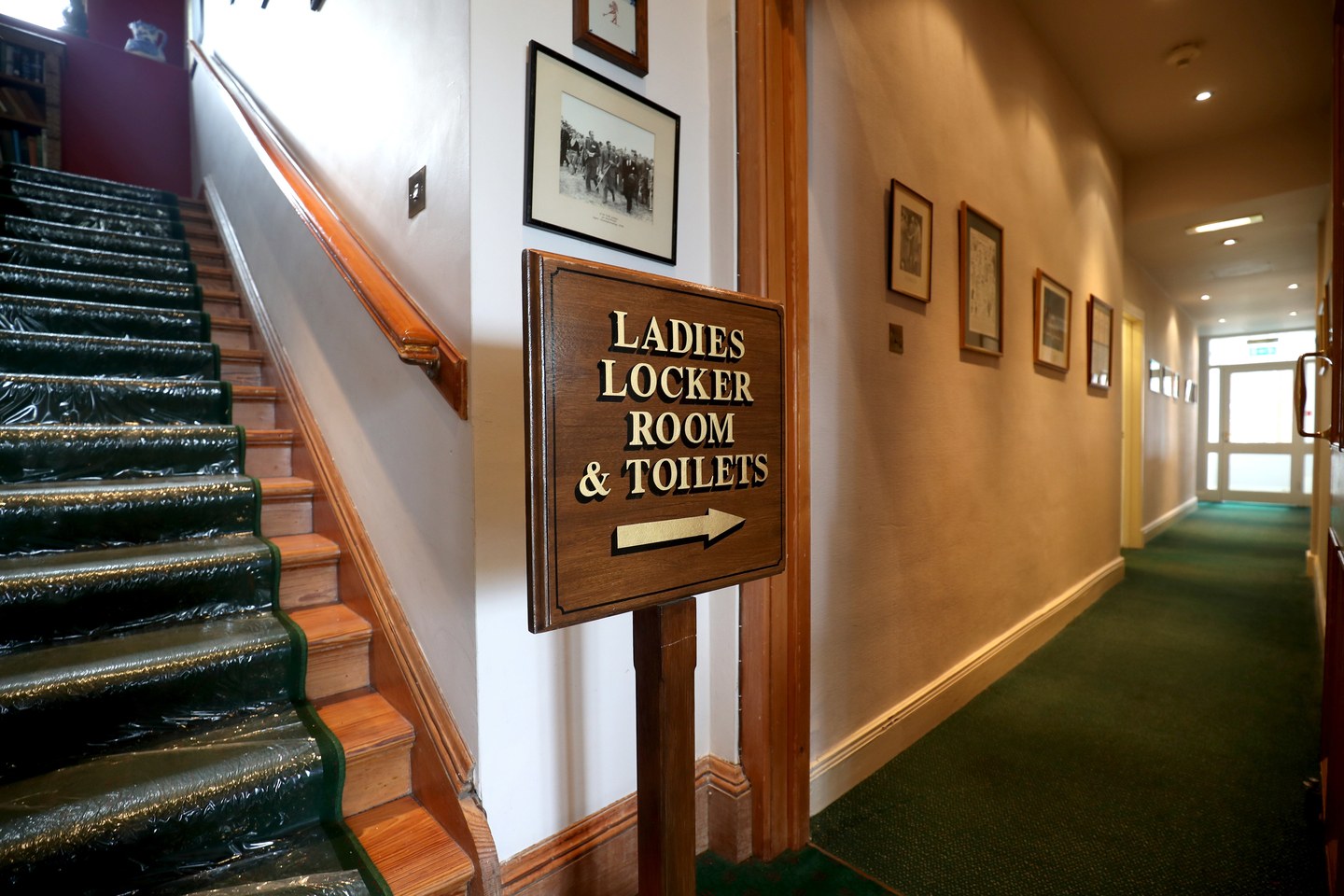 I look at clubs like the Honourable Company with some amusement. Whatever rituals they want to keep secret, I would find it difficult to associate myself with such people. Still, it is accessibility that is the real problem. There is a club local to me, all male, where I have been prevented from walking through the front door. I was told to enter the clubhouse by the back door. There was a minimalist women’s changing area. But why have that if it is an all-male club?

I had first-hand experience at another all-male club local to me where I was invited to go for a drink. I was the only woman in the group. When we got to the front door of the clubhouse I stopped and pulled back. One lad, who was Swedish, told me to “carry on.” But I told him I couldn’t. Just then a window opened and I was told that I was “OK today.” So I went in. But when it was explained to the Swedish boy what was going on, he insisted we leave. So we went for a drink somewhere else.

All this said, I don’t want to diminish how really important it was that clubs like the R&A or HCEG did not get to run or host public events like the Open Championship in their previous forms. All that stuff cannot have done Scotland’s reputation any good internationally. We were figures of fun for a while, our image ruined. But if the HCEG owned an ordinary course and wanted to be all male I wouldn’t be averse to that. Their problem is the preeminence of the course and that only enhances their inability to leave the 19th century, never mind the 20th. There really was no rhyme nor reason for their continuing attitudes. They did it because they could, I guess. The good news is everybody is moving on.

PROGRESS
Some clubs are doing well because they are adapting to the new model. They offer a big proposition to members and guests, based on the American model. You can wander anywhere wearing jeans, golf shoes, rain wear. In the more traditional model there has been little change. I haven’t seen any. What I can’t understand is why golf clubs sit empty when members will get in their cars and drive miles to sit in coffee houses. I don’t subscribe to the notion that members have stopped using the clubhouse because of changes to local breathalyser laws. It is just outmoded and outdated. I increasingly tend to just play and go, but for me that is a time issue. Even so, for many reasons I just don’t see people going into the clubhouse any more, certainly not at weekends.

The best part of golf-club membership is the feeling of community. Everyone has the same passion for the game, so there is great opportunity to make new friends. There have always been people within clubs who would go out of their way to make that happen. They give selflessly of their time to make new members welcome. But that is also the worst of golf. There are lots of people who give their time but they are also rules fascists or “can’t doers.” They are as big an obstacle as any when it comes to golf moving forward.

Sad to say, I’ve almost given up trying to make a difference in golf. I feel like I’ve been banging my head off a brick wall. Golf trundles on in the same old direction. And to make it turn would take an enormous amount of effort, coordinated effort. There are too many people with too many conflicting interests. I’m not sure we will ever see complete equality.