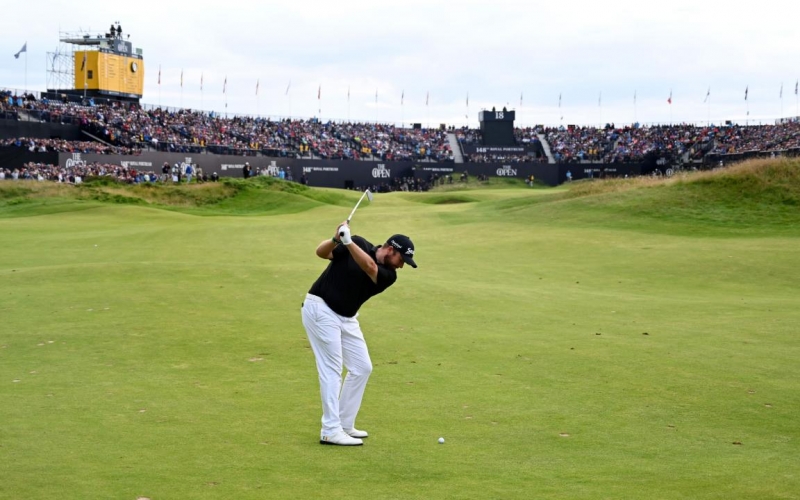 By John Huggan
It’s not going to be the same, certainly not what we have become used to. How could it be? When Royal St. George’s hosts its 15th Open Championship next week, golf’s oldest major can’t possibly replicate what was once, pre-pandemic, the norm.

We already know that the spectator count during the championship is going to be limited to 32,000 per day, or 80 percent of the figure the R&A originally had in mind for the Kent links that sits on the northern shore of the English Channel. And we already know, somewhat controversially, of the social restrictions that will be in place even for the world’s leading golfers. More than a few—most recently Rickie Fowler—has been openly critical of the protocols the R&A will have in place.

“It is easy to say we sound like curmudgeons here,” says Mike Woodcock, the R&A’s director of corporate communications. “And yes, players have complained. But we are following rules. This is government legislation. And everything is in place to protect the players. Anyone can be contact-traced until July 19. The more people the players are in contact with, the more likely it is that they could be withdrawn from the championship. The chances of them catching COVID would be greater. All we are trying to do is minimize risk.”

Still, that the game’s stars will have to make do with no more than three chums to keep them company in either the official hotel or local, rented accommodation is not the only difference from the Open norm. There are others, some of which have already taken place.

The make-up of the 156-strong field is being compiled in a unique fashion. When the Open was canceled last year, the qualification process was well underway, with 106 places confirmed. And a decision was made to honor all of those. That left only 50 places to fill, which has had an obvious effect on the qualification criteria this year. So there will be, for example, two British Amateur champions in the field.

The previously worldwide nature of the exempt system has also seen change. Starting with the Australian Open at the end of the previous calendar year, a number of premier events offered up Open places. Not this time though. Cognizant of the travel difficulties that have resulted from the pandemic, the R&A came up with alternative plans. Places were even awarded to two recent events on the European Challenge Tour, as well as the Irish Open and this week’s Scottish Open on the European Tour.

Even at “home” in the United Kingdom changes were required. Instead of the normal 13 regional qualifying venues within the U.K.—all feeding into four final qualifying venues—a streamlined system was employed. In order to minimize travel, Princes, Hollinwell, St. Annes Old Links and West Lancashire held 18-hole events on both Saturday and Sunday. Monday was a practice day. Then Tuesday saw final qualifying at the same courses. 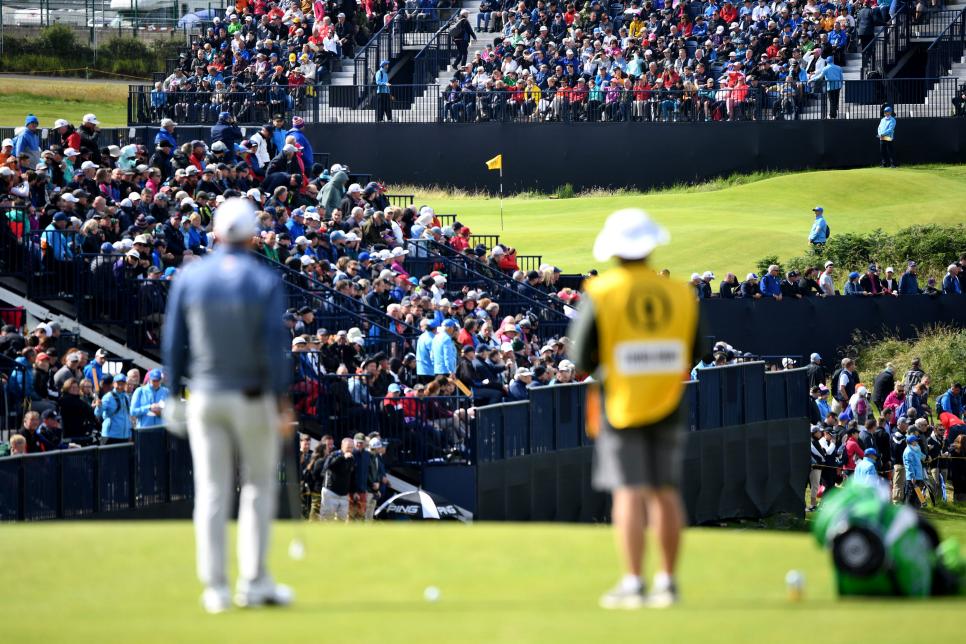 Warren Little/R&A
The U.K. government gave the go-ahead for 32,000 fans each competition day, roughly 80 percent of the full capacity, at Royal St. George’s.

Still, that stuff is real inside baseball and all barely noticeable to those hoping to attend next week’s 149th playing of golf’s oldest major. For them, things are inevitably going to be less straightforward than normal.

The Open is part of the U.K. government’s “events research program,” which is designed to measure the level of transmission when large crowds gather and, in turn, hopefully open up events like Wimbledon, the British Grand Prix and the Open to more and more spectators. It is, however and understandably, laced with caution. Everyone at Royal St. George’s will have had to jump through at least one of two hoops. They will be asked to prove that they have either been “double vaccinated” at least 14 days prior to attending, or have passed a lateral flow test within the previous 48 hours.

And that 32,000 number? It will apply only on the four days of the championship. From Sunday through Wednesday, no more than a couple of thousand fans will be permitted to roam the course that has produced champions like Darren Clarke, Ben Curtis, Bill Rogers, Sandy Lyle, Walter Hagen, Henry Cotton and Harry Vardon.

Hardest hit in all of this have been overseas ticketholders. So the profile of the crowds this year will be a lot less cosmopolitan than usual. 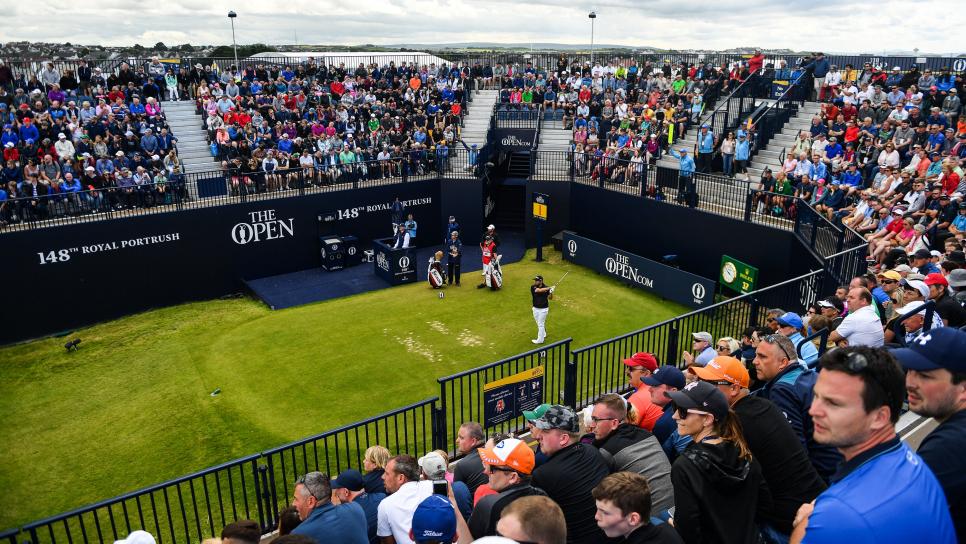 Ramsey Cardy
R&A officials say the number of grandstands will be unaffected this week, including the traditional large stand surrounding the first hole, similar to the one at Royal Portrush in 2019.

There will be also a lot less going on behind the scenes. Fewer officials. Fewer golf industry people. Fewer manufacturer reps. Fewer meetings between the R&A and its many international affiliated bodies. So the amount of networking going on alongside the golf will be much reduced.

The good news is that some Open staples will be largely unaffected, although in settings like the hospitality pavilion and the Open shop, patrons will have to wear masks when moving around and maintain one-meter plus social distancing. Frustratingly, the U.K. government will be relaxing just about all of the above at midnight on July 18, only hours after the winner will hoist the claret jug.

Perhaps most positively though, those watching the Open on television around the world will surely see little difference from the norm. Recent rains might make Royal St. George’s look a little more green than the R&A might ideally like, but the championship will maintain its traditional look and feel.

According to Woodcock, the number of grandstands dotted across the 7,189-yard layout has been unaffected. The iconic “horseshoe stands” round the 18th green are in place. The hospitality pavilion is there. And R&A chief executive Martin Slumbers will still utter what is perhaps the most famous six-word phrase in golf—“the champion golfer of the year”—at the presentation ceremony.

So some things really do never change. No matter what.