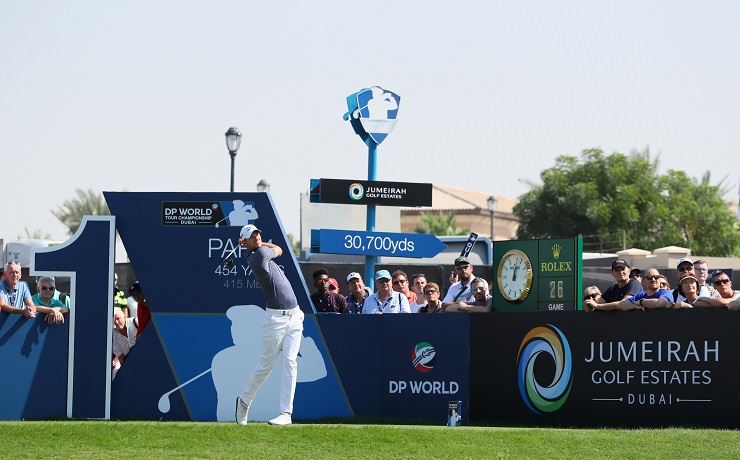 As if an opening three-over 75 wasn’t sobering enough, the Englishman found himself embroiled in a World Cup of Golf controversy with overnight leader Lee Westwood.

Westwood bypassed the Nedbank Challenge in South Africa with an eye to partnering Danny Willett in Melbourne the week after navigating the Race to Dubai decider at Jumeirah Golf Estates.

But his careful scheduling has been ruined after Masters champion and world No.11 Willett withdrew from the World Cup at Kingston Heath. That means Wood, as the next highest ranked and available Englishman on the world rankings at No.37, got to choose his partner.

“I think the week before somebody is meant to go down there is a little late to say, no, you’re not playing,” said Westwood whose mood wasn’t helped by the fact Sullivan opened with a 76 around Earth – 10 shots shy of his first round lead.

“I can understand him [Wood] picking a mate and he’s picked a very good player. You know, I think it’s probably more to do with the rules than anything.

“I’ve been looking forward to it for a few months now, so it’s frustrating. It’s a tournament I’ve never played in before and nice to represent England and it’s a great golf course by all accounts. I love playing in Australia, so, yeah, I’m disappointed not to be playing.”

Westwood doesn’t need any more motivation to kick-on from his six-under start, but may have unwittingly received it from his Ryder Cup team-mates. – Kent Gray