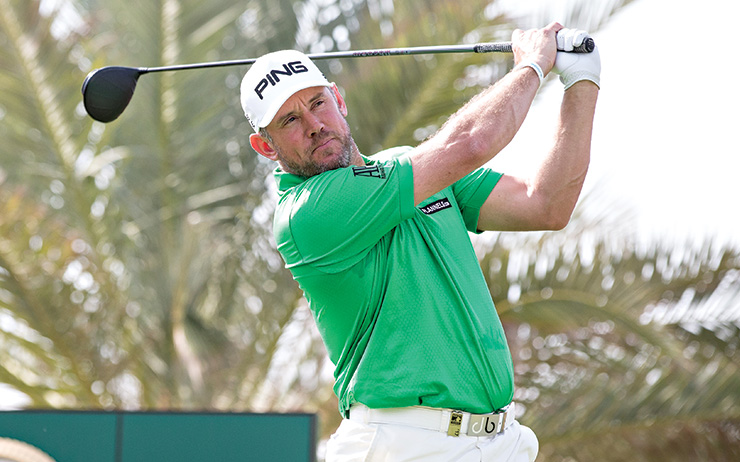 Lee Westwood happily finds himself playing the weekend in the desert and credits a refreshing winter break.

After missing the cut last year, the 43-year-old Englishman is 12th going into the weekend of the Abu Dhabi HSBC Championship after rounds of 68-69 on The National.

The European Tour veteran last made the cut here in 2012, four years after the best of his five previous results in Abu Dhabi, a share of second behind Martin Kaymer in 2008.

“It was a long time ago, and recent history, I’ve not done that great. I won’t know the weekend flags for tomorrow because I haven’t played many weekends here. You know, it’s nice to hit a few proper shots and make some nice putts and have a late tee-off tomorrow and a bit of a lie in,” said the 23-time European Tour winner.

“I generally don’t start off-seasons too quickly, so I’m right in contention first tournament of the year and not played a lot of golf…I’m delighted.”

Westwood tried his hand at snow sports during the off-season and has welcomed a break from his sticks.

“I had a go at skiing. I had a go a long, long time ago, 17 years ago, and thought I would give it another try. I picked it up fairly quickly. Watching Poults [Ian Poulter] and Bernd Wiesberger and people like that go skiing, just fancied a go at it.”

It seems the break has worked wonders. Westwood only played two rounds with his son over the break and was caught on video hitting balls in the snow.

“Yeah, that was the range at Crans. Thought I would have a go off the ice. I don’t recommend it.”

One thing he can now recommend, it seems, is a proper break from golf between the seasons. It looks to have worked for him.