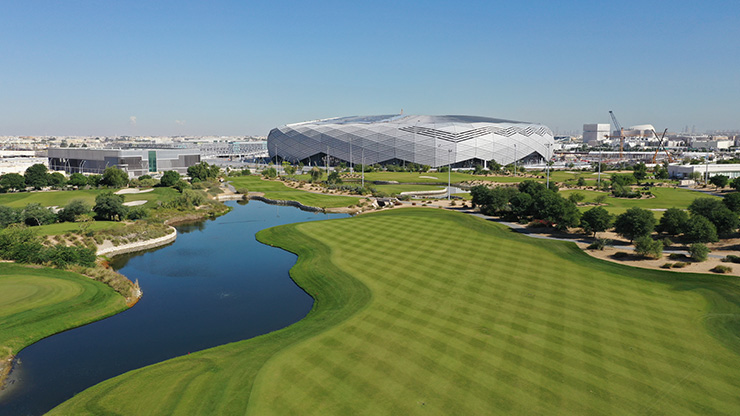 By Kent Gray
After an unbroken 22 year stretch at Doha Golf Club, the Commercial Bank Qatar Masters has a new home.

The 7,300-yard, José María Olazábal-designed layout, with a 2022 FIFA World Cup stadium as futuristic backdrop, is set to present a fresh desert challenge when South African Justin Harding returns to Doha to defend the Mother of Pearl trophy.

“The new course at Education City is certainly different to the other desert swing courses,” says general manager Michael Braidwood​.

“It’s a desert course with a lot of shrubbery and strong bunkering. The course is not overly long by modern standards and the greens are generous in size but are undulating and can offer some tough pin positions.”

The tournament’s guaranteed global television exposure is a priceless opportunity to unveil one of the Middle East’s newest courses to a wider domestic and regional audience. Braidwood expects the Education City football stadium to be an interesting diversion between the on-course action for the European Tour commentary team as well.

“The approach shots to the 1st and 17th greens have the Education City stadium as a backdrop. It is a beautiful stadium and gives an amazing backdrop. Having it so close, its only 150 meters from the 18th tee, is great,” Braidwood said of the stadium which saw its maiden match when Champions League winners Liverpool lined-up for their FIFA Club World Cup semifinal on December 18. 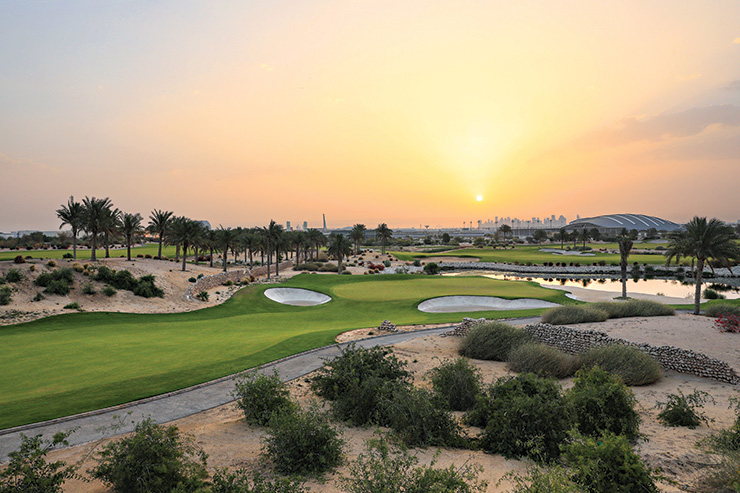 Hole 4: Olazábal relies heavily on bunkering as a key defence

“We’ve already had a lot of publicity with celebrity footballers playing footgolf in our club gardens with the stadium as a backdrop. The next thing is to get them golfing! It’s an exciting time for sport here in Qatar.”

Education City G.C.’s clubhouse opened in April. Her Highness Shaikha Moza will host the club’s 1st anniversary celebrations from there during Qatar Masters week, making it a doubly important occasion for the European Tour’s newest venue.

“It’s a great vehicle to promote the club internationally and locally. The various sponsors invite a lot of guests during the week who may not have any golf experience. It is our intention to make the spectator experience engaging, educational and interactive so they can leave with a greater knowledge of the sport as well as possibility having tried it whilst visiting the Qatar Masters.”

European Tour to be guided by Home Office on Qatar Masters