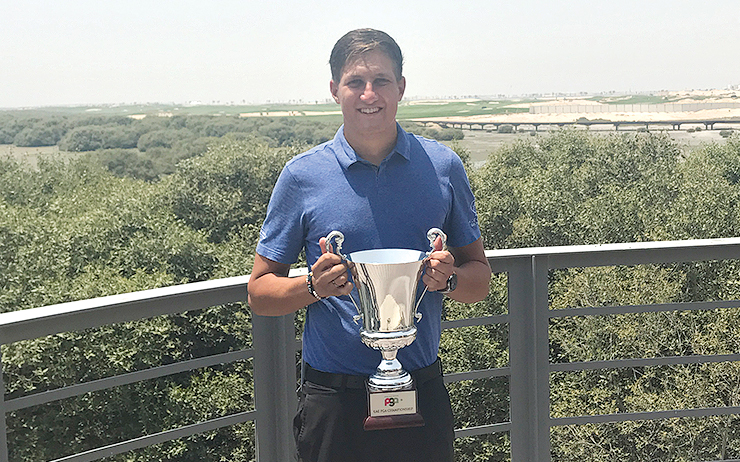 Making the most of his home club knowledge and some sublime ball striking on the Ajman layout’s par 5s, Wears-Taylor added a three-under 69 to his opening 70 to finish the UAE PGA Championship on five-under 139, three shots clear of Arabian Ranches’ Malcolm Young.

Tom Buchanan (Al Ain Equestrian, Shooting & Golf Club) produced a closing 71, one of just four sub-par rounds (from a possible 46) over the two days, to finish solo third on 146.

Defending UAE PGA champion Steven Munro needed to finish fourth to overhaul Mills (Dubai Creek Golf & Yacht Club) in the order of merit race where a player’s top-10 results across the season counted towards the final points standings. He was well placed in a share of fourth overnight following an opening 74 but the Abu Dhabi-based UAE PGA chief executive signed for 77 Tuesday to finish tied sixth, confirming Mills, on leave back in the UK, as the 2016-17 champion. Wears-Taylor climbed to third place overall behind Munro after capturing his fourth title in a mainly topsy, topsy-turvy campaign. 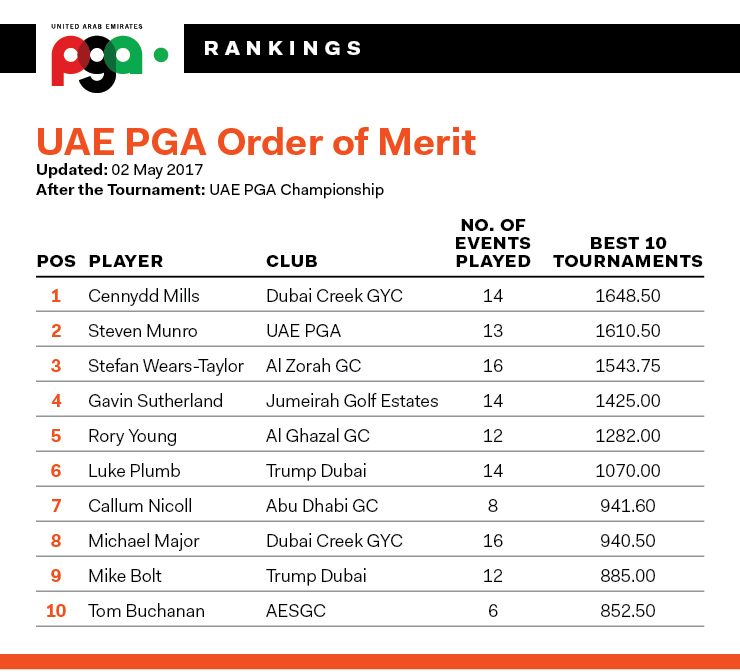 For the second day running, Wears-Taylor started his round with a bogey on Al Zorah’s par 4 1st before settling his nerves with back-to-back pars on the far more menacing, water-guarded 2nd and 3rd holes.

The 20-year-old South African, a year through his PGA apprenticeship, then got into gear when he drained a long putt for eagle on the par 5 4th before birdieing the 6th, another par 5, to make the turn at -2.

Young remained his closest challenger throughout but the lanky South African’s length again paid dividends on a par 5 when he stuck a six iron to four feet on the 11th and duly rolled in the eagle putt. 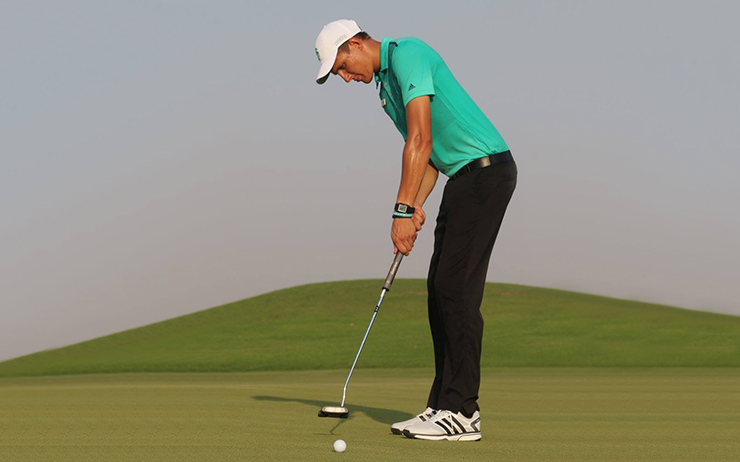 Another birdie saw him dip to -5 through 12 before a double on 13 and another dropped shot on 17 hinted at a last gasp wobble. But Wears-Taylor held his nerve and birdied the last to win in style – and for the second time in as many weeks after edging Gavin Sutherland in a playoff at Trump Dubai.

“I don’t think it’s sunk in yet but it’s a nice way to finish a weird season,” said Wears-Taylor.

“I started well [winning October’s Patrons Pro Am at DCGYC and at The Track, Meydan Golf the following month], in the middle I lost my way as my mind ran away a little bit thinking about what I could achieve, and then I’ve ended brilliantly. It’s the perfect way to finish before summer.”

Young kept it classy after a second successive near-run thing in a tournament he won in 2012.

“Always a great two days to end the tournament season in the UAE and my favourite event of the season. Sadly the bridesmaid poition for the second year running but delighted to finish runner-up to a very worthy winner in Stefan Wears-Taylor…great scoring today on the par 5s and impressive total -5 for the event,” Young said.