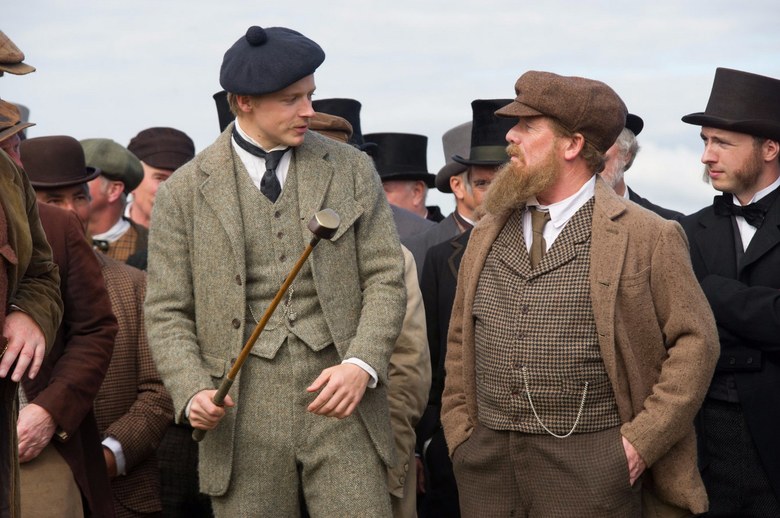 If you’ve watched any competitive golf on TV over the last few weeks, chance are you’ve seen ads for the new movie “Tommy’s Honour” on the Golf Channel and NBC. The film, which is set for release this Friday, April 14, is about Old and Young Tom Morris, the legendary father-son Scottish duo who changed the face of golf in the late 19th century.

The movie is based on Kevin Cook’s award-winning book of the same name, and tells the story of the Morris’ lives, which were filled with drama and personal tragedy. When Young Tom’s golf success surpasses his father’s, his more rebellious personality is exposed as he challenges the beliefs of his family and of the aristocracy. The movie is a golf movie, but also a drama and love story.

The movie’s director, Jason Connery, joined us for a recent Golf Digest Podcast to talk about the making of the film. In addition, Roadside Attractions sent us this exclusive teaser clip from the movie. The scene here is dubbed “Backspin” and showcases some of the work that Connery and Jack Lowden, the actor who plays Young Tom, did to try to make golf in the 1860s look as authentic as possible.