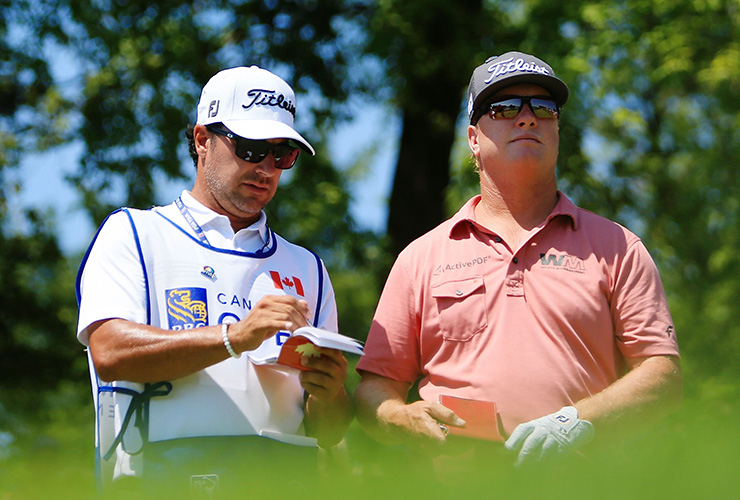 For casual golf fans, Charley Hoffman may not come off as the most entertaining player to watch. But the four-time PGA Tour winner has plenty of game, and it seems like he should have at least double-digit victories with the amount of times he puts himself in contention. He’s had plenty of chances this season, finishing in second twice, third once and fourth once.

On Sunday in the final round of the WGC-Bridgestone Invitational, the CBS cameras captured a great moment between Hoffman and his caddy, Brett Waldman, which gave a bit of insight into how the veteran tour pro feels about his run of close calls this year. Standing 282 yards out on the “monster” par-5 16th at Firestone’s South course, and three shots off the lead, Waldman tried to tell Hoffman to lay up. Charley was having NONE of that.

Charley Hoffman ignores his caddie’s advice and takes on the green at the 667 yard 16th hole. pic.twitter.com/j5LjMVL8F9

“I’m three back with three to play, I mean, I’m trying to win a golf tournament,” Hoffman says, adding, “I’m tired of finishing in second.”

Not only did Hoffman call off his caddie, but then he pulled off the shot, like a boss. Unfortunately, a poor chip and putt led to a disappointing par, and Hoffman wound up finishing six back of winner Hideki Matsuyama. Still though, it’s an awesome conversation between player and caddie we rarely get to see.