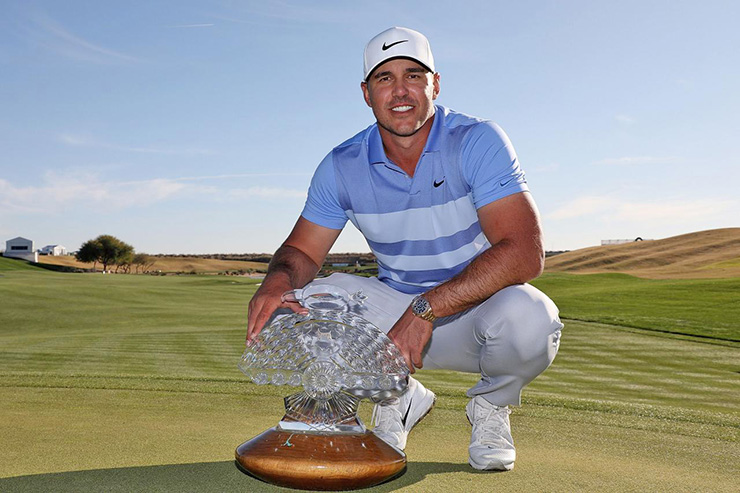 By Ryan Herrington
For a guy who shot a six-under 65 to roar back from five strokes off the pace and win his first PGA Tour event in 17 months, Brooks Koepka had a surprisingly tough time on the greens Sunday at TPC Scottsdale. En route to his eighth career tour win, Koepka managed to lose 1.045 strokes with his putter. How exactly is that possible when you shoot a 65?

For, arguably, the turning point of his victory, however, Koepka didn’t have to worry about his putter at all. After hitting a 3-wood off the tee on the short par-4 17th, Koepka’s ball landed short right of the green, leaving him 97 feet from the hole. Koepka took out a wedge and proceeded to chip and run his second shot, the ball looking like it was bound for the hole the instance it hit the putting green.

Sure enough, it went dark …

Rising to the occasion. 💯 pic.twitter.com/Zi61PBPPmU

Here’s a look from another angle:

🗣️ FOR THE LEAD.@BKoepka chips in for eagle on 17 to take a two-shot lead. 👀#AonRiskReward pic.twitter.com/tWYQx8kQsv

The eagle 2, his second eagle of the round, jumped Koepka from a tie for the lead at 17 under to two strokes out from at 19 under. It was the cushion he’d need as Xander Schauffele and K.H. Lee would both get to 18 under, falling one shot short of catching Koepka.