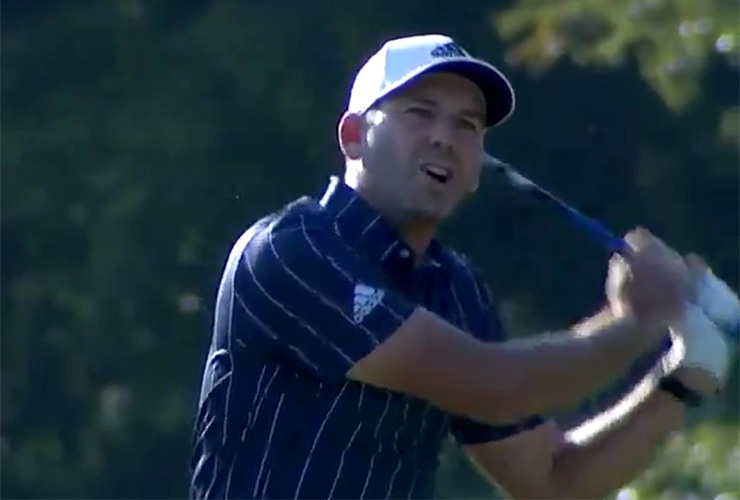 By Ryan Herrington
Sergio Garcia has never, ever, EVER been shy on the golf course. And that hasn’t changed with the fact he is no longer the teenage “El Niño,” but rather a 40-year-old veteran playing in his 22nd (gulp) season on the PGA Tour.

If you needed more proof, then just take a look as Garcia played his second shot on the par-5 14th hole during the final round of the Sanderson Farms Championship.

Before watching, a little background. Garcia, a 10-time PGA Tour winner, hasn’t been victorious since his triumph at the 2017 Masters. It’s gotten so bad that this past week he fell out of the top 50 on the World Ranking for the first time since 2011. And yet, through 54 holes at C.C. of Jackson, Garcia looked like his old winning self, taking a share of the lead into the final round and putting himself in position to quiet all the naysayers.

Early on Sunday Peter Malnati stormed out to a 63, finishing his round with Garcia just starting the back nine and grabbing the lead away from the Spaniard. Suddenly, Garcia was in need of stepping up in the clutch if this story of his career turnaround was to continue in Mississippi.

OK, back then to the second shot on the 14th:

A near-perfect shot into the par 5.

Of course, there’s a bit of luck there, the ball just carrying the bunker and then totally being killed on the first bounce to nestle within six feet of the hole, by far the closest any golfer had come all day.

Garcia, who also was making headlines this week for closing his eyes over putts, easily rolled in the eagle putt and suddenly found himself tied for the lead with Malnati.

Here’s one more look—and listen—into Garcia going all Sergio on his golf ball: