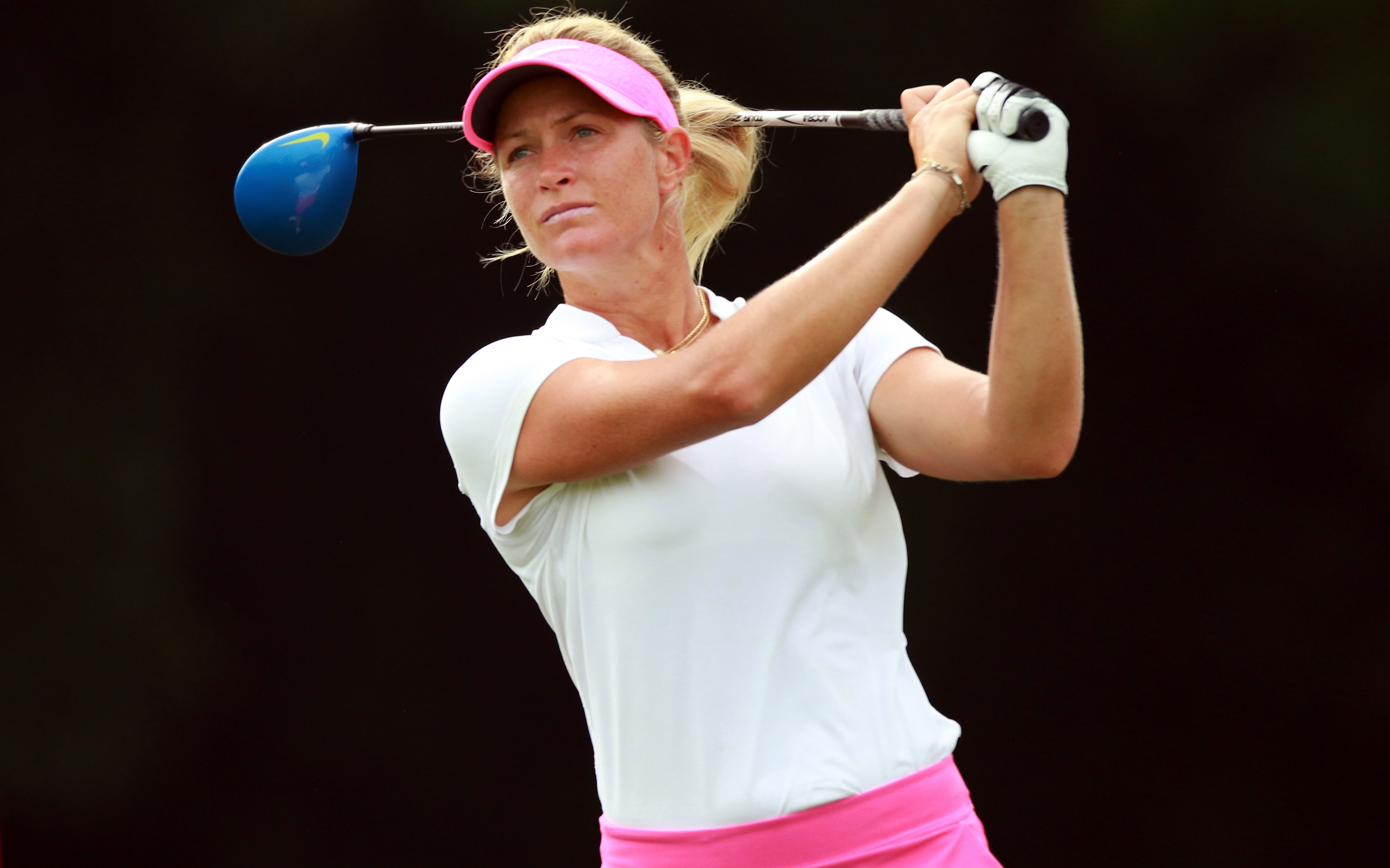 Suzann Pettersen says Paige Spiranac is great for the game and welcomed inside the ropes by her peers but must learn to accept the evil side of the social media fame that has fast-tracked her career.

The Norwegian star’s comments came just after Spiranac revealed how her professional debut at last year’s Omega Dubai Ladies Masters had descended into a nightmare thanks to online trolls.

Pettersen knows a thing or three about cyber bullying after being cast as the villain in “concessiongate” at last year’s Solheim Cup in Germany when US youngster Alison Lee picked up an 45cm-putt that neither Pettersen or her European team-mate Charley Hull had given.

The 35-year-old initially made light of Spiranac’s torment when alerted to the Arizona pro’s earlier revelations, joking that it paled in comparison to the abuse she received for a recent congratulatory post to US President elect Donald Trump.

But while the “trauma” of the Solheim Cup controversy had opened her eyes to the curse of online bullying, she urged Spiranac to rise above the abuse.

“If you join the platform of social media, I think you’ve also got to be prepared to also take the criticism as much as the support,” said Pettersen who is poised to tee it up in the €500,000 Ladies European Tour (LET) event at Emirates Golf Club for the first time on Wednesday,

“…there’s obviously pros and cons with everything. I have experienced both. [The] Solheim Cup last year was very challenging to say the least. But at the end of the day, you grow from it. You learn.

“At the time, it might feel like the most miserable time ever, but like I said, you try to take some good advice on the way.” – Suzann Pettersen

Pettersen has no issue with Spiranac or any other social media influencer with game being given sponsor’s invites into events, even those as important as the ‘golfinDUBAi’ organised Dubai Ladies Masters.

“I haven’t been quite up-to-date with her [Spiranac’s] kind of entrance to the golfing world [but] I think it’s phenomenal that the promoters and the tournaments invite different people.

“There’s no rules, right or wrong, of who is given invitations. I’m glad to see her back. I don’t really pay too much attention to all that stuff going on.”

The two-time major champion may have only experienced EGC’s Majlis course watching the men’s Omega Dubai Desert Classic on television but that doesn’t mean she’s here to hand three-time defending champion Shanshan Feng a fourth title on a platter.

She felt like her game “woke up” just before she finished solo 10th in golf’s return to the Olympic Games in Rio and sees no reason why she can’t add a 23rd pro win to her 15 LPGA Tour triumphs and seven LET victories.

“It’s just like sometimes, you just feel confident. You feel like you own your own thoughts, your own swing. You know your fixes and faults. Like you can fix it yourself.

“The last two months in Asia, I started to play really good, and I think I even sent Butch [Harmon] a text saying, ‘I finally feel like I kind of own this swing now.’ It’s taken almost a year and a half to do the changes and adapt and feel comfortable with it.”

With Nike withdrawing from the club making game, Pettersen has been able to go back to an “old-style” putter and is feeling particularly confident with a TaylorMade model she borrowed from Peter Hanson, the very same wand he welded at the 2012 Ryder Cup.

“I usually show up to win tournaments if I show. So since I’m not a no-show, I’m here to win.”