Does this video show a fan picking up Rory McIlroy’s ball at The Open? 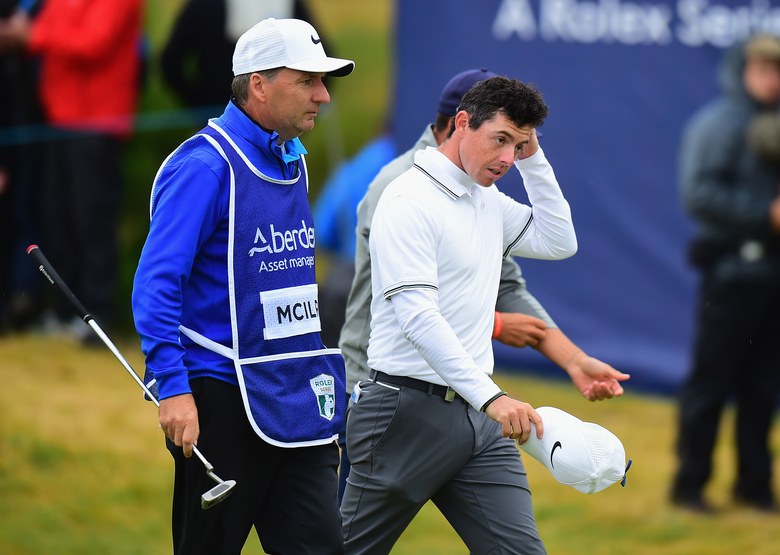 By Joel Beall
As Jordan Spieth was struggling on Royal Birkdale’s front nine on Sunday of the Open Championship, Rory McIlroy was quietly making a run as he reached the par-5 15th. Unfortunately for McIlroy, his Claret Jug chances were officially doused when his errant tee shot led to a lost ball, walking away with a bogey. Though Spieth’s fantastic run put Rory’s push a distant memory — the two were ultimately separated by seven shots — a theoretical birdie from McIlroy could have added pressure for Spieth coming down the stretch.

So imagine our intrigue when the following video was posted by the British tabaloid The Sun, a clip that ostensibly shows a fan picking up and pocketing McIlroy’s ball:

The video is far from definitive; we can’t see the markings on the ball. Why other fans didn’t raise any questions when the man in question picked it up is also quirky. Moreover, the source is not exactly the Washington Post.

But, while it may have not changed the outcome of the tournament, it certainly could have effected McIlroy’s bank account: a two-stroke difference would have moved the four-time major winner from a T-4 finish to third place, a change of over $200,000 in earnings.

For the moment, treat the video as conspiracy theory rather than conviction. Nevertheless, given all the extracurricular activity involved in Sunday’s round, it’s another piece to the tournament’s bizarre story.