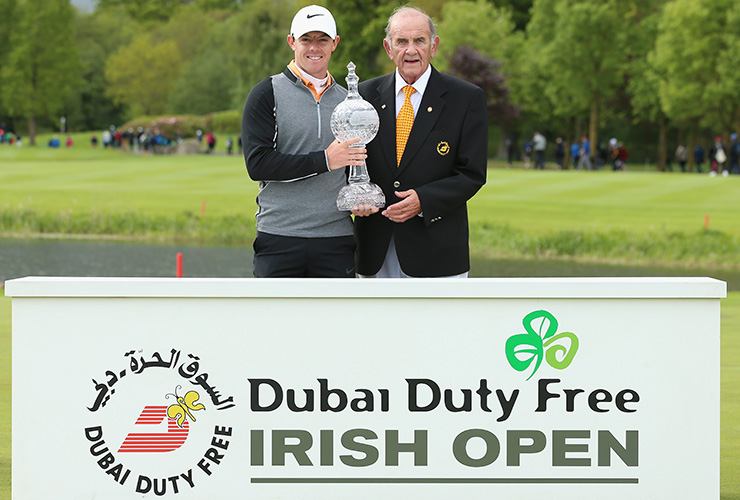 As tournament host and defending champion, Rory McIlroy has every right to be “pretty excited” about next month’s Dubai Duty Free Irish Open at Portstewart GC in Northern Ireland.

Given an unwanted weekend off at the U.S. Open, McIlroy probably won’t grumble at a genuine links land test at the Londonderry course a fortnight out from the 146th Open Championship at Royal Birkdale either.

The four-time major champion was rolled out Monday, in a media release form anyway, as UAE media were briefed on Dubai Duty Free’s pivotal role in the new $7million Rolex Series event from July 6-9.

“Since I got involved in hosting the tournament through my [Rory] Foundation and we created this partnership with Dubai Duty Free and the European Tour, the Irish Open has really grown into one of the best weeks on the European Tour schedule,” McIlroy said in a statement.

“I think everyone in golf knows how special a relationship I have with Dubai, so to have Dubai Duty Free as the title sponsor of the Irish Open is a nice extension of that.

“This year the tournament has gone up another level with a new date, a new strategy to play the tournament on a links course in the build-up to the Open Championship, and an increased prize fund of $7 million.

“All of those factors have enabled us to attract players like Justin Rose, Hideki Matsuyama and Jon Rahm to Portstewart this year and I think we are set for an incredible week.”

McIlroy produced magical fairway-wood second shots from 273 yards and 252 yards to the 16th and 18th greens for a birdie and eagle respectively to capture last year’s Irish Open in dramatic fashion at the K Club in Kildare.

The shot to 18 was later voted European Tour shot of the year.

Officially the 2016 Shot of the Year pic.twitter.com/MndubI1kmq

Struggling through an injury-plagued season that has so far spanned just 21 competitive rounds, McIlroy is also a confirmed starter for the July 13-16 Scottish Open at Dundonald Links in Troon.

In addition to the Irish Open, it will give the 28-year-old Northern Irishman potentially eight rounds of links golf to prepare for Royal Birkdale as he eyes a first major title since the 2014 Open at Hoylake. 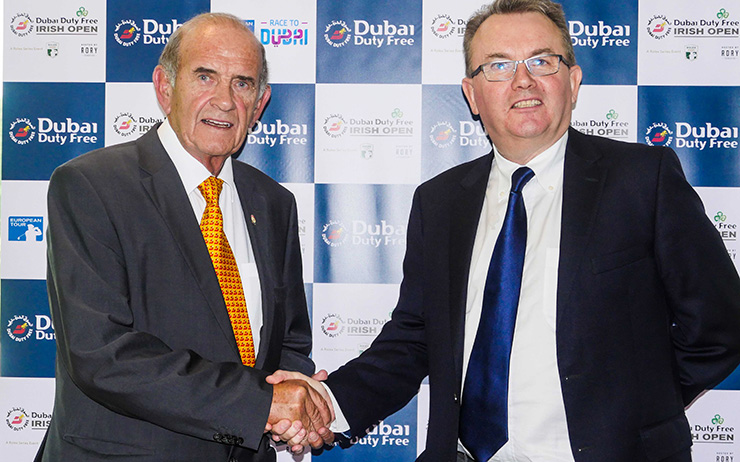 Meanwhile, Executive Vice Chairman and CEO Colm McLoughlin has admitted Dubai Duty Free are likely to take up a two-year contract extension once the original four-year #DDFIrishOpen sponsorship expires after the 2018 edition.

“We are delighted that it is now part of the Rolex Series with a vastly increased prize fund and with a new date on the calendar,” said McLoughlin.

“As part of the Rolex Series and of course the [27th of 47 events in the] Race to Dubai, the tournament will have extended broadcasting hours this year, which is something important to us as title sponsors in the promotion of our brand.

“The line-up of players is terrific and of course Rory’s continued involvement, both as the defending champion and through the Rory Foundation, has had a hugely positive impact on the growth of this tournament.

“We are looking forward to a fantastic week of golf at Portstewart Golf Club, which is a stunning course, and given the enthusiasm of the Northern Irish golf fans we can expect a great turnout of spectators.”