Video: How the EGF and Golf DXB are transforming Emirati golf 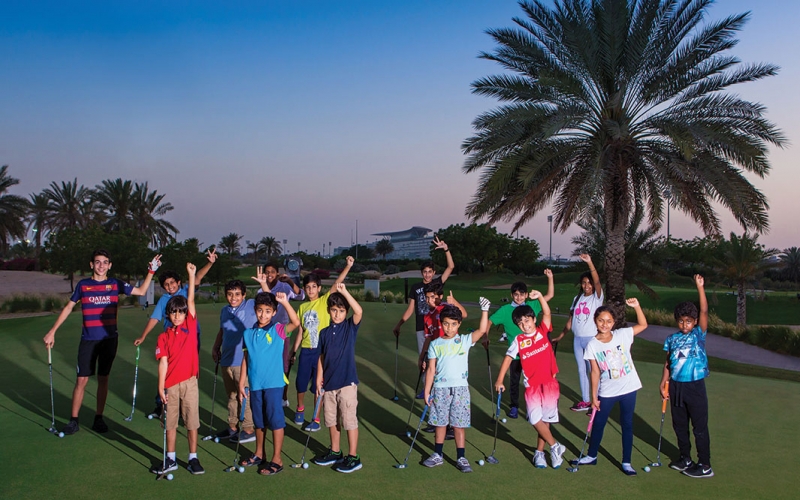 Making golf a part of Emirati culture is a challenge that has long preoccupied the game’s local governing bodies. But the Emirates Golf Federation, together with Golf DXB, are in the midst of an exciting breakthrough

Avid golfers in this region might well be puzzled by the fact that over the last 30 yards, the UAE’s local population have for the most part, held an indifferent attitude towards the game. After all, Dubai and Abu Dhabi have been hosting flagship international tournaments for decades now, and the golf courses and facilities here are considered among the finest on the planet. With the stars of the global game making frequent visits to the Middle East and the MENA Golf Tour now set up to offer locally based players the perfect competitive platform in which to propel their games to an international standard, the time is surely now for Emiratis to embrace the sport.

But it’s not that simple, and it won’t happen without a concerted push. “Have you ever been tempted to take up fencing?” asks Greg Holmes, PGA professional and coach to the UAE National squad. “It wouldn’t occur to you. It’s not in your culture.”

“The problem is, golf has never really been promoted within the schools and driven at a grass roots level here. Without question, the sport has become a lot more fashionable of late, and we’re trying to capitalise on that.”

Countries with a rich golfing heritage that produce champions all have a well-established infrastructure that brings youngsters into the game and retains them. And this year, a collaboration between the Emirates Golf Federation and Golf DXB has led to the formation of the most comprehensive (and successful) Emirati recruitment drive ever conducted in the UAE. Golf Digest Middle East met with the EGF’s Robert Fiala and Greg Holmes, and Golf DXB directors Tom Green and Marcus Dunning last month to witness the dramatic impact this initiative is already having in bringing the next generation of Emiratis into golf – and keeping them there.

Robert Fiala (EGF) on the National Junior Development programme:
“One of the programmes we’ve implemented within the Emirates Golf Federation is the National Junior Development programme, which Golf DXB are helping to power. So what we’re doing is working closely with the Government Bodies of Education in Dubai, to get into physical education programmes. Hopefully what we can then do is put on some teasers within the schools and bring those kids who are interested in golf to the golf clubs around the UAE. We want to help turn these children into athletes, not just golfers. This programme that we’re running through the federation, it’s not only at Meydan, it’s spread across nearly all the golf clubs throughout the UAE. We’re seeing growth in all the emirates, not just Dubai and Abu Dhabi.”

Greg Holmes (EGF National Head Coach) on keeping the kids hooked on golf:
“The key is once we’ve got them out of the schools and onto the driving range, it’s important that we make it fun. There are many other skills involved in golf, it’s not just standing there hitting the ball, it’s the motor skills. At grass roots levels, children need to build good foundations in order to move to the next level and achieve international success. What we need to encourage more going forward is for the kids to spend more time on the course itself, because that is the best teacher.”

Tom Green (Director, Golf DXB) on working with the schools:
“We’ve been going to a variety of different schools, all with high Emirati populations. We’ve identified the kids who have ability and the feedback has been great. We’ve seen 150 children at least once in the past year and now have a group of 40 or 50 who are playing on a regular basis. I think currently this is the largest number of Emirati children who have actively played at once.”

Aaron Williams (PGA Instructor, Golf DXB) on their coaching methods:
“First and foremost, they have to enjoy the game. In each session we do some full shots, chipping and putting. We like to make it fun, with some different challenges introduced so that the kids can compete with one another. As they get hooked, we start to focus on technique more.”

Tom Green on plans for the 2016/17 season:
“We’re introducing the foundation squad. That’s a group of around 15 children who have really committed to it and taken a strong interest in the game. We’ve done a lot of driving range work with them and a lot of work on our short course at the end of the Meydan range. So now we’re looking to get these guys playing on par 3 holes and then modified tees, so when they reach 14 years of age, they will be at a really good standard.”