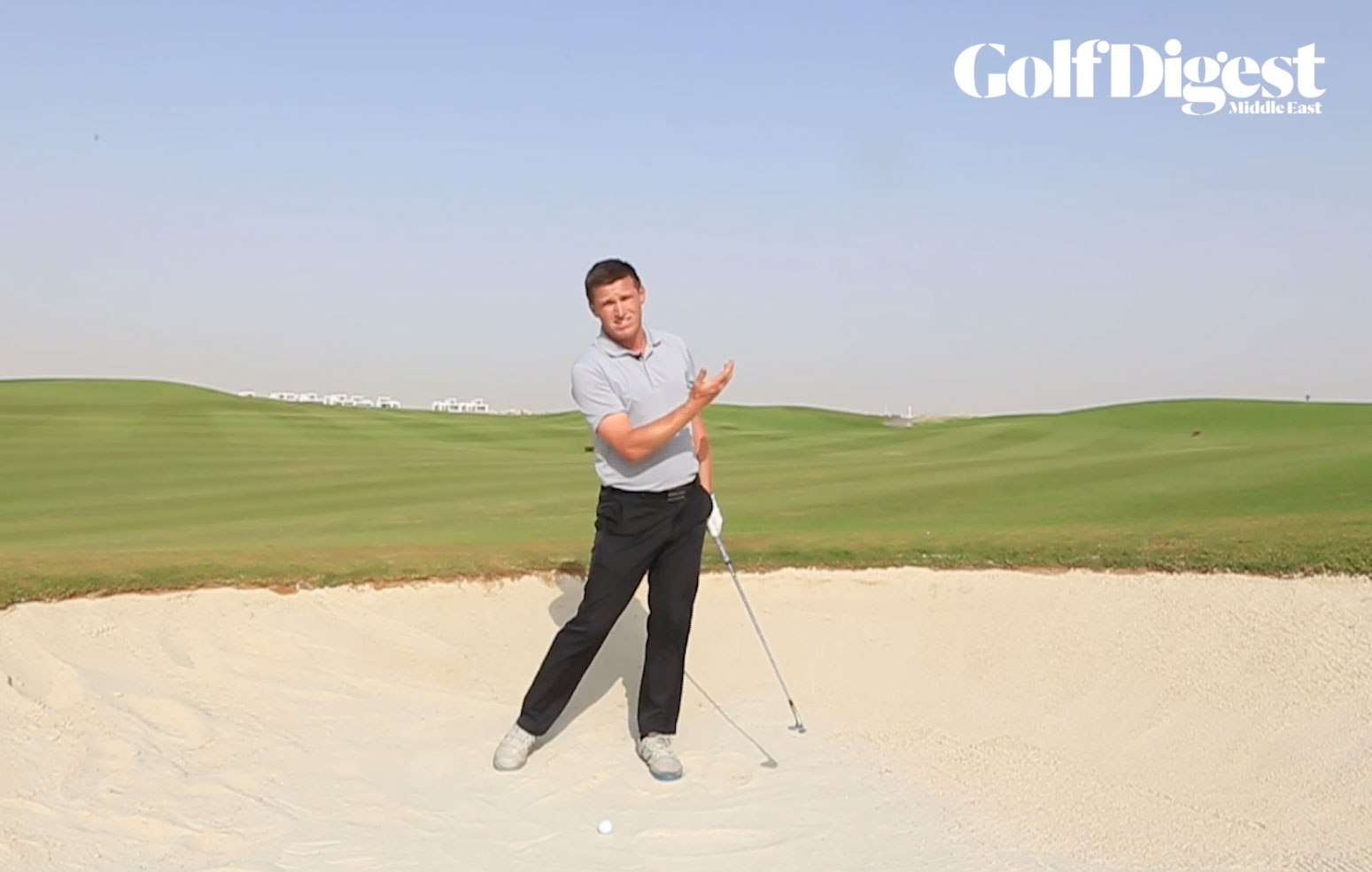 I don’t teach every player the same method when it comes to greenside sand shots. So depending on your skill level, here are two different ways to tackle bunkers:

Scroll down for the video

Keys for the higher handicapper 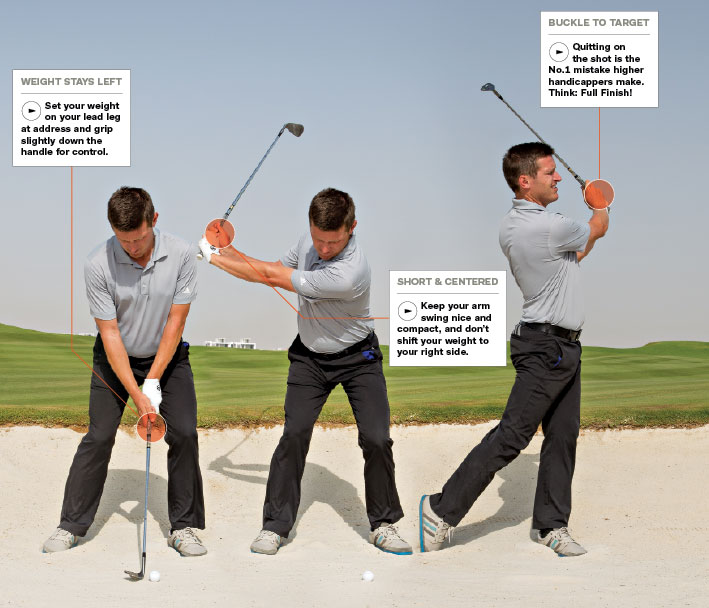 Good golfers will typical seek to control their ball from the greenside bunker and at least hit it close enough to give themselves a reasonable look at a putt, but for most average players, just getting the ball out in one go is a perfectly reasonable target. For those players, I would recommend starting with your weight on your lead side (left for righthanders), gripping down on the club slightly and addressing the ball with a slightly open clubface. Your feet will be slightly open to the target to compensate for the open clubface.

Higher handicappers should be looking to keep it as simple as possible in the bunker. Keeping your weight on your lead side, make a short backswing and then crucially, concentrate on swinging into a good finish position, making sure you post up on that front leg. Where most players go wrong is they fail to complete the swing and the club decelerates as a result. Once you’ve got those set-up basics in place, just focus on a short, compact backswing and a confident, full followthrough, making sure to strike the sand just before the ball. Do that, and the ball should pop up and out nicely.

Technique for the better player 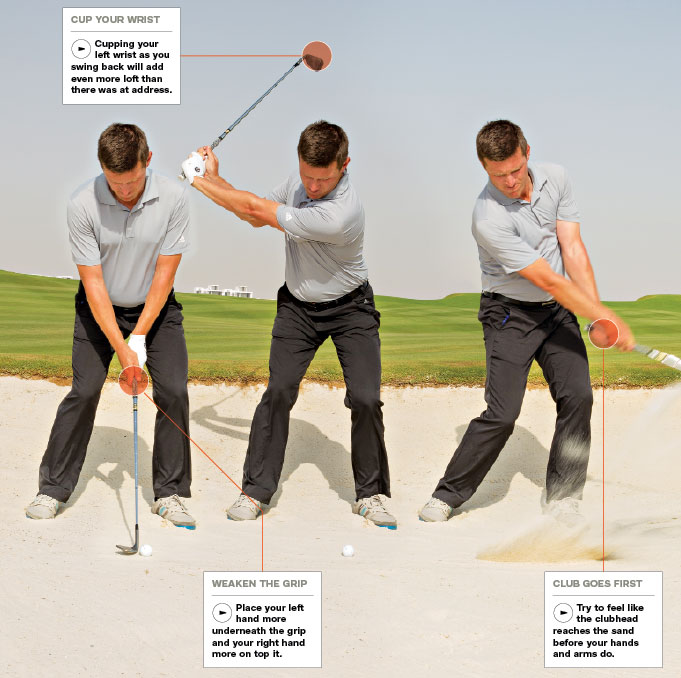 Players who have no trouble finding the putting surface from a greenside bunker will want to look at ways they can gain even more control and make more sand saves. Again, this starts at set-up. Firstly, weaken off your grip. For a righthander, that means only one knuckle should be visible on your left hand and your right hand should sit more over the top. Now, we’re going to open the clubface even further, keeping the weight on the lead side. When you make a backswing, feel like you cup the left wrist to add even more loft to the clubface.

On the downswing, think of doing almost the opposite of what you do in your full swing. You want to feel like the clubhead almost beats the hands back to the ball. That will give you the sensation of adding loft, which will help the ball to pop up nice and soft so when it lands it should stop quickly.