The Future of Golf 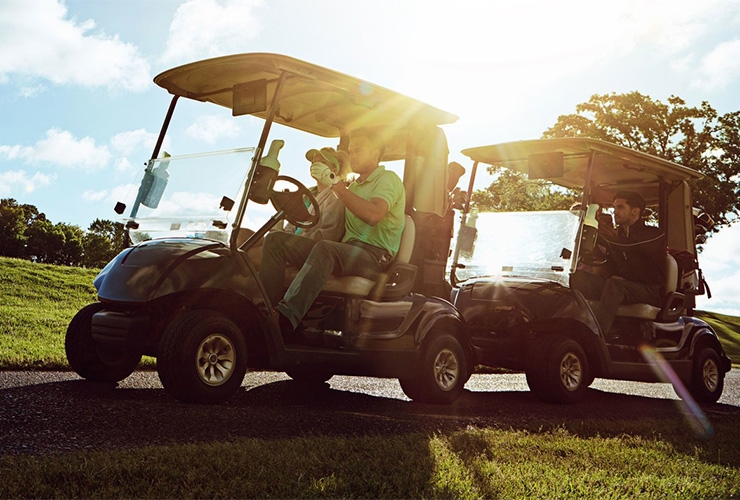 By Ryan Herrington
It’s one of the game’s unique and abiding traits: For any given round, golfers of all skills can compete against one another by virtue of having a Handicap Index that measures their ability. So what if you can’t break 90! You could be teeing it up against Jordan Spieth or Lexi Thompson and, based on your score, quantifiably say you played better than a major champion.

There is, however, a flaw in the system. Specifically, there isn’t just one system for calculating handicaps. While the USGA formula is used by the largest number of golfers worldwide—roughly 10 million of the 16 million who have handicaps—it coexists with five other systems, none of which easily translates with one another. In Great Britain & Ireland, there’s the Council of National Golf Unions (CONGU), which computes handicaps incrementally off a limited number of rounds. In Europe, they use a variation of CONGU called European Golf Association. Australia, South Africa and Argentina use their own systems similar to the USGA’s. Suddenly, the virtue of having a handicap isn’t quite so virtuous.

Enter the World Handicap System (WHS), announced jointly on Tuesday by the USGA and R&A, the result of six years of conversations, deliberations and mathematical modelling among the statistical gurus who oversee the current formulas. The goal? To clear up confusion and create a single Handicap Index that’s easy to obtain and maintain, and is truly portable.

“We’d hear about the challenges [of multiple systems] constantly,” says Steven Edmondson, the USGA’s director of handicap and course rating. “Finally, we just all decided it was time. It was really everyone saying, ‘Wouldn’t one system be better for the game?’ ”

Slated to go live Jan. 1, 2020, the new World Handicap is part of a larger shift in how the game approaches handicapping. Having laid out a set of 10 foundation principles, the USGA and R&A have outlined a set of handicapping rules that will become codified much the same way there are rules that govern equipment around the world. 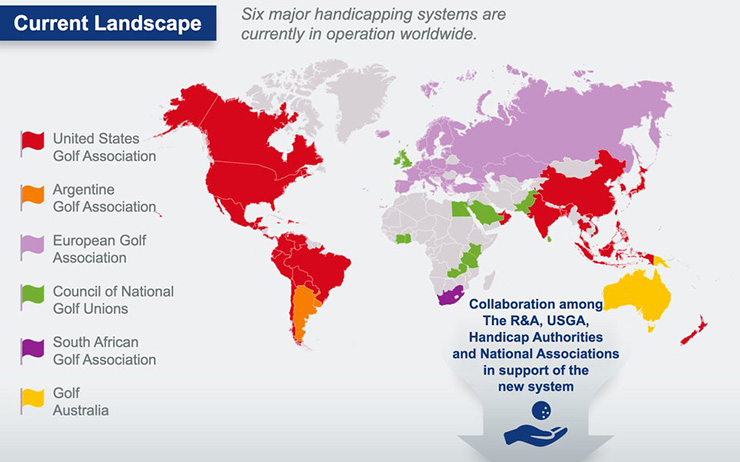 Courtesy of the USGA and R&A

The good news for American golfers is that the WHS will look and feel much like the current USGA system. The WHS formula will be average-based, pulling from a golfer’s last 20 rounds (though all you need are three to establish a handicap) to calculate an index based on your best eight scores. (The current USGA system takes 10.) The new formula, which will count both nine- and 18-hole scores, will use a course’s Slope and Rating and will continue to produce an Index based off a players’ potential that’s then translated to a “playing handicap” for each set of tees at each course. One difference: These playing handicaps will represent the number of strokes a golfer gets in relation to par, rather than Course Rating, which will make it easier to run competitions where player use multiple tees (such as mixed tournaments).

Edmondson says most players with a USGA index won’t see their number differ under the WHS formula. There will still be plus-handicaps for the best of the best, and scratch golfers will remain in the neighbourhood of a 0 Handicap Index. What will change is the top end of the scale, with a maximum players’ index being 54.0 for both men and women, up from 36.4 for men under the USGA system and 40.4 for women.

“Our research showed some people were intimidated to get a handicap because they didn’t think they were good enough,” says Edmondson, noting only 10 to 15 percent of golfers in the United States have a handicap. “We’re hoping this sends a message that anybody can have one.”

Perhaps the biggest adjustment from the USGA system is that the highest score a player can take for any given hole is net double bogey, regardless of their index. Edmondson says their modelling shows this should have a minor impact on most handicaps but will prevent Indexes from jumping up artificially—you’ve been warned, sandbaggers!—a concern for officials who oversaw the CONGU and EGA systems in switching from incremental formulas to an average-based model. 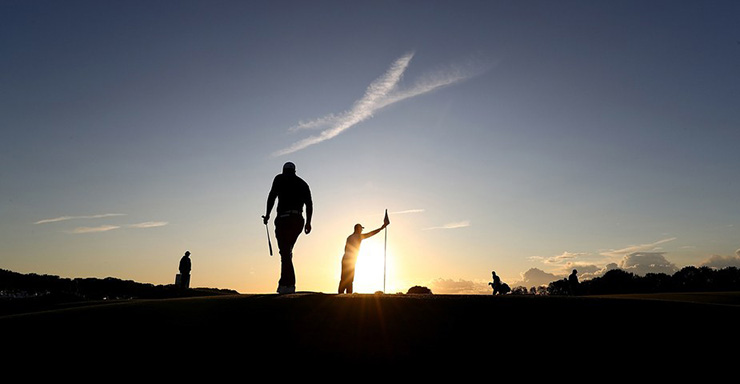 Uniting the six current handicap systems into one World system will help make getting a handicap easier. (Dean Mouhtaropoulos)

Modern computing will also allow the calculations to be more intuitive. For instance, players’ Indexes will be updated daily rather than every two weeks. And the formula will have a “playing conditions adjustment” component. Ever shoot an 84 that feels more like a 79? Or vice versa? The WHS seeks to account for those days. If the average score posted at a course on any day is statistically unusual—high or low—the WHS algorithm will essentially create an adjustment to the formula it uses to create your handicap. So you might shoot a score that isn’t great by your standards, but if everyone else is struggling, say, because of bad weather, say, that round may count when calculating your Handicap Index.

For the six organizations to arrive at the new WHS, each made concessions. The USGA agreed to adhere to a 2016 change disallowing scores from rounds played alone. Other handicap systems have long frowned upon counting these solo rounds. CONGU and EGA golfers, who have traditionally counted only tournament scores, will now count scores posted for other types of rounds. Some supporters of the CONGU and EGA systems feared the switch would mean sharp spikes or drops in handicaps, and the move to accepting nothing greater than net double bogey on any hole was meant to address this concern.

Between now and 2020, Edmondson says officials will use real scoring data to help refine the final formula and will start outreach programs around the world to help educate golfers on the changes taking place.

“It’s been a long process,” Edmondson says, “but ultimately it will be something I think we’ll all look back on as a good decision.”