USGA, R&A Propose Sweeping Changes To The Rules Of Golf 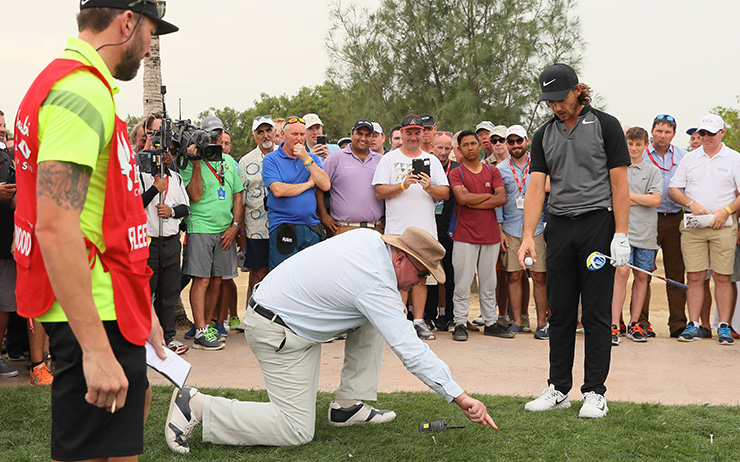 What began in 2012 with small discussions from key members of golf’s governing bodies about what to do with a set of rules that many felt were unwieldy, undesirable and, often, unintelligible has evolved into a large-scale attempt to revise the way the game is played. The results of this five-year dialogue was finally revealed Wednesday.

The most likely scenario: Starting in 2019, the Rules of Golf, authored jointly by the United States Golf Association and the R&A, and used by millions of golfers worldwide, will look very different than it does now.

“There was a recognition on both sides of the pond to take a new look at it, an agreement to put everything on the table and do something good for the game,” says John Bodenhamer, USGA senior managing director of rules, competitions and equipment standards. “We’re very happy with what we’ve come up with and excited to see how golfers of all levels feel about what we’re proposing.”

Before anything is changed, everyday golfers will have several months to write, email or call the USGA and give their opinion about the rules they want to change, the rules they haven’t changed and what you would change. Once that comment period is done on August 31, rules makers say they will review the feedback, finalise a new set of procedures and penalties, and announce them early in 2018 for 2019 implementation.

Currently there are 34 rules, and the proposal is for a smaller and easier-to-understand book with 24. To do this, USGA and R&A officials want to consolidate many of rules sections. Examples: The terms abnormal ground conditions and obstructions are expected to be merged to create abnormal course conditions. Similarly, loose impediments and moveable obstructions would be under a single rule. Officials also would like to take the rules related to the committee out of the book and put them in a separate “procedural” document.

SEE ALSO
A comprehensive guide to the new Rules of Golf

The proposal includes publishing a simpler version of the rules called the Players Handbook. It will be a reference guide to the most common rules situations encountered during a round. It will be written in language more recognised by golfers around the globe, instead of the legalese found in the current book.

And if you’re wondering what becomes of the voluminous Decisions on the Rules of Golf, it will now be known as The Handbook.

“The guiding principle for everything we propose is that it should be easier to understand and put in play,” Bodenhamer says. He added that USGA employees have been “test driving” the proposals during casual rounds and the results have been very positive—especially in speeding up play. 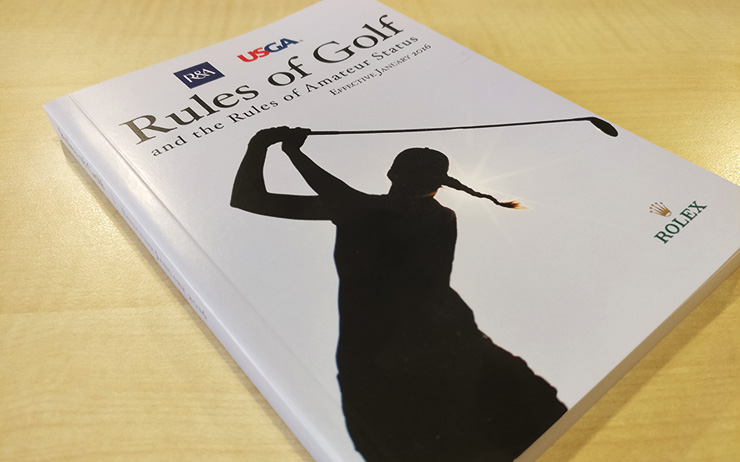 Among the proposed changes is a reduction on the time you can search for a lost ball from five minutes to three. A simplification of how to drop a ball, allowing for golfers to even hover it one inch off the ground before releasing it, is also offered. Unlike placing a ball, the one-inch drop still allows for an unpredictable lie, officials say.

They’re also hoping to do away with players having to remove a flagstick before putting and have a recommended time for making a stroke (less than 40 seconds). And they have proposed a new form of stroke play where total number of shots for any hole can be capped (double par, for example).

Golfers also would no longer get clipped if they accidentally caused a ball or ball-marker to move on the putting green, or if they want to remove loose impediments in a hazard (to be called a “penalty area”). There definitely is a “friendlier” theme to the changes, Bodenhamer says.

So what’s missing from the proposal? If you were hoping stroke-and-distance penalties for losing a ball or hitting it out-of-bounds were going away, the rules makers were “not there, yet,” Bodenhamer says. They could have treated an out-of-bounds situation the same as if you had hit into a lateral water hazard, so you wouldn’t have to return to the previous spot to play your next shot. But they couldn’t come up with a sensible way of handling lost-ball situations. “Where do you drop when that happens?” Bodenhamer says.

That being said, Bodenhamer says the decision to leave stroke-and-distance penalties in the book is not final. “We’re not decreeing it from on high. We’re really curious to hear what people think and offer as solutions for stroke-and-distance.”

CURRENTLY THERE ARE 34 RULES, AND THE PROPOSAL IS FOR A SMALLER AND EASIER-TO-UNDERSTAND BOOK WITH 24. TO DO THIS, USGA AND R&A OFFICIALS WANT TO CONSOLIDATE MANY OF RULES SECTIONS.

Another rule that probably won’t change is relief from a divot hole. Jack Nicklaus famously said they should be treated as ground under repair, but the organisations felt that players encounter good breaks and bad breaks throughout a round, and this is one of those times when the golf gods are not on your side.

One point of emphasis in the proposed changes that might be agreeable to golfers on the professional tours is less use of video review when determining whether a penalty has occurred. Specifically, the USGA and R&A would like to give players the benefit of the doubt when estimating or measuring, such as for a drop after hitting into a penalty area (hazard). If the golfer did everything that could be reasonably expected to get the drop area correct, he or she will not have that drop scrutinised later by watching a video replay or some other evidence gathered after the fact.

“People are imperfect and there are times you cannot be precise when measuring,” says Craig Winter, the USGA’s rules director. “We want there to be a built-in margin of error so the golfer is not penalised when they thought they got it right.”

Player integrity is being emphasised in the proposal, Bodenhamer adds. That includes allowing courses and committees to adopt their own standards of player conduct and put more obligations on players to marshal themselves.

“We’re still thinking about how we are going to train the trainers, so to speak,” he says. “The education component of this will be handled more intentionally than we’ve ever done.” – By Ron Kaspriske