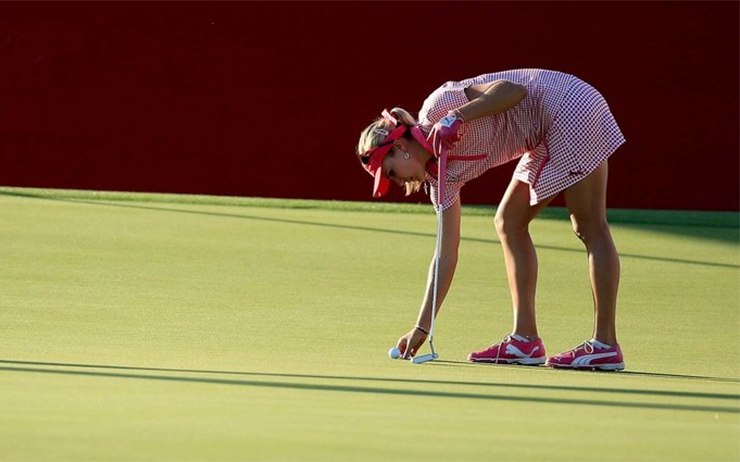 Well, that was fast.

In an uncommonly swift reaction to the uproar that ensued after Lexi Thompson was penalized four strokes while leading late in the final round of the recent ANA Inspiration, the USGA and R&A have announced the implementation – effective immediately – of a New Decision to the Rules of Golf that will mitigate the power of video evidence while reinforcing the traditional reliance on player integrity in making rulings at televised events.

New Decision 34-3/10 is not in itself a rule. Instead, it will implement two interpretative terms that tournament committees can apply to limit the use of video – “reasonable standard of judgment” and “naked eye.”

The first relates directly to how Thompson earlier this month incurred a two-stroke penalty when officials reviewed video evidence after an email from a television viewer received on the Sunday of the ANA alleged that she had replaced her ball on a short putt about an inch from its original spot during the third round the day before. Afterward, Thompson said that she had been unaware of missing the original spot and had done so unintentionally.

The new decision now states that when a player determines a position in situations that include the nearest point of relief or replacing a lifted ball, he or she should not be held to “the degree of precision that can sometimes be provided by video technology.” According to the key language, “so long as the player does what can reasonably be expected under the circumstances to make an accurate determination, the player’s reasonable judgment will be accepted, even if later shown to be inaccurate by the use of video evidence.”

“We are trying to make sure that players that are on television are not held to a higher standard than others playing the game,” said Thomas Pagel, the USGA’s senior director of rules. “Television evidence can reveal facts that as a human being you could not reasonably have known in the playing of the game. A player could do everything he or she could to get it right, but video evidence could still show that they got it a little wrong. And the only reason we can know they got it a little wrong is because we’ve been able to slow down, pause, rewind, replay, all the things that the player on the golf course doesn’t have the advantage of doing.” 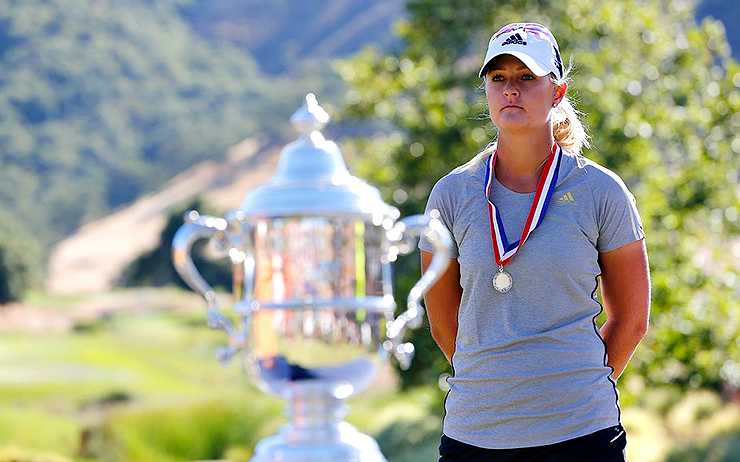 Anna Nordqvist of Sweden watches the awards ceremony on the 18th green after losing a three hole playoff against Brittany Lang after the final round of the U.S. Women’s Open. Nordqvist was ruled to have grounded her club on the 17th bunker and was assessed a two stroke penalty. (Photo by Jonathan Ferrey/Getty Images)

The “naked eye” standard is a response in large part to Anna Nordqvist being penalized two strokes during her three-hole aggregate playoff with Brittany Lang at last year’s U.S. Women’s Open after high-definition, slow-motion video showed her to have brushed sand during her backswing in a fairway bunker on the second hole of the playoff. Nordqvist said she had been unaware of touching the sand. The new decision states that if a committee concludes that such an act “could not reasonably have been seen with the naked eye and the player was not otherwise aware of the potential breach, the player will be deemed not to have breached the Rules, even when video technology shows otherwise.”

A foundational subtext for the new decision was the one-stroke penalty that Dustin Johnson was assessed in the final round of last year’s U.S. Open after video evidence was used to determine that he had caused his ball to move while preparing to stroke a short putt on the fifth green. Johnson contended that his actions had not caused the ball to move. Unlike Thompson and Nordqvist, Johnson went on to win, but the outcry about the ruling led the USGA and R&A to enact within six months a Local Rule that states a ball at rest on the green that is accidentally moved by the player can be replaced without penalty.

With today’s announcement, the USGA and the R&A have responded to a specific situation and implemented a change with unprecedented speed. “I can’t speak historically,” Pagel said, “but certainly in my time, it’s the fastest we’ve acted.”

Both of the new standards have been extensively discussed as part of the Rules modernization initiative, scheduled to take effect on Jan. 1, 2019, which is intended to make the rules more understandable and concise. The “standard of reasonable judgment”, designed to limit the second-guessing that can result from video evidence, was proposed under the rules modernization initiative on March 1, and will now be adopted.

The incentive to act was the result of a general acknowledgement that the use of video evidence was continuing to cause controversial rulings with potentially unjust outcomes that were having a negative impact on the perception and business of the game.

“From Day 1 following the incident with Lexi Thompson, the various partners in the game’s administration shared that concern, not just the players or the tours,” Pagel said. “The urgency here was not through anything we might have been hearing through the media per player comments. The urgency here was we knew we had a solution and we wanted to act quickly. It’s the right thing for the game. If we were to stand back and say, We know we have these standards, we know we will have them in 2019, let’s just go ahead and wait, that wouldn’t be the right thing for the game.”

When the leaders of golf’s major stakeholders – the USGA, R&A, PGA Tour, European Tour, LPGA and PGA of America – were brought together at the Masters, it provided the setting catalyst for change. LPGA commissioner Mike Whan was the most aggrieved leader over the “Lexi Ruling” and was central to a spirited discussion about whether the use of video needed to be altered. Whan later said he was “optimistic about the potential outcome of those discussions.”

As part of Tuesday’s announcement, USGA executive director/CEO Mike Davis said, “This important first step provides officials with tools that can have a direct and positive impact on the game. We recognize there is more work to be done. Advancements in video technology are enhancing the viewing experience for fans, but can also significantly affect the competition. We need to balance those advances with what is fair for all players when applying the Rules.”

Added Martin Slumbers, chief executive of the R&A: “We have been considering the impact of video review on the game and feel it is important to introduce a Decision to give greater clarity in this area. Golf has always been a game of integrity, and we want to ensure that the emphasis remains as much as possible on the reasonable judgment of the player rather than on what video technology can show.”

Conspicuously absent from Tuesday’s announcement was any alteration or elimination of two issues that players in particular have been vocal about: allowing viewer call-ins alleging rules infractions, and the rule that adds an additional two strokes for an incorrect scorecard for a penalty that was assessed after the scorecard was signed, which is why Thompson was assessed four strokes instead of just two. The USGA and R&A have assigned a working group from the professional tours and the PGA of America that will review those and other existing rules and possibly recommend changes.

“Everything about television call-ins is on the table, including should we take any at all,” Pagel said. “The Rules of Golf, and committees applying the Rules of Golf, currently treat all evidence as evidence, regardless of the source. Should it be broken down so that evidence can only come from someone on the golf course versus someone off the golf course? Should the committee be the only ones who reveal fact through television? These are all questions if we were to react quickly and make a decision here, I’m not sure we would be fully aware of the consequences those outcomes. We might create even greater controversy than we’ve seen today. 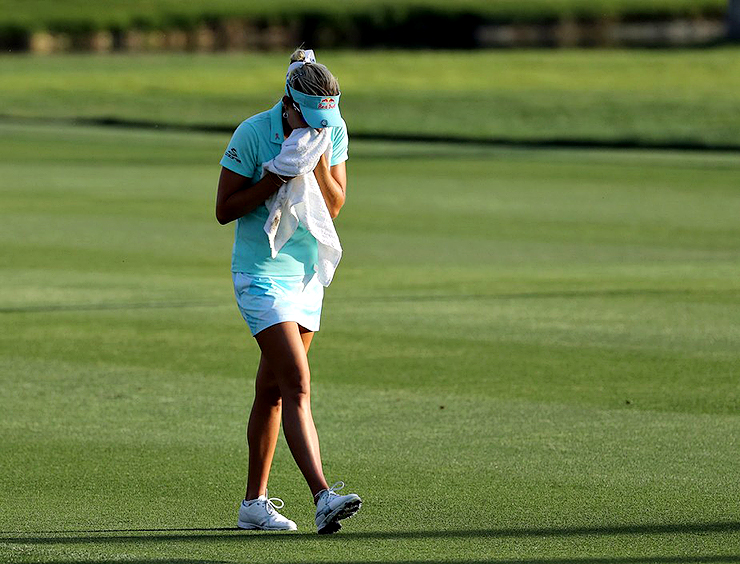 “The same applies to the question of the penalty for an incorrectly signed scorecard [after a penalty is retroactively assessed]. There’s a finality to scoring to when the competition is closed after the final round. Whether a similar finality could be applied at the close of every round is something that potentially will be discussed. Those questions are going to be the focus of the work group.”

The standards in the new decision do not change any of the current requirements regarding player integrity in following the rules and ensuring their observance by fellow players. A player must still act with care, report all known breaches in the rules and try to do what is reasonably expected in making an accurate determination when applying the rules. And a player can still be penalized regardless of his or her explanation.